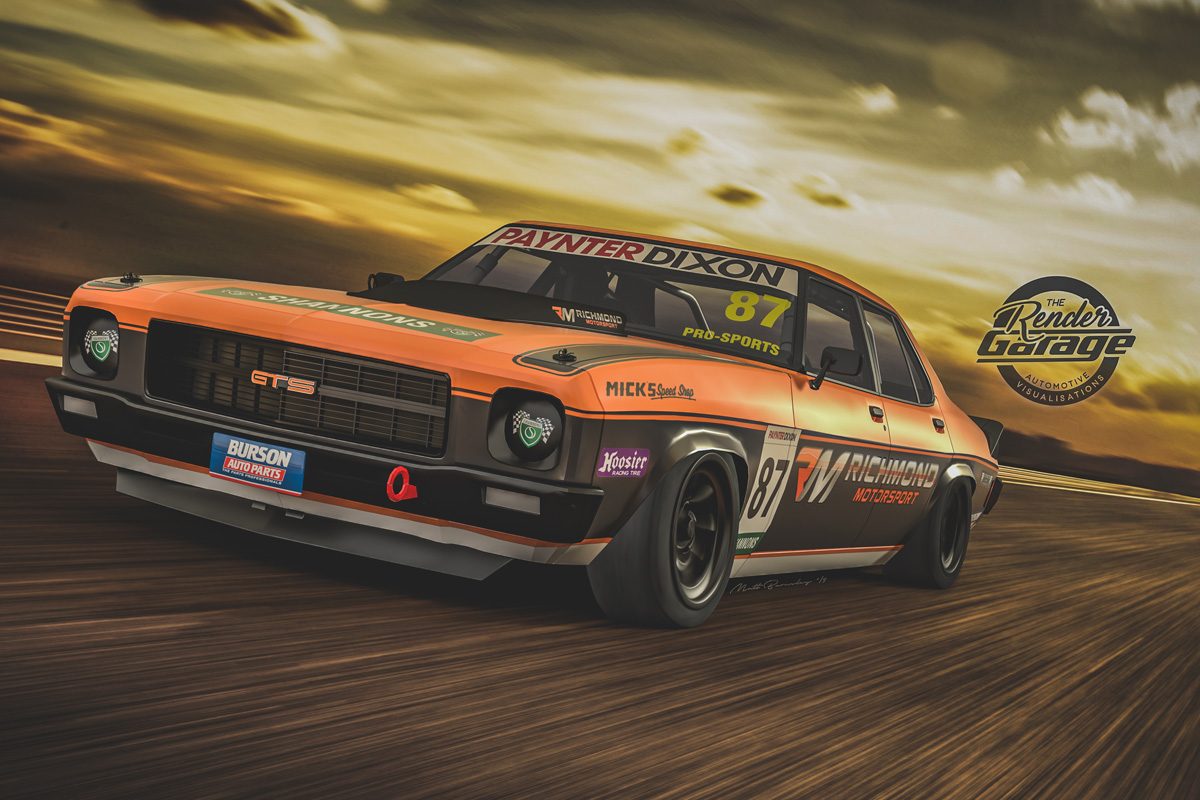 Richmond Motorsports is developing an all-new HQ Holden in readiness for a debut in the 2020 Paynter Dixon Touring Car Masters season.

The Melbourne based operation has revealed renders of the car which team owner Matt Richmond hopes to race next season, while early fabrication work on the car has begun.

“Essentially it was just a bit of a Kingswood with a three speed on the tree sort of thing, but we have gutted it and started completely fresh with it,” Richmond told Speedcafe.com.

“But the beauty of the car that we got was there was minimal rust in it, and then it had a couple little patches and the floors were perfect.

“So to convert it into a race car was the best option, because we knew that structurally it was really solid, so to work from that we weren’t trying to reinvent the wheel in fixing it.

“It was just a little bit of rust repair and we could focus our time on the fabrication and the engineering to make the things stop and turn and handle the way we needed it to.

The fabrication process will see significant work go into transforming the nearly 50-year-old road car into a racer, with the rear end in particular receiving special attention.

“We’re redoing that whole rear end on the HQ to try to bring it as low as humanly possible, just to bring the center of gravity and all that sort of stuff down,” Richmond explained.

“We’re having to widen the rear guards a little bit to accommodate the tyres, and make it all sort of work.

“So, a bit of our inspiration’s been Ryan Hansford’s Torana with how low that they’ve managed to get that, and all the work that’s gone into making that one work.

The car will initially feature the category’s ‘control’ engine, though Richmond is open to revisiting that decision down the track.

“We’re going to run the TCM control engine, the LS motor,” he explained.

“It’s not an overly expensive motor to build compared to what some of the guys are running out there.

“Maintenance is quite a lot less as well, and if it gets us at least out there and on the track and running around and enjoying ourselves a lot sooner, that’s a big thing.

“If we get a couple of big sponsors later on, and we get a bit more support, we’ll definitely look at putting a 350 or something else in there.”

Keen to get into racing, Richmond originally bought the car sight unseen on the chance recommendation from a friend.

“A really good friend of mine who lives in Swan Hill called me one day and he knew that I wanted a project to get into racing at some point, and he had an old fellow drop this car off to his garage and said ‘I’m thinking about selling it; not really sure what to do with it, not really sure what it’s worth’.

“It was immaculate, the shell was absolutely beautiful, so he called me straight away and said I’ve found you a Q, this is too good to pass up.

“So I actually ended up buying the car sight unseen!”

A karter in his younger days, Richmond plans to test the car at Winton, Sandown, and Phillip Island.

“My racing experience in cars isn’t huge, but I’ve always had a love for the Touring Car Masters.

“I used to run a panel shop doing restorations and all that sort of stuff, and always said when I reached a point that I was comfortable, I would get straight into building one of them for Touring Car Masters.

“Later in the year I’ll be racing out with the Excel boys, just getting a bit of track experience, and also dabbling in a couple other categories where I can, just to sort of prepare myself for the big league that is Touring Car Masters.

While he targets the streets of Adelaide and February’s Superloop 500 as its debut, Richmond admits that date might slip to TCM’s second round as development progresses.

“We’re hoping that the car is going to be ready early 2020 so ideally I’d like to make Adelaide, but depending on how we go budget wise, and time wise, it’s probably maybe the second or third round into next year.” 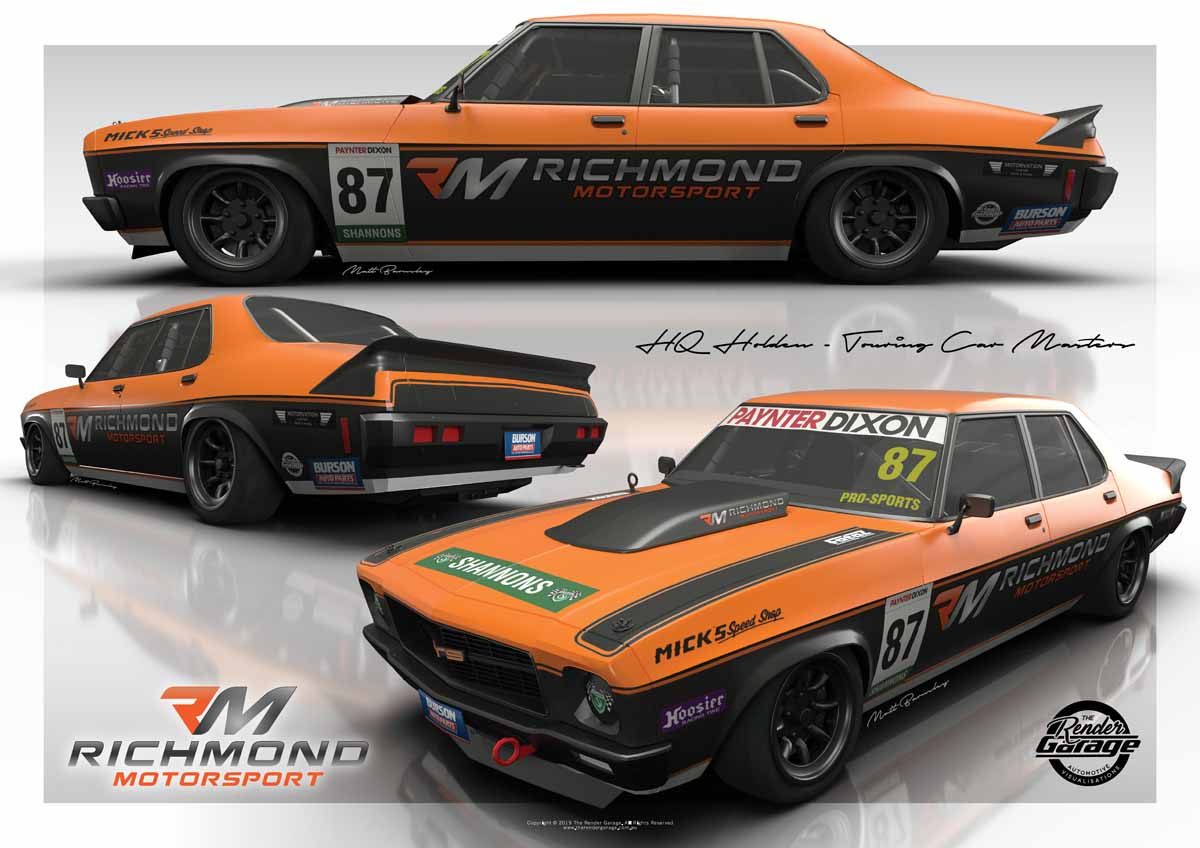