Haas ‘in the shit’ after disastrous French GP

Haas ‘in the shit’ after disastrous French GP 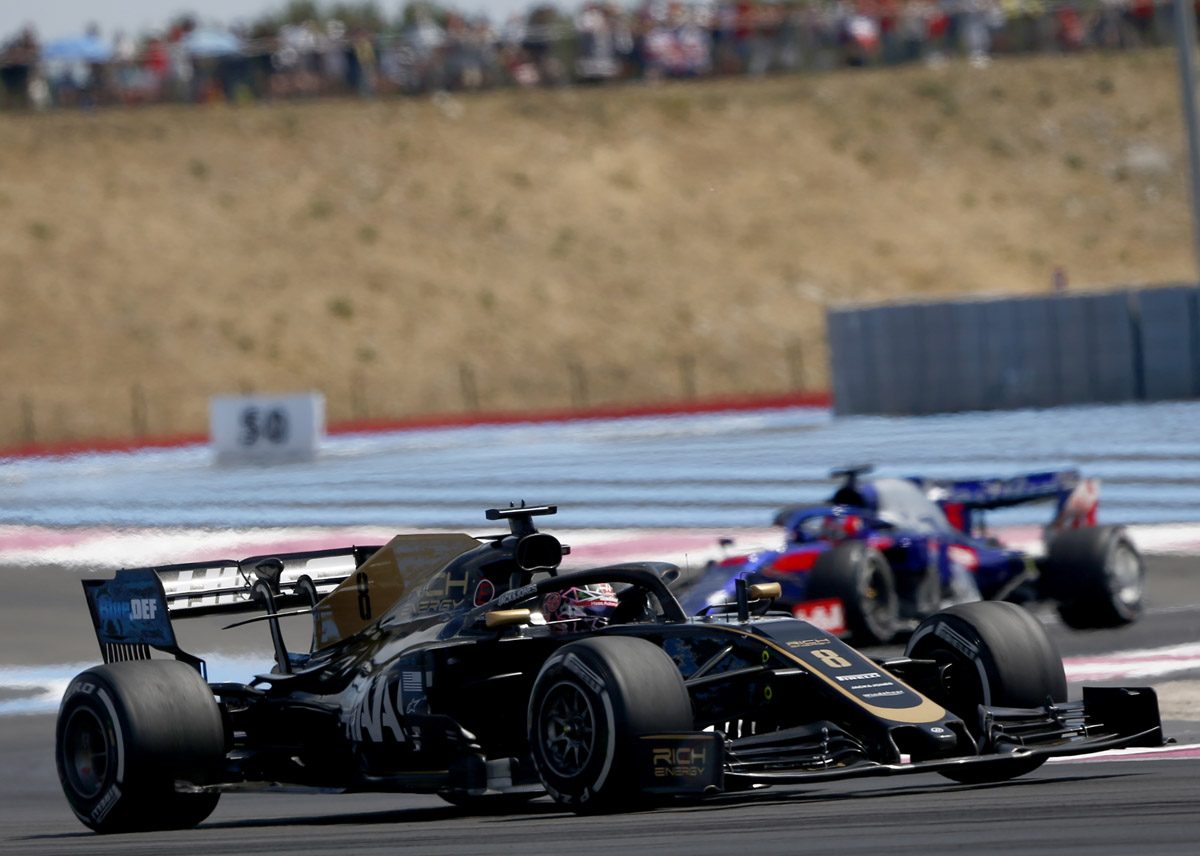 Kevin Magnussen finished a lowly 17th place at Paul Ricard while Romain Grosjean was the race’s only retirement.

It followed an equally disappointing qualifying session in which Grosjean was eliminated in the opening phase and Magnussen was only 15th fastest, the slowest of those to progress through to Qualifying 2.

With an explanation as to why it struggled, team boss Steiner admitted that his team is now up against it.

“I’m not getting depressed; ‘anger’ is the wrong word,” he said.

“This is not like if you get depressed you give up, we never give up.

“In racing, the day you give up, you stay where you are. You need to get the anger out, and just keep on working.

“That is what I told the guys, ‘You need to work a lot more now than you did before, because now we are in the shit’.

“There’s no point to wait for something coming up, you need to go back now and understand why we are where we are.

“Then, once you know why you are where you are, you can find solutions.”

The Italian, famed for not pulling punches, admitted that the French Grand Prix was by far the worst in the team’s history.

“In the four-year history, I think this was our worst weekend all in all,” he reasoned.

“What is bizarre for me (is that we had) a car which was good enough to qualify seventh and eighth at the first race, and then sixth in Monte Carlo, all of a sudden we are second-last.

“Don’t ask me what it is, I don’t know, so don’t even ask me please, because I couldn’t answer it. We need to find out.

“It’s very disappointing to be honest, because ending up in this situation and not having an understanding of that, that is the worst of all.”

The French Grand Prix comes off the back of a similarly disappointing Canadian Grand Prix, where the team could do no better than 14th and 17th for Grosjean and Magnussen respectively.

A crash for Grosjean in qualifying compromised his weekend, though there were no such complications in Paul Ricard.

“This was a lot worse than Montreal,” declared Steiner.

“Already on Friday we weren’t good. In Montreal, at least the qualifying (went alright), we got in with one car into Q3.

“Here we were happy to get one out of Q1, so it’s a lot worse that one.

“Then if you think in Monte Carlo we qualified sixth. It’s difficult to say in Monte Carlo because everyone’s going slow for obvious reasons, but the race pace was there as well.

“It’s very bizarre, the whole thing. Romain commented the car is nice to drive, but it’s slow. ‘You don’t have snap oversteer or understeer?’ No. It’s fine. It’s just slow, not enough grip.”

Grosjean had a brief squabble with Daniel Ricciardo after the Australian took service during the race, briefly running off-track while completing the pass.

It prompted a frustrated Grosjean to call out the Renault driver’s mistake over the radio, though post-race Ricciardo couldn’t even recall the incident.

“He rejoined the track very dangerously and I had to go round the outside,” Grosjean reported to the team.

Asked about the incident post-race, Ricciardo drew a blank.

“Grosjean? What the f**k was I doing?” he quizzed.

“I didn’t even know I was racing Grosjean.

“I’ll try to remember the Grosjean thing and if I did sorry,” he added.

“I’d rather try than sit behind and be a loser the whole race.”

Having sat as high as fourth, Haas has now slipped to ninth in the constructors’ championship standings, with only the pointless Williams behind it.

Formula 1 continues this weekend at the Austrian Grand Prix, with practice set to begin on Friday at 1900 AEST.