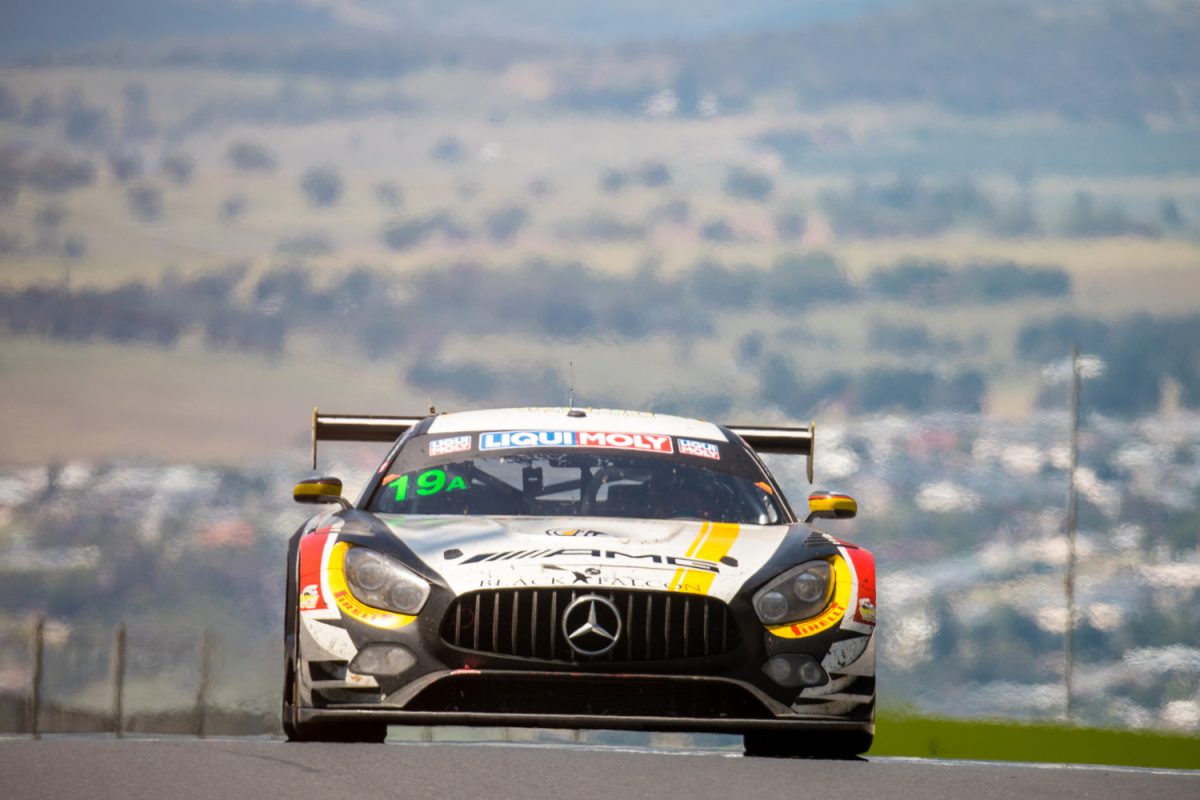 Australian GT organisers have confirmed that the championship will return to Mount Panorama with a round at next year’s Hi-Tec Oils Bathurst 6 Hour.

As predicted by Speedcafe.com, the CAMS Australian GT Championship will join the Easter event, with a pair of 60-minute races.

While Australian GT is slated to hold its own competition during this November’s Challenge Bathurst sprint event, the races will be the first for the category at the circuit since the first hour of the Bathurst 12 Hour counted as its season opener in 2013.

“This is an exciting announcement that will pave the way for a new look championship next year,” said category rights holder Jim Manolios.

“Australian GT is one of Australia’s premier categories and as such we want all our racing at the best and most exciting circuits in the country – Bathurst ticks all the boxes in spades.

“Bathurst and GT cars are made for each other, there’s no question about that, so from the outset we always felt the right way forward for Australian GT was to have more racing on the Mountain, and James O’Brien (event promoter) agreed.

“The round will swing nicely off the back of the inaugural Pirelli AGT SuperSprint set for Challenge Bathurst later this year, a great opportunity for teams to do some valuable pre-season testing ahead of the Easter round next year.”

O’Brien, of Yeehah Events, added, “There’s no denying there is a great affinity between Bathurst and sportscars.

“The fans have fallen in love with the exotic machinery that circulates Mount Panorama every year during the 12 Hour, so to extend that opportunity to Easter with the return of Australian GT was a perfect fit for us, for AGT and for the fans.”

The Bathurst 6 Hour has typically attracted a number of Australian GT teams who have competed within the Production Sports Car support races, and competitors from that series will be eligible to race with Australian GT at Bathurst next year.

Meanwhile, category manager David Vervaart has foreshadowed that the Bathurst round could be one of a raft of changes for Australian GT in 2020.

“This year we very much inherited what had been put in place 12 months ago,” he explained.

“That left us with little scope to change too many things for 2019 with so many events and calendars locked away in advance, so we made a conscious decision to set the foundations of the 2020 season early so that we can start to plan the expansion of the category into the future.

“On a global scale, GT is on an upswing. In our region of the world alone there are more and more cars competing every season, and there are an awful lot of cars in garages around the country that aren’t being used.

“Globally, finances are affecting the sport, that’s normal, but we need to look beyond that and find a solution that keeps people racing and brings new blood into the sport, and that’s the focus of what our new calendar will look like next season.”

Australian GT continues with its second Australian Endurance Championship round of the season at The Bend on July 12-14.