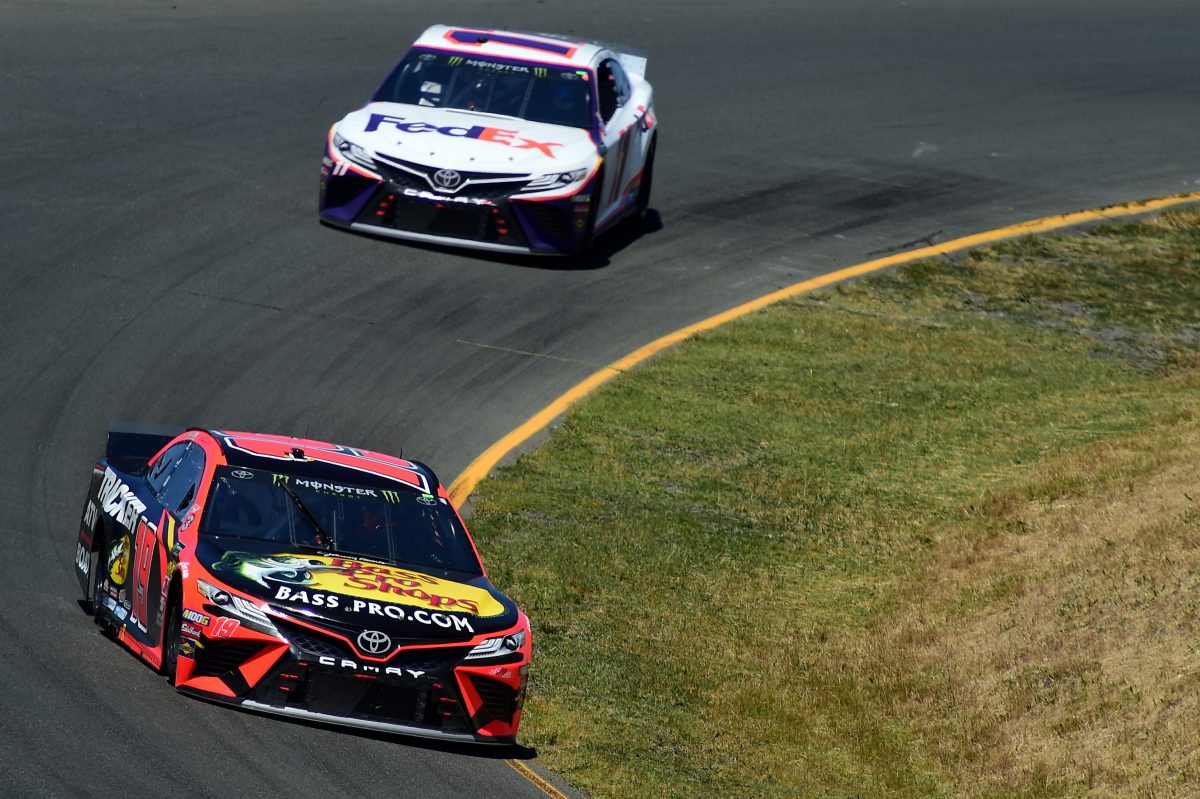 Truex Jnr sacrificed his Stage 2 finishing position by pitting late in the piece to assume the lead for the start of the final stage.

From that point on, he was not headed but for the final pit stop cycle, although the advances of Kyle Busch made for a slightly nervous finish.

Truex Jnr had used a similar strategy to take the lead for the first time at the start of Stage 2.

The #19 Toyota was second for the restart but when Chase Elliott stepped wide at Turn 1, Truex Jnr drove through the gap.

Elliott sat second in the final stage until he succumbed to engine failure.

The top five was rounded out by Ryan Blaney, Matt DiBenedetto, and Denny Hamlin.

Joey Logano’s series lead is just a point over Kyle Busch after the #22 Ford struck alternator problems, with Chicagoland next on June 28-30.