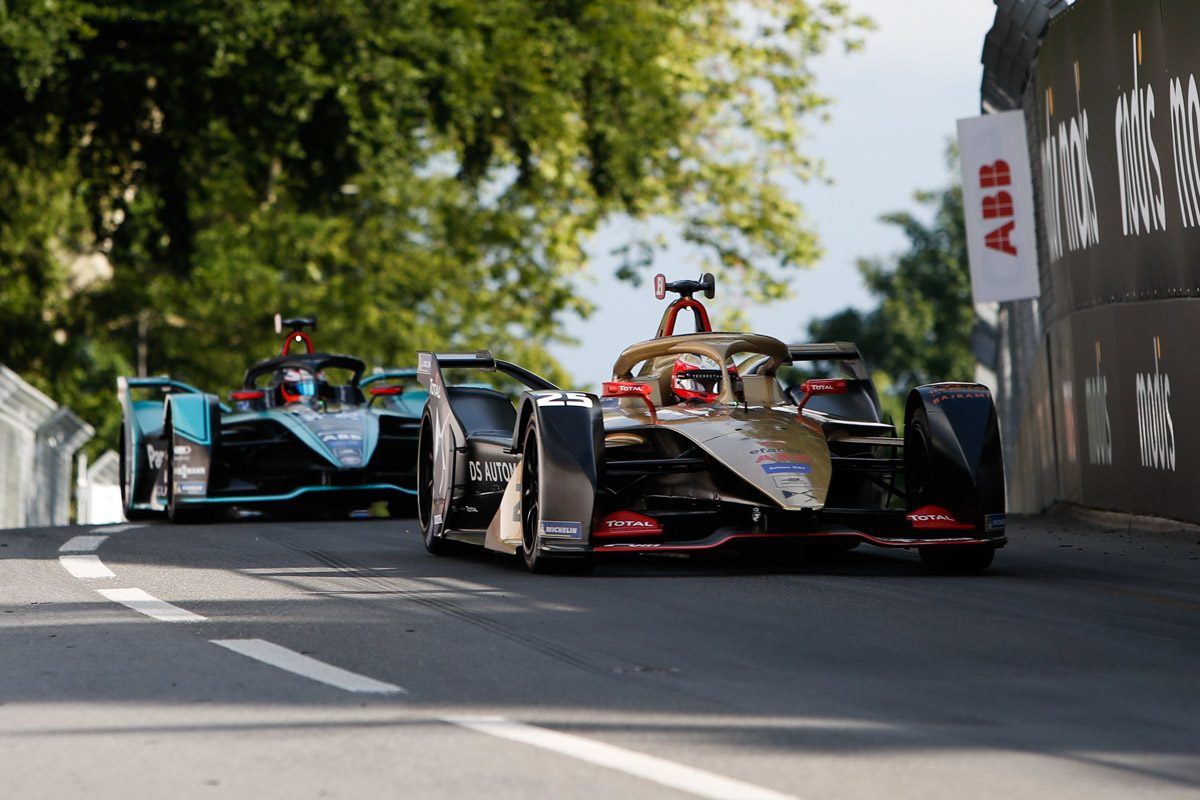 Jean-Eric Vergne claimed a narrow victory in the Swiss E-Prix ahead of New Zealander Mitch Evans.

The Frenchman started from pole before taking the win, surviving a 40 minute red flag period and full race restart following an opening lap crash that blocked the track.

It was the DS Techeetah driver’s third win of the campaign, and sees him extend his title advantage to 32 points with just one weekend, and two races, remaining in New York.

A solid start saw Vergne clear of the opening lap carnage which was triggered by a touch between Sam Bird and Pascal Wehrlein.

It sent the latter into Maximilian Gunther, blocking the track at the Turn 12 chicane.

Though some drivers managed to thread the needle through the mess, officials opted to stop the race.

At the restart, with all cars back on their original grid boxes, Vergne headed the field from Evans.

The Kiwi mounted a stern challenge, but was unable to find a way through, the pair locked together throughout the encounter.

Sebastien Buemi claimed third while Andre Lotterer was originally classified fourth before copping a post-race penalty which dropped him to 14th.

A 22-second penalty was handed out after Lotterer exited the pits while the lights were red, having taken to the lane following the pile-up at the first start.

That promoted Bird to fifth, and Gunther sixth, having both recovered following their stoush on the original opening lap.

Bird had headed Lotterer during the race, only for a mistake to open the door for the Belgian to move through on the road.

Jerome D’Ambrosio was also penalised when he shunted Robin Frijns out of the way at the original start, before the eight car pile-up further around the lap.

Antonio Felix Da Costa crossed the line 12th though he too was investigated, this time for a breach of full course yellow procedures.

Formula E next moves to New York for a double header finale on July 13 and 14 with six drivers still mathematically in contention for the title.