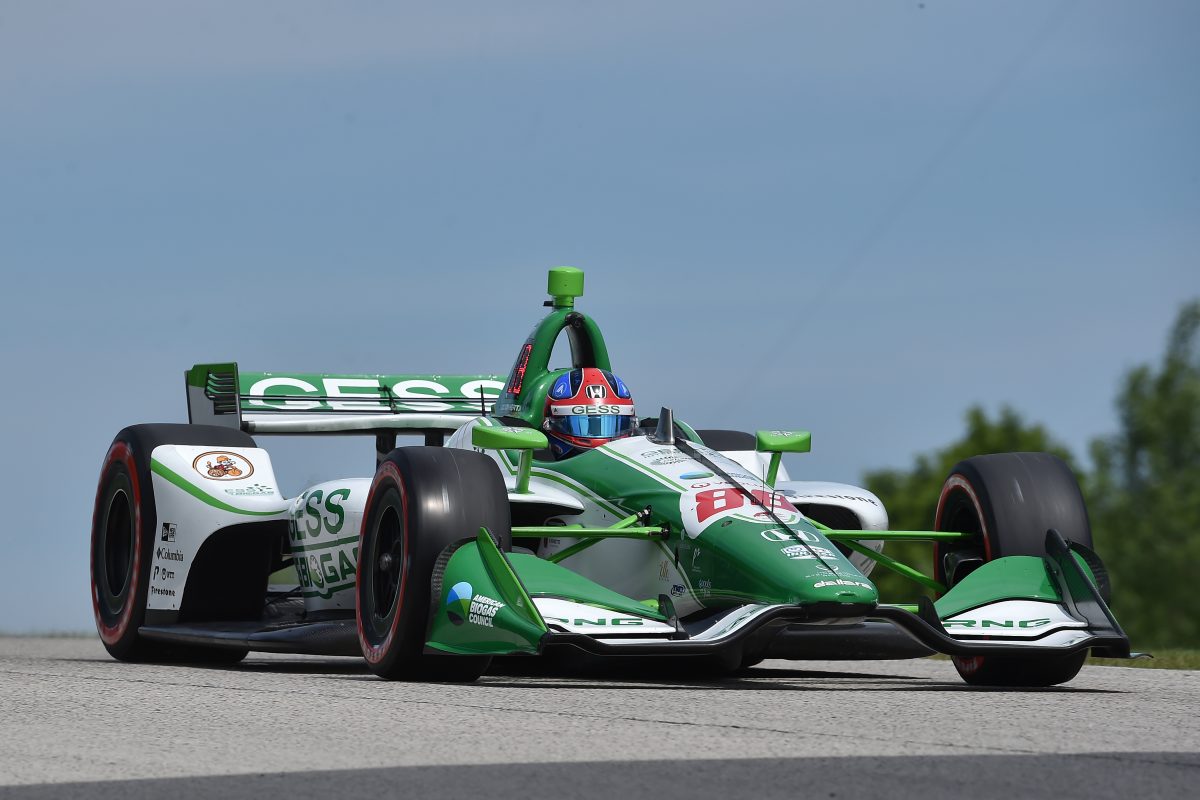 Colton Herta has become the youngest ever IndyCar pole-sitter while Will Power will start third in the 10th race of the season, at Road America.

Scott Dixon, however, failed to turn a lap in the second phase of qualifying after a mechanical issue beset his #9 Chip Ganassi Honda at the end of his first hit-out.

Power (#12 Chevrolet) will be joined on the second row of the grid by Team Penske team-mate and series leader, Josef Newgarden (#2 Chevrolet).

While Dixon took 12th somewhat by default, team-mate Felix Rosenqvist (#10 Honda) went out at the first time of asking and will start 18th.

Ryan Hunter-Reay (#28 Andretti Autosport Honda) and Simon Pagenaud (#22 Team Penske Chevrolet) are only slightly better off with each putting in untidy laps on their way to 15th and 16th respectively.