Dane looking forward to Pirtek Enduro Cup more than ever

Dane looking forward to Pirtek Enduro Cup more than ever 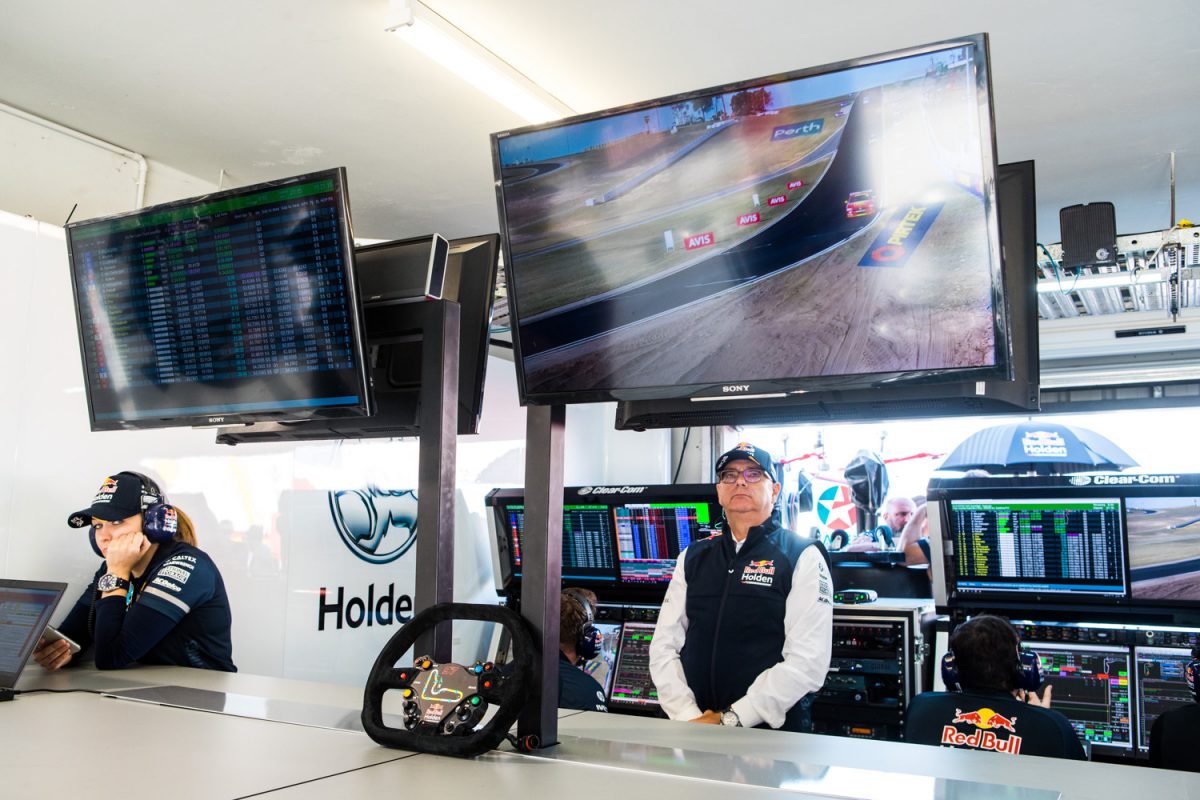 Roland Dane has declared his anticipation for this year’s Pirtek Enduro Cup, which his Red Bull Holden Racing Team will enter with a powerhouse driver line-up.

Triple Eight Race Engineering arguably boasts the strongest driving roster since the introduction of the current rules banning the pairing of primary drivers in 2010.

Craig Lowndes, who last year won the Supercheap Auto Bathurst 1000 for a seventh time in his last outing at Mount Panorama as lead driver, was ultimately confirmed as Jamie Whincup’s new co-driver in January.

At around the same time, Dane swooped after the shock axing of Garth Tander from Garry Rogers Motorsport, placing the three-time winner of The Great Race in Shane van Gisbergen’s car for the enduros.

“I think I’m looking forward to the enduros this year, more than I probably ever have,” said Dane.

“We’ve got a great driver line-up for that, and honestly, we need to maximise, so we need to make sure we don’t make any mistakes as a team, and take advantage of the opportunity of having four outstanding drivers in the cars for those three events.”

Whincup has four Bathurst 1000 wins to his name, including the three-peat with Lowndes, but has come up agonisingly short several times since his last triumph, with Paul Dumbrell in 2012.

He followed Mark Winterbottom across the finish line in 2013 after he and Dumbrell ceded track position around the halfway mark, then lost the lead with a sector to go when his car ran out of fuel in 2014.

For the next two years, late penalties put paid to his chances, leading to the anomalous situation whereby Will Davison and Jonathon Webb won in 2016 without ever officially leading a lap.

Triple Eight salvaged a 20th position finish for Whincup and Dumbrell after engine problems in 2017, which would prove crucial come arguably the most dramatic championship conclusion in history.

Last year, Dumbrell was running second to the David Reynolds/Luke Youlden Penrite Racing entry, which led until Reynolds cramped up in the final 27 laps, when the #1 RBHRT ZB Commodore threw a wheel off at the start of Lap 40.

Despite Triple Eight’s embarrassment of riches, and several other movements, Shell V-Power Racing Team boss Ryan Story has stood by his call to maintain an unchanged enduro roster at the Stapylton outfit.

Michael Caruso had originally been sounded out to drive with van Gisbergen before Tander became available and the former Nissan Motorsport pilot was ultimately snapped up by Tickford Racing.

Steven Richards, who won Bathurst and the Pirtek Enduro Cup as a whole with Lowndes last year, has ended up back with fellow 2013 Great Race winner Mark Winterbottom at Irwin Racing.

“You always have to have an eye on the ball and be conscious of what’s happening in the driver market in that respect,” said Story in February.

“But in the two drivers that we have, not only do they know our team and know our cars well, they do an extraordinary job for us, so we’re really happy to have continuity there.”

With the Supercheap Auto Bathurst 1000 opening the Pirtek Enduro Cup this year, Premat was flown out to participate in the half-hour Additional Driver Practice at session Winton last month.

He too should feel confident about his chances of winning the big one given that DJR Team Penske has won 14 of 16 races to date, 12 to McLaughlin, and holds big leads in the drivers’ and teams’ championships.