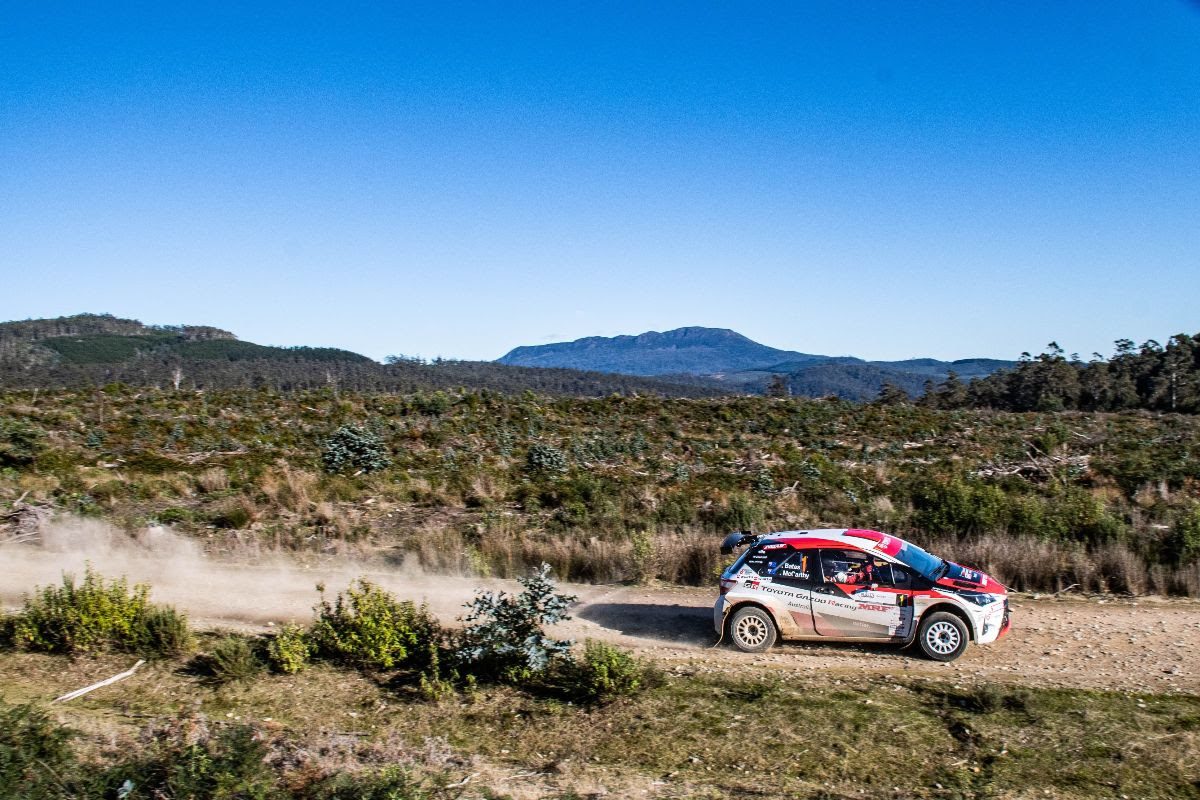 Toyota Gazoo Racing Australia’s Harry Bates and John McCarthy have claimed all but one stage victory as they dominated Subaru Rally Tasmania.

Bates missed out on a clean sweep of all 17 stages of Round 3 of the CAMS Australian Rally Championship by less than a second on the final stage.

Bates has a firm hold on the championship lead at the halfway point of the season, having won both heats in each rally so far.

“It was a very good weekend for us, very happy to be here and the car is all in one piece,” said the Toyota Yaris AP4 pilot.

“It was tough. The conditions yesterday morning asked a lot of questions of us, it was very icy and created a lot of challenges.

“We dealt with that, got through and went out yesterday afternoon and put on a show.”

Only Molly Taylor/Malcolm Read took a stage off Harry Bates, when the Subaru do Motorsport prevailed by 0.8s on the second pass through Lonestar Ridge.

They were only third in Heat 2, after incurring damage during the morning, having been runners-up in Heat 1 of the event.

The single stage win officially saw them edge the second factory Yaris of Lewis Bates/Anthony McLoughlin to second place for the round on a countback.

“We dropped a bunch of time in the morning. I don’t know what we hit, but we hit something,” said Taylor.

“We decided to go for it (on the last stage) and it was just enough to claim second. It’s a nice feeling now.

“It’s great to be able to do this in our home event and having the support of Subaru, it’s been fantastic.”

Four-time champion Simon Evans was fourth in Sunday’s Heat 2 due to a penalty for using one more tyre than allowed.

He could only manage seventh in Heat 1 having suffered gearbox problems in his Subaru.

ARC2 round honours went to AGI Sport’s Luke Anear and Steve Glenney in the new Ford Fiesta R5, while ARC 2WD was taken out by Kevin Raedel and Amanda Ramia in a Falcon XR6.

Round 4 is Pedders Eureka Rush in Victoria’s Goldfields region on August 24-25.