Van der Mark out of Misano WSBK round after highside

Van der Mark out of Misano WSBK round after highside 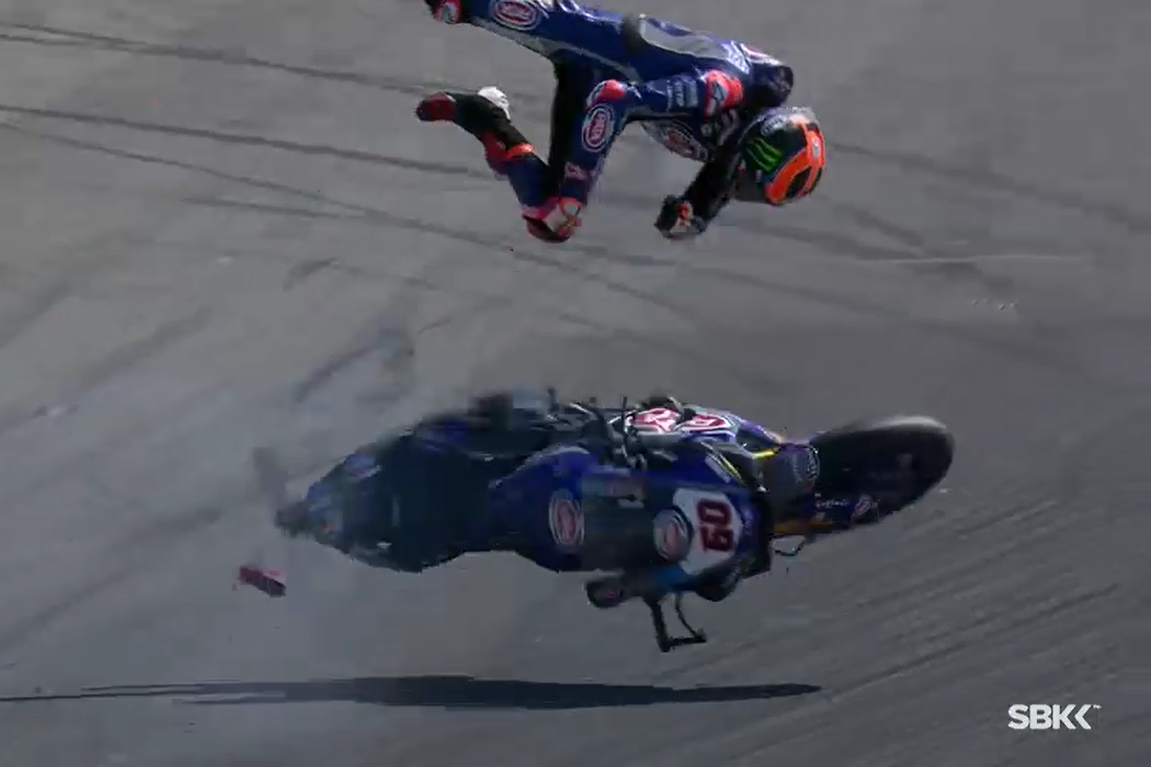 Michael van der Mark has been ruled out of the remainder of the Misano round of the Superbike World Championship after a horrific highside.

The Dutchman had just gone to the top of the timesheet late in Free Practice 2 for Round 7 of the season when he lost control of his factory Pata Yamaha at the final corner.

Van der Mark landed with a thud on the edge of the track surface before rider and bike came to rest in the circuit’s infield where he was attended to by a medical crew, resulting in a red flag.

The team reported in a statement that he has suffered a broken right wrist and broken ribs.

“After further examination in the medical centre van der Mark was diagnosed with concussion, fractures to the radius and trapezium bones in his right wrist and fractures to ribs nine and ten on his right side,” read a Pata Yamaha release.

“The Pata Yamaha rider was transported to Rimini Hospital, where he will remain under observation for 24 hours as a precautionary measure, before undergoing surgery to plate the radius fracture.”

Van der Mark had won Race 2 of the most recent round at Jerez, two weekends ago, and is currently third in the championship, behind the dominant Alvaro Bautista (Ducati) and title holder Jonathan Rea (Kawasaki).