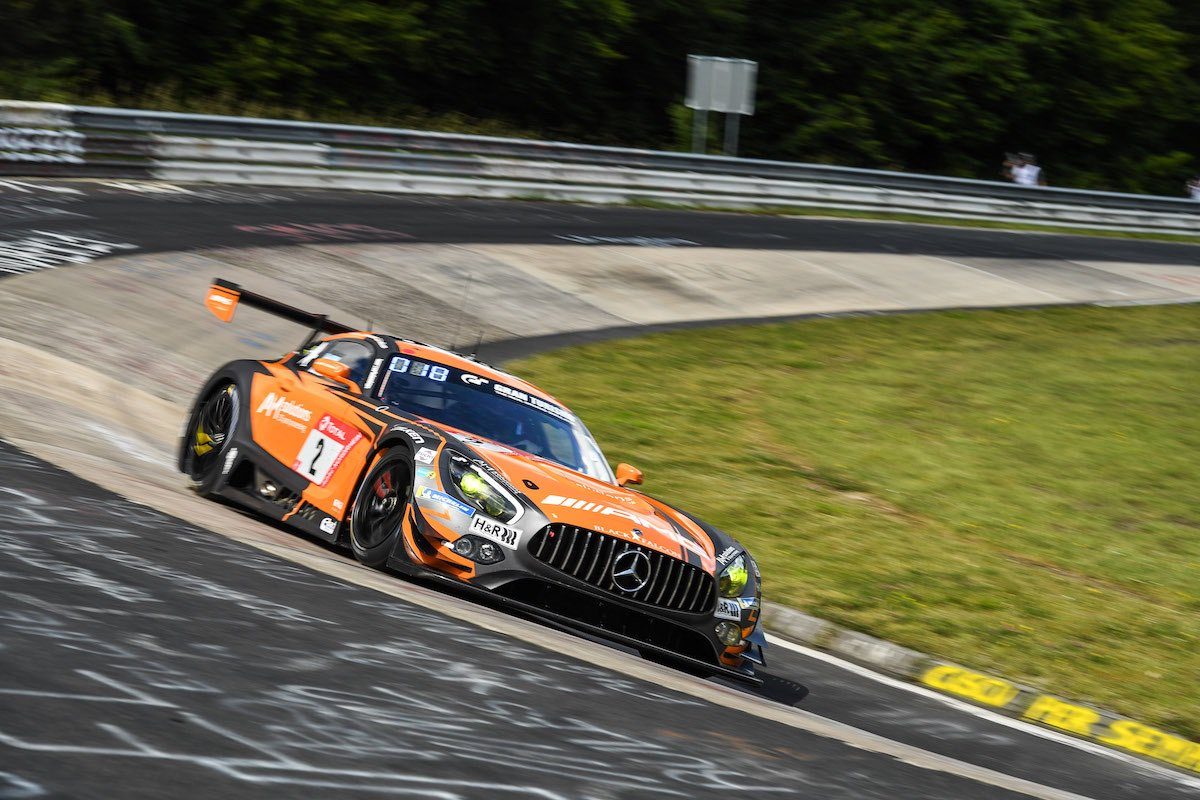 Maro Engel secured pole position for Mercedes-AMG ahead of the 24 Hours of Nürburgring in the Top Qualifying shootout.

On his second flying lap of the two-lap shootout, Engel vaulted the #2 Black Falcon Mercedes-AMG GT3 to the top with a time of 8:10.910s around the 25km layout.

Maximilian Goetz made it an all-Mercedes front row as he crossed the line on his second attempt in an 8:11.047s at the wheel of the #48 Mann Filter Mercedes.

Laurens Vanthoor in the #911 Manthey-Racing Porsche 911 GT3 R had been the benchmark for much of the shootout after laying down an 8:11.567s in his first run.

However, both Engel and Goetz improved on their initial laps to go ahead of the yellow and green Porsche, with Vanthoor not bettering his lap.

Luca Stolz spun only a few corners into his first flying lap, but did not lose track position and picked up the pieces on his second lap to qualify eighth in the #3 Black Falcon Mercedes.

Rounding out the top 10 were the Jan Seyffarth-driven #16 GetSpeed Performance Mercedes and the Ferrari 488 GT3 of Simon Trummer.