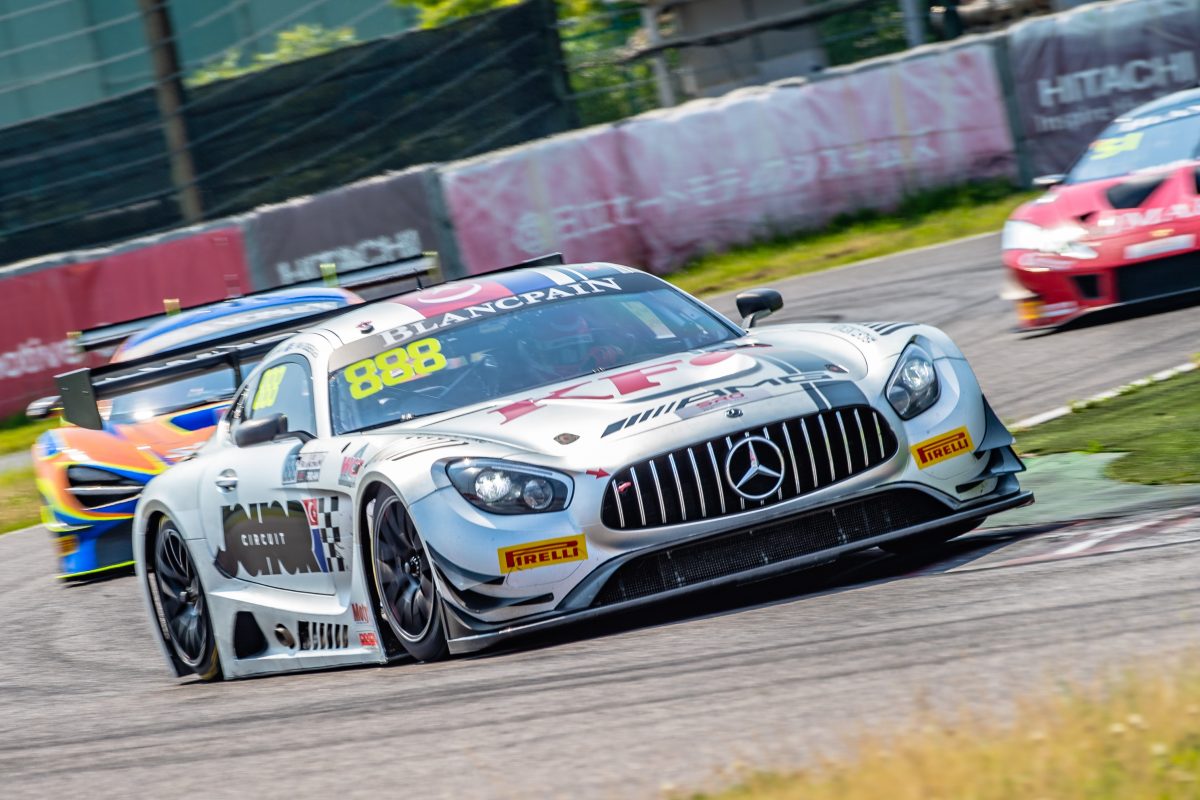 The Triple Eight Mercedes-AMG GT in unofficial practice at Suzuka

Shane van Gisbergen is eager to add another iconic circuit to his resume when he races at Suzuka for the first time in Blancpain GT World Challenge Asia this weekend.

The New Zealander is a race winner in the Bathurst 12 Hour and at Monza, during his Blancpain GT Series Endurance Cup title-winning season of 2016, and also has starts to his name at tracks such as Spa-Francorchamps and Daytona.

“It’s great to be here and join Johor Racing at such an iconic track as Suzuka and be part of the GT series in Asia,” said van Gisbergen.

“I’m looking forward to the race but first we have a couple of days of practice to learn the car and track before we can have some fun this weekend.”

Prince Jefri Ibrahim and Jazeman Jafaar combined for a Pro-Am class podium in Race 1 of the opening event at Sepang, but had a tougher time out at Buriram last month when Ibrahim spun after contact from Jeffrey Le in Race 2.

Together, they are currently sixth in the Pro-Am standings and 17th overall after two rounds in the #888 Mercedes-AMG GT3.

“Buriram could have been a couple of podium finishes with the speed that we had but unfortunately, we were involved in a couple on of track skirmishes which ruined both races,” said team boss Roland Dane.

“Suzuka is new to all of us so we’re in at the deep end, but we are hoping to be reasonably competitive.”

Practice takes place today before qualifying and the first of two races on Saturday.