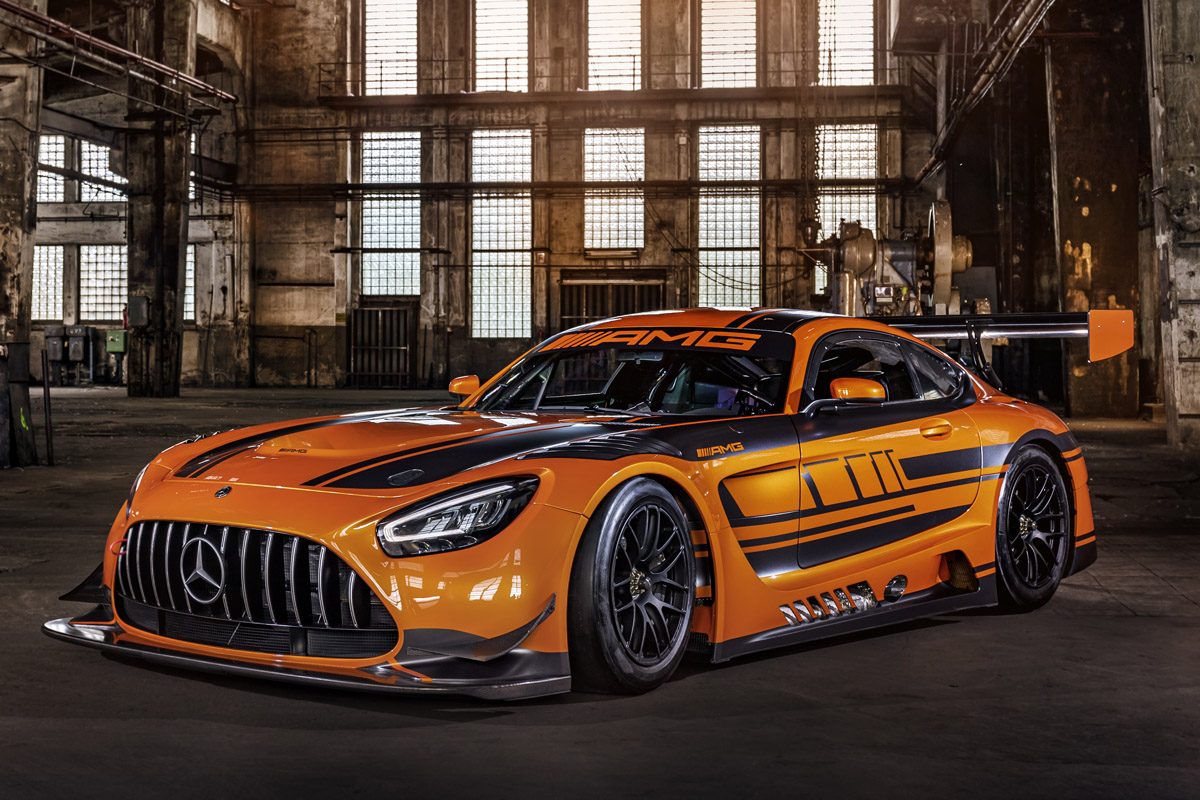 Mercedes has unveiled its 2020-spec AMG GT3 car ahead of this weekend’s Nurburgring 24 Hour.

The successor to the Mercedes-AMG GT3, which began its competitive life in 2016, the new model features a number of differences.

Most obvious is a revised front end, with larger grille, though the bulk of the work has been carried out on the internals.

Key among them was work designed to absorb damage and protect key components such as the radiator, engine, front axle, and steering.

Another development is a ‘Drop Start’ feature, which will see the car’s engine automatically fire up when dropped from its integrated air jacks.

There have also been changes to the car’s lighting system and aerodynamics which the German marque claims wind tunnel testing has shown to produce greater downforce and less drag.

“Developing a worthy successor for the Mercedes-AMG GT3 that has been so unbelievably successful is by no means an easy task,” said Stefan Wendl, head of Mercedes-AMG Customer Racing.

“With the further development, we want to underline our claim to be the leader.

“Many of the innovations that we are realising in the new Mercedes-AMG GT3 have resulted from the good and close co-operation with our teams.

“We are certain that we are meeting exactly the requirements of our clients with our new offering.”

New cars won’t be delivered until the end of 2019, while an upgrade kit will also be available for existing cars to be upgraded to 2020-specification.

The car will formally make its competitive debut next year, though Mercedes-AMG confirmed that it would compete in selected events this year as it completes its testing and development process.

That means the car will not be eligible for the 2020 Bathurst 12 Hour, which in technical terms is effectively the final race of the 2019 season.