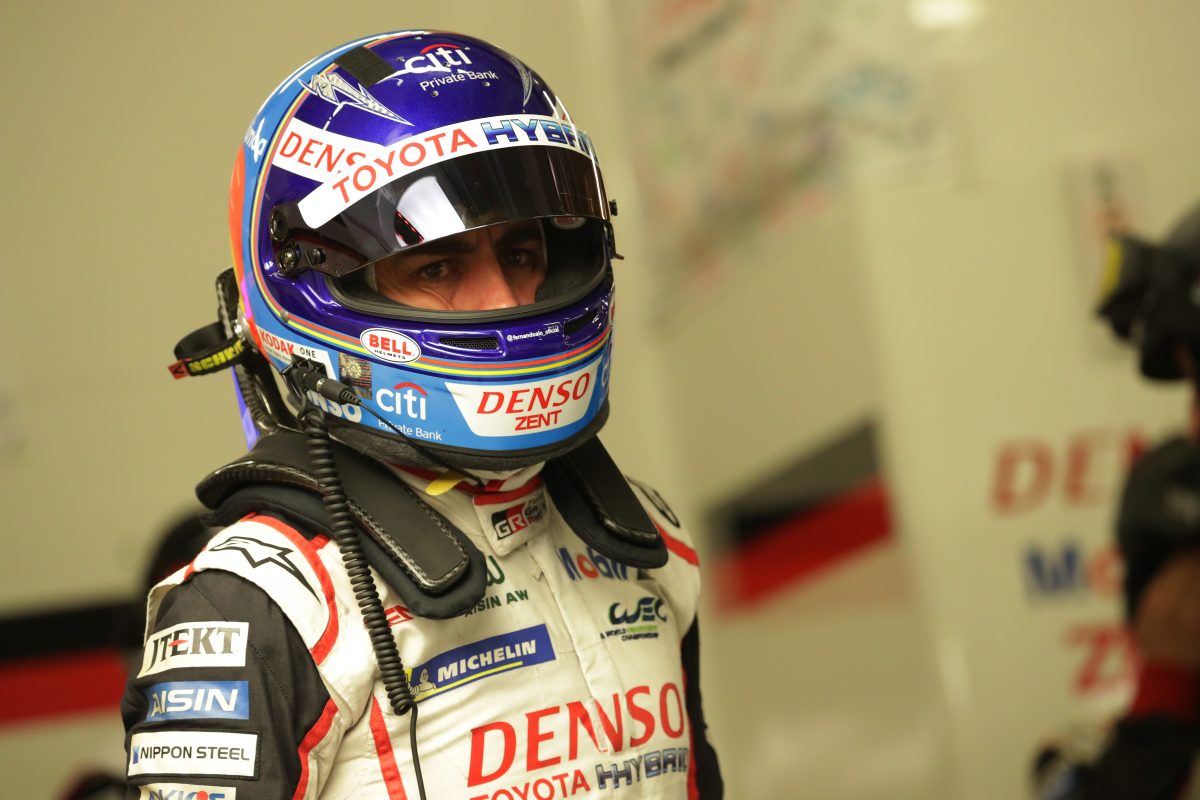 Fernando Alonso has ruled out the prospect of competing in the Supercheap Auto Bathurst 1000 in the foreseeable future, but has not completely shut down the idea.

Alonso’s calendar is currently open with the Spaniard having already chosen to step away from the World Endurance Championship before ultimately claiming a second 24 Hours of Le Mans wins and the drivers’ crown last weekend.

Speculation about an Alonso entry at Bathurst was sparked by Zak Brown, McLaren CEO and co-owner of Walkinshaw Andretti United, during the Australian Grand Prix meeting in March.

“He wants to go win all the big races,” said Brown at the time.

“He considers Bathurst to be one of those. I don’t think we will see him in 2019 but wouldn’t rule him out for the future.

“He wants to tick all the big boxes; he has done the Daytona 24 Hours now and he considers Bathurst to be a major sporting event.”

Despite the chat, Alonso himself was short and sharp when questioned about a drive down under in the foreseeable future.

He might have been anything but committed when quizzed about Bathurst, but did not slam the door completely on the idea of a run at Mount Panorama at some stage.

“Maybe in the future. Not short term,” added Alonso.

Alonso has come close to jumping into a Bathurst 1000 winner, the Holden Racing Team Commodore which triumphed in 2011 and is now owned by Brown, in 2017.

The drive would have taken place at the end of his LMP2 testing duties for the day but, according to Brown, the Commodore ran out of fuel before Alonso got the chance.

“It was one of these ‘if we had time at the end of the day to do a lap, I’d love to do a lap’ and we ran out of petrol,” explained Brown.

Since calling time on his grand prix career at the end of last year, at least for now, the 37-year-old Alonso has kept himself busy on several fronts including chasing the ’Triple Crown’ of the Monaco Grand Prix, Le Mans and the Indianapolis 500. The only driver to have so far completed the feat is Graham Hill, in the 1970s.

Alonso also won the 24 Hours of Daytona in February in a Cadillac prototype with Wayne Taylor Racing and, more recently, tested a Toyota Hilux used in the Dakar Rally.

While he has talked about his enthusiasm for a potential Dakar run at some time, nothing has been locked in.

Alonso has also already ruled out a full-time IndyCar drive next year after he and McLaren failed to qualifying for last month’s Indianapolis 500.