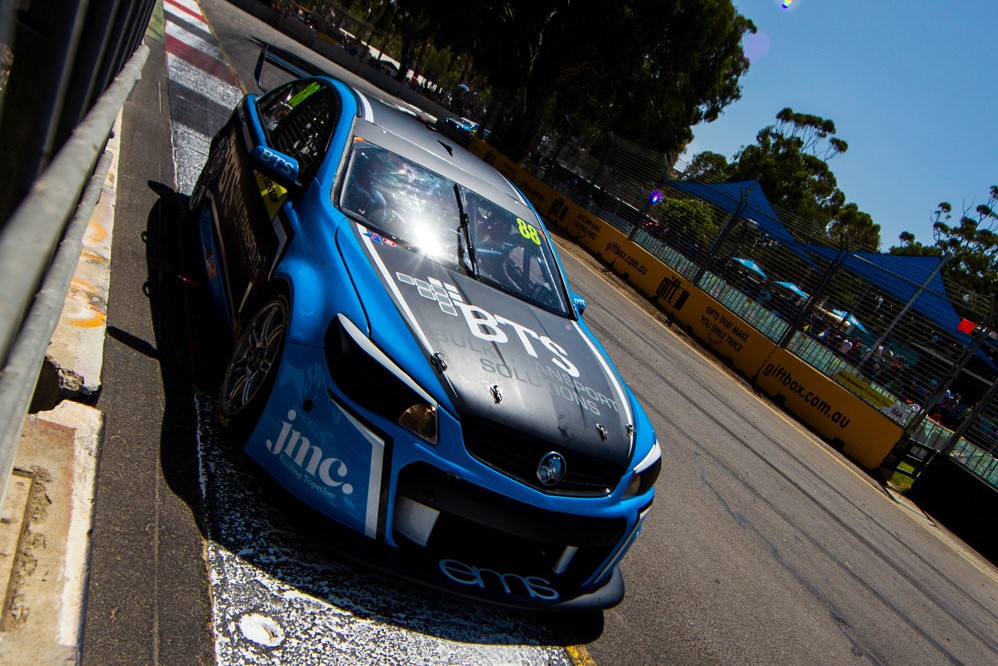 Justin Ruggier will again race with Eggleston Motorsport (EMS) in the Dunlop Super2 Series in Townsville and is optimistic of seeing out the season after a succession of one-off deals.

Ruggier reunited with EMS, the team with which he won the Super3 Series in 2014, for Round 1 in Adelaide and signed on for another round with the squad at the Pirtek Perth SuperNight.

He is now committed to Round 3, at the Watpac Townsville 400, where he will arrive off the back of a third round win in as many starts in Aussie Racing Cars, in Darwin.

“It’s all go, thankfully, so Townsville is obviously coming up in a few weeks,” Ruggier told Speedcafe.com regarding his drive with EMS.

“This (Hidden Valley) is very good preparation for it, the heat, to get acclimatised and everything, and we collated a lot of data from Perth, so some improvements there but still a bit of improvement from me just to get in the window, especially in qualifying.”

The 37-year-old still has work to do to lock down backing, but expects that he will now be on the grid for the rest of the season, with rounds to come at Queensland Raceway, Bathurst, Sandown, and Newcastle.

“I think we’re pretty right for the year but obviously, as every team, you walk up and down the grid, there’s always gaps to fill,” he explained.

“We’re always on the hunt to fill those gaps but, as far as I know, we’re there for the long haul, and we’ll just keep chipping away and get some results and hopefully we can keep it going.”

Ruggier had only twice tested a Supercar in the time between his Super3 title and Super2 debut three month ago, and not yet for EMS this year.

He is currently 11th in the series with finishes ranging from 11th to 14th in each of the five races to date, but hopes a test day will have him racing further towards the front of the field in North Queensland.

Regarding the Perth weekend, Ruggier recounted: “Unfortunately we had a really bad run but again, it’s just experience, trying to get onto that green tyre, trying to maximise it, trying to consume everything that the team’s telling me, collate it all and actually do it.

“We had opportunities (to test) but unfortunately didn’t work out on my end, and obviously we’re doing two categories, work, and stuff like that.

“We’re a bit split so I’m taking quite a bit of time off work but we’re going to make it happen before Townsville so it’ll be really good for me, and see my technique, hopefully benchmark myself against some obviously seasoned drivers, and see how we go.”