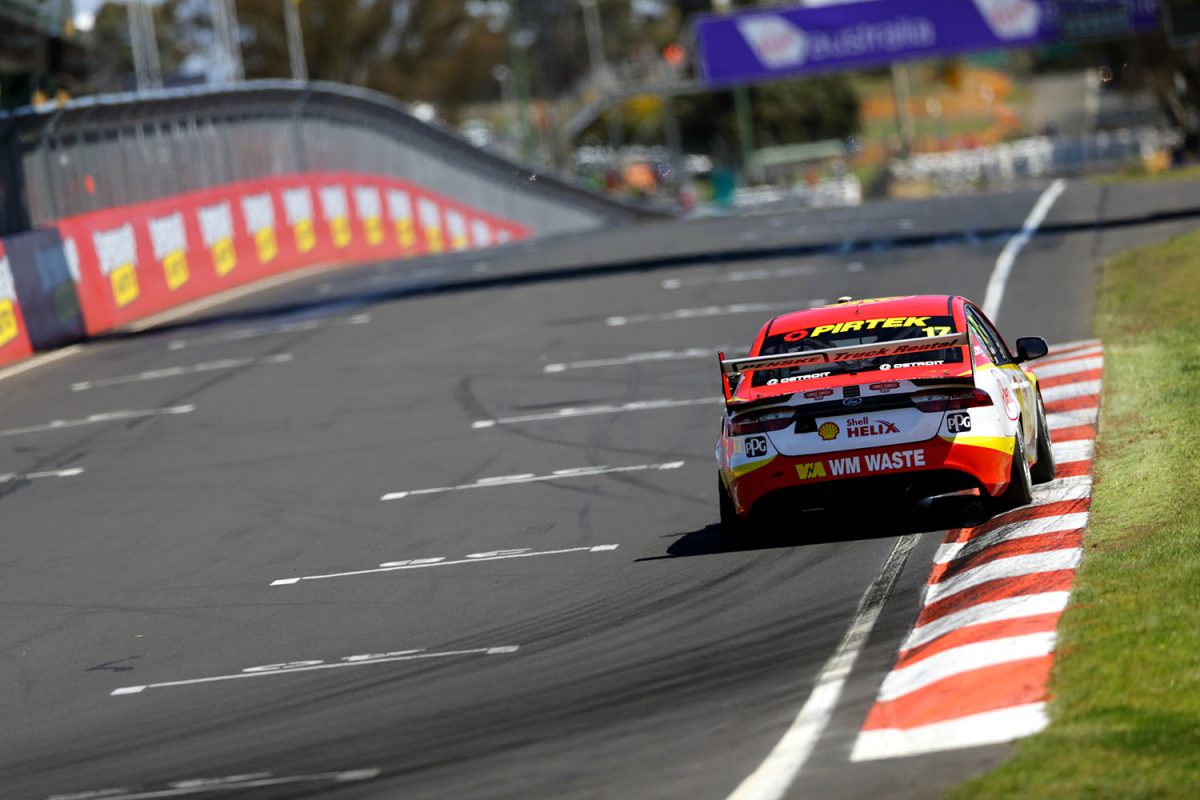 Shell V-Power Racing will only field a Bathurst wildcard if it can prepare for the event properly pic: Ross Gibb

Shell V-Power Racing has no plans to field a Supercheap Auto Bathurst 1000 wildcard until Supercars allows the team to prepare properly for such a project.

The prospect of a future wildcard from the team featuring Team Penske drivers has long been mooted since the US racing giant’s involvement in Supercars.

There has been suggestions recently that a wildcard could occur within the next 18 months if it makes sense for the team and doesn’t distract from its championship aspirations.

However, any such plan would most likely hinge on regulation changes to allow wildcards with international drivers a better chance to be competitive.

At the moment wildcards are offered three test days at the team’s test track with limited tyre banks.

Team Penske president Tim Cindric says the team is not interested in just participating with a wildcard program at Bathurst.

“Our position is the same on that, until it’s looked at as a global event in terms of being able to prepare properly for that event,” said Cindric, who attended last weekend’s BetEasy Darwin Triple Crown.

“Honestly, I would be surprised if somebody could just show up there and contend for victory, and we don’t really have an interest in just participating.”

Team Penske’s Australian IndyCar star Will Power has long held a desire to contest the Bathurst 1000 as a wildcard, revealing to Speedcafe.com last year that talks had been held about such a project.

Power, winner of the 2018 Indy 500, admitted that regulations were a stumbling block although he is prepared to race despite the testing restrictions.

“Probably the main reason that they (Penske) don’t do it is that you don’t get enough tyres and enough testing,” he said in a Speedcafe.com interview last year.

“It is hard for them to justify putting all this money in for guys that won’t be competitive because they haven’t had time in the car.

“I think Supercars is trying to remedy that by allowing a bit more time and tyres so hopefully that happens because I think it is a great series and I would really like to do Bathurst.

“I think I would do it anyway but I really do think that you have got to do it properly and able to get some miles in the car.

“It is no fun trying to learn on the job and you are pushed into making mistakes because you are not comfortable. The best case scenario would be to get the miles and get to do the race.”

Supercars boss Sean Seamer is keen to see more wildcards on the grid with the series actively trying to simplify the process.

“We’ll continue to make it as easy as possible for someone to run a wildcard, but ultimately it comes down to the team and the model they put around it,” said Seamer ahead of the 2019 season.

This year’s Great Race will see at least one wildcard entry courtesy of Kostecki Brothers Racing.