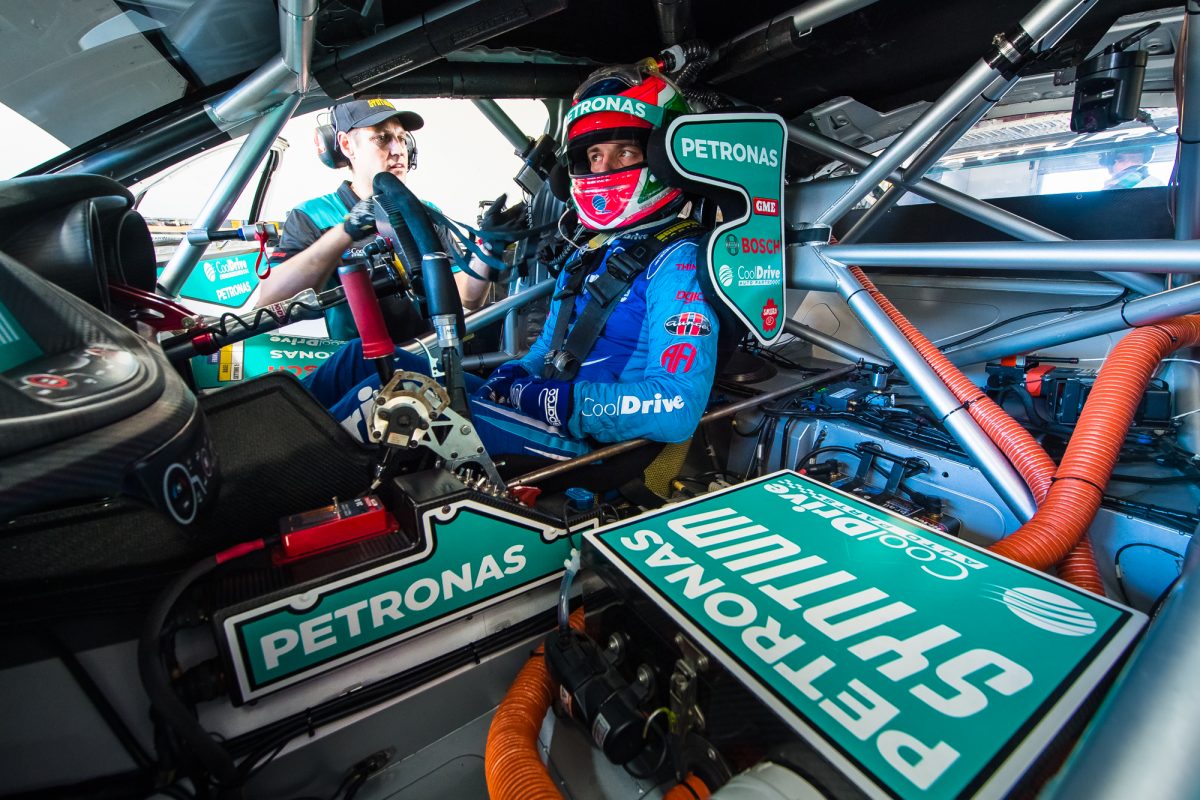 Tim Blanchard will return to the Dunlop Super2 Series in a one-off start in Townsville as he continues his preparation for the Pirtek Enduro Cup.

As he did in the Virgin Australia Supercars Championship at May’s Pirtek Perth SuperNight, Blanchard’s ride will be a Petronas-backed #77 Brad Jones Racing entry.

He is expected to partner Nick Percat in the enduros, having steered that BJR entry at the pre-season test and in the two Additional Driver sessions to date, although there has been no official word yet on the Albury team’s three co-drivers.

Blanchard will pilot a VF Commodore in his first Super2 start since 2012, when he stepped up to the Championship late in the season as an injury replacement for Todd Kelly.

Townsville is the scene of his first Super2 race and round wins, as a 23-year-old rookie to the series in 2010, the year in which he went on to finish second in the standings and receive the Mike Kable Young Gun award.

“I’ve raced against a few of these guys before, and with many of them being in co-driver positions this year I think it’ll be a lot of fun and undoubtedly competitive. There’s a lot of talent in the group.

“I’ve had success at Townsville in the past; it’s a track I really enjoy racing at. The section of kerbs through those final few turns are punishing for the cars, but pretty fun to tackle as a driver.

“I haven’t driven one of the VF Commodores for a while now, so there will be a few little niceties missing from what I’d gotten used to in the ZB. The race formats will also a be a bit shorter than what I’m used to.

“For me, it’s all valuable seat time in the leadup to the endurance cup.”

In addition to the Supercars starts this year, Blanchard made his Australian GT debut in this month’s Australian Endurance Championship race at Phillip Island, driving a Lamborghini Huracan.