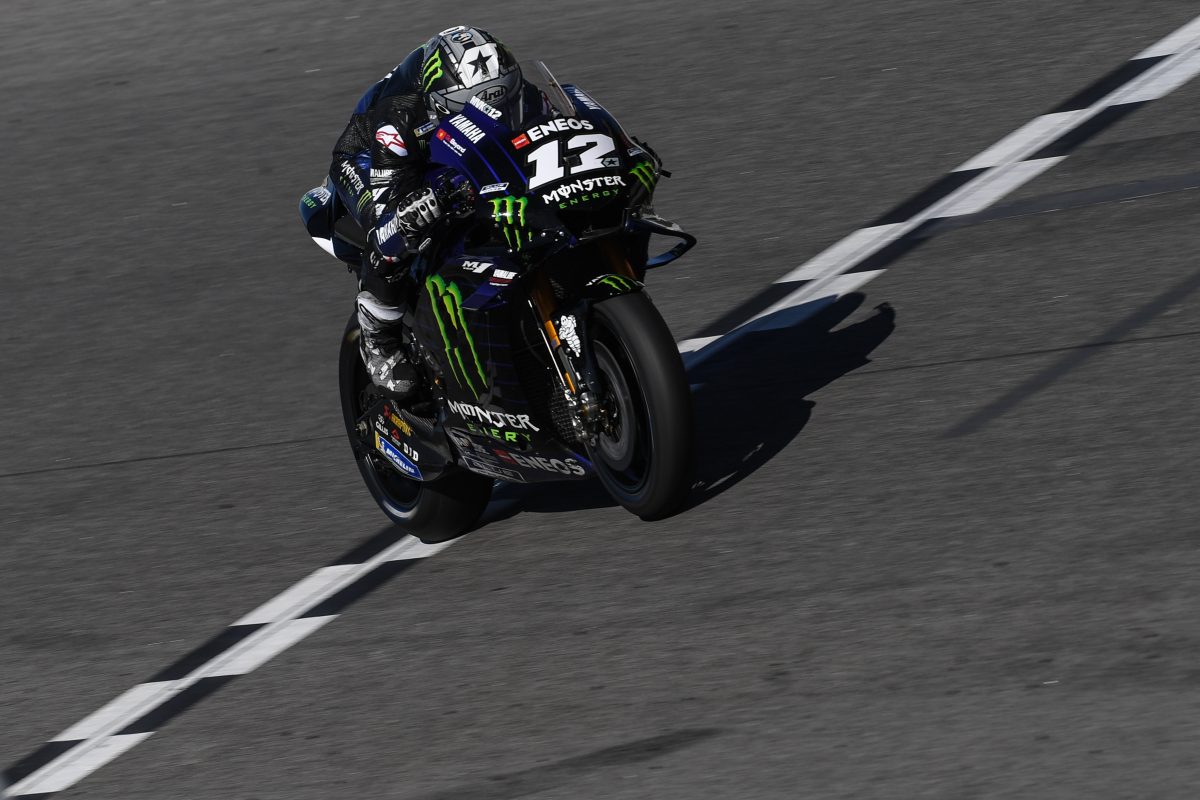 Viñales took top spot from Marc Marquez late in the eight-hour day, then reclaimed it on his 98th and final lap after Morbidelli had improved on the Spaniard’s 94th lap time.

The factory team was testing electronics, while Valentino Rossi also had a new exhaust to try as he finished 14th.

Jorge Lorenzo caused an early red flag when he crashed the Honda with the carbon fibre chassis components at Turn 8 but returned to complete a total of 65 laps.

He was only 17th, while Repsol Honda team-mate Marc Marquez, who also crashed during the test, was third fastest after winning the grand prix a day prior.

Suzuki Ecstar’s Alex Rins was an early pace-setter before ending up in fourth, four positions ahead of team-mate Joan Mir.

Francesco Bagnaia led the way for Ducati in sixth despite a crash, while fellow Pramac Racing rider Jack Miller was ninth.

Red Bull Factory KTM Racing’s Johann Zarco edged team-mate Pol Espargaro to top KTM honours as they finished 15th and 16th, while Dani Pedrosa completed his first official test for the Austrian marque at the foot of the 25-rider timesheet.

Aprilia’s best was test rider Bradley Smith in 18th while Aleix Espargaro sat out the day after those two crashed together early in the grand prix.

Meanwhile, Tech 3 E-Racing’s Hector Garzo was fastest on the opening day of the MotoE test in Valencia, with another two days to come.

Racing resumes for MotoGP at the Dutch TT on June 28-30.