Penske boss suggests McLaughlin’s future yet to be resolved

Penske boss suggests McLaughlin’s future yet to be resolved 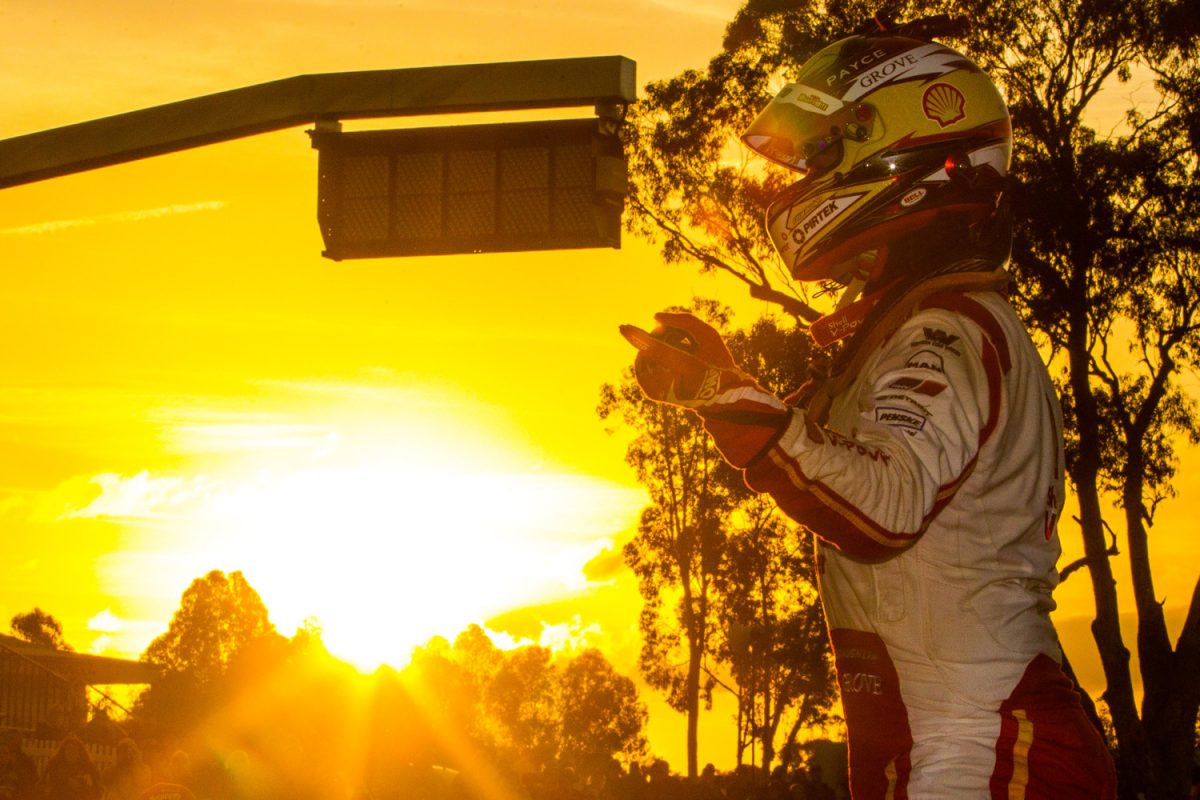 Team Penske boss Tim Cindric has suggested that Scott McLaughlin could move to the US next year as Shell V-Power Racing aims to confirm its 2020 line-up by the end of the month.

The Ford team is at the centre of the silly season with a seat potentially up for grabs for next year.

It has been widely mooted that Fabian Coulthard is believed to be out of contract at the end of the year with that drive linked to Tickford Racing’s Chaz Mostert, who is weighing up his 2020 options.

While Team Penske avoids public comment on driver contracts, Cindric, who attended last weekend’s BetEasy Darwin Triple Crown, has hinted that the future of its champion driver McLaughlin for 2020 may not be resolved as of yet.

When asked if the team only had one seat to sort, Cindric said, “As long as the other (driver) stays here.”

Pressed if McLaughlin was already locked in for next season, he added: “As long as he (McLaughlin) stays here.

“That’s for you to speculate. When we announce our driver line-up, then you’ll know.”

Although, what is clear is that Shell V-Power Racing is aiming to lock in its Supercars driver line-up within the next two weeks.

“I wanted to come here (to Darwin) and understand the landscape and then go back to the team.

“We’ve had some real good discussions with our people internally, so we’re satisfied.”

McLaughlin has long held ambitions to race in the US and has previously stated his desire to compete in NASCAR.

The 26-year-old has also said that such a move would only arrive following the accomplishment of his own goals in Supercars, that include winning the Supercheap Auto Bathurst 1000.

Future plans to race in the US have also been reciprocated by Team Penske supremo Roger Penske, who has gone on record to say that he would like to see McLaughlin race for his team in the States.

Cindric admitted that any plans for McLaughlin to race in America have yet to come to fruition, but confirmed Team Penske is working collectively to help its driver achieve his goals.

He reiterated that such a move for a driver is not a simple process.

“We would love to see him achieve his goals and collectively we are trying to determine what exactly they are and how those can be achieved,” Cindric added.

“He has still got goals that he wants to accomplish in this series and the whole thing is probably not as simple as saying, ‘Let’s go across the pond and go race something.’

“You want to set him up for success rather than just going through the motions of saying, ‘Yeah, I get to race in America.’

“I don’t think he has an ambition of just going to race in America; he wants to go there and compete at a high level.

“That plan hasn’t come to fruition yet,” he said. “I think those (NASCAR or IMSA) are all things we haven’t come to a conclusion on what would be the right path yet.

“That crossroads hasn’t come yet.”

Having confirmed a timeline goal to secure its 2020 Supercars line-up, Cindric admitted that both McLaughlin and Coulthard are hitting their targets.

Coulthard appears to have strengthened his position to stay at the squad having enjoyed a resurgence this season which has been highlighted by two wins that have placed him firmly in second in the standings.

“They (McLaughlin, Coulthard) have done everything we have asked them to do,” he said when asked if it would be hard to make a change to its driver line-up for next year.

“We win and lose together and we have to look and understand what is our potential.

“There is more to it than what happens on the race track. For us, you have to be good team-mates and from a business perspective represent us in the right way so it’s a combination we are looking for.”

However, there could still be hope for Mostert to join the team next year should Coulthard secure a new deal, with a vacancy created if McLaughlin does head to the US.

It has also been suggested the 2014 Supercheap Auto Bathurst 1000 winner could slot in at the team in 2021 should McLaughlin delay a possible US move until then.

Mostert’s current employer, Tickford Racing, is keen to secure its driver line-up with its timeline on its star driver’s future tallying with that of DJR Team Penske.

“Look, we have maintained for a while now that we want to resolve our driver plans in the middle of the year which is where we are at the moment,” Tickford team principal Tim Edwards told Speedcafe.com.

“They (DJR Team Penske) are no different to us. We all need to know what we are doing next year so a lot will happen in that space with both our teams I will imagine.”