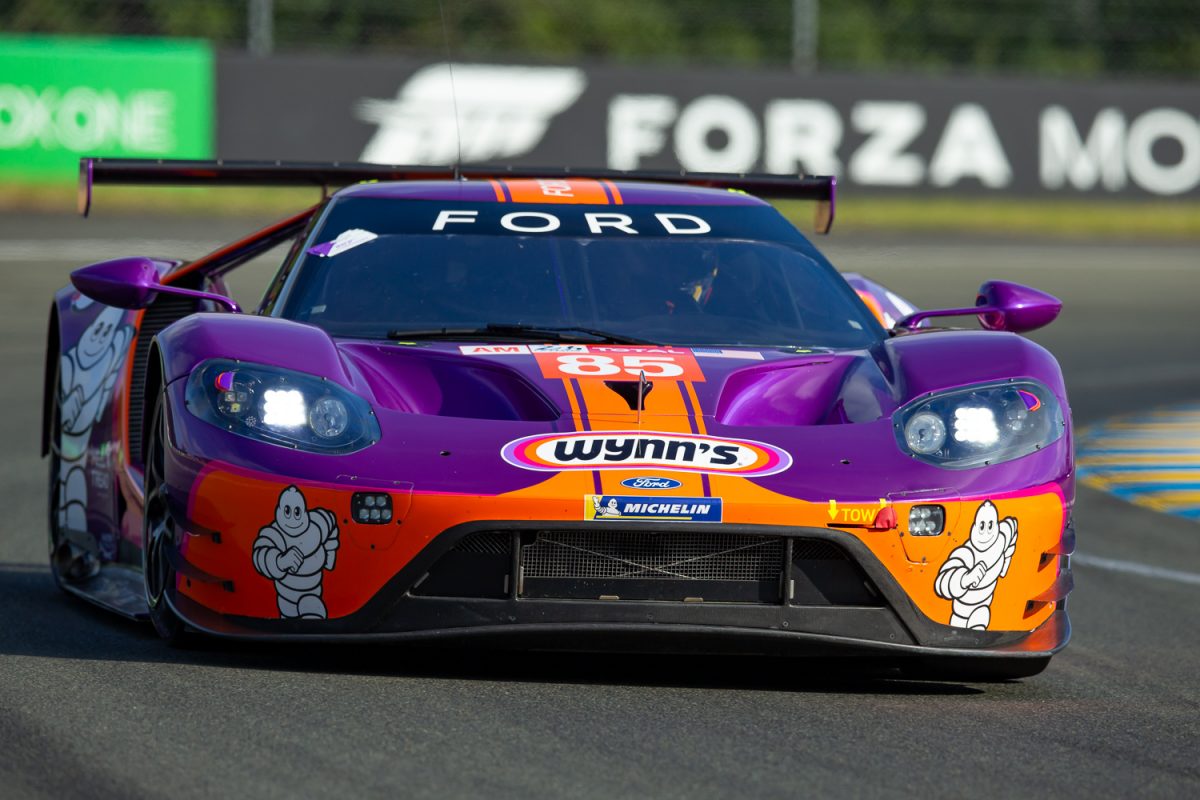 The Ford GT which won the GTE-Am class and one of the factory cars have been disqualified from the 24 Hours of Le Mans due to fuel infringements.

Keating Motorsports’ Ben Keating, Jeroen Bleekemolen, and Felipe Fraga, would have lost their class victory anyway due to a time penalty for refuelling breaches.

Stewards reported that the refuelling system filled Car #85 in 44.4s, violating the minimum of 45s.

The penalty of 55.2s, being the product of the discrepancy, the car’s 23 pit stops, and a multiplier of four (as per regulations), already elevated the #56 Team Project 1 Porsche 911 RSR to first position in class after it had taken the chequered flag 44.9s behind Keating Motorsports.

However, Car #85’s fuel capacity was also found to have exceeded the allowed maximum of 96 litres by 0.1 litre, resulting in it being disqualified altogether.

Project 1’s Joerg Bergmeister, Patrick Lindsey, and Egidio Perfetti had already won the drivers’ World Endurance Championship title for their class before their elevation to a Le Mans win, with Australian Matt Campbell second in the standings.

In GTE-Pro, the #68 Ford Chip Ganassi Team USA car also exceeded its fuel capacity, going 0.83 litres over its allowed 97 litres as per Balance of Performance documentation.

As such, Ryan Briscoe, Scott Dixon, and Richard Westbrook, who piloted Car #69, go up to fifth in class and 24th outright.