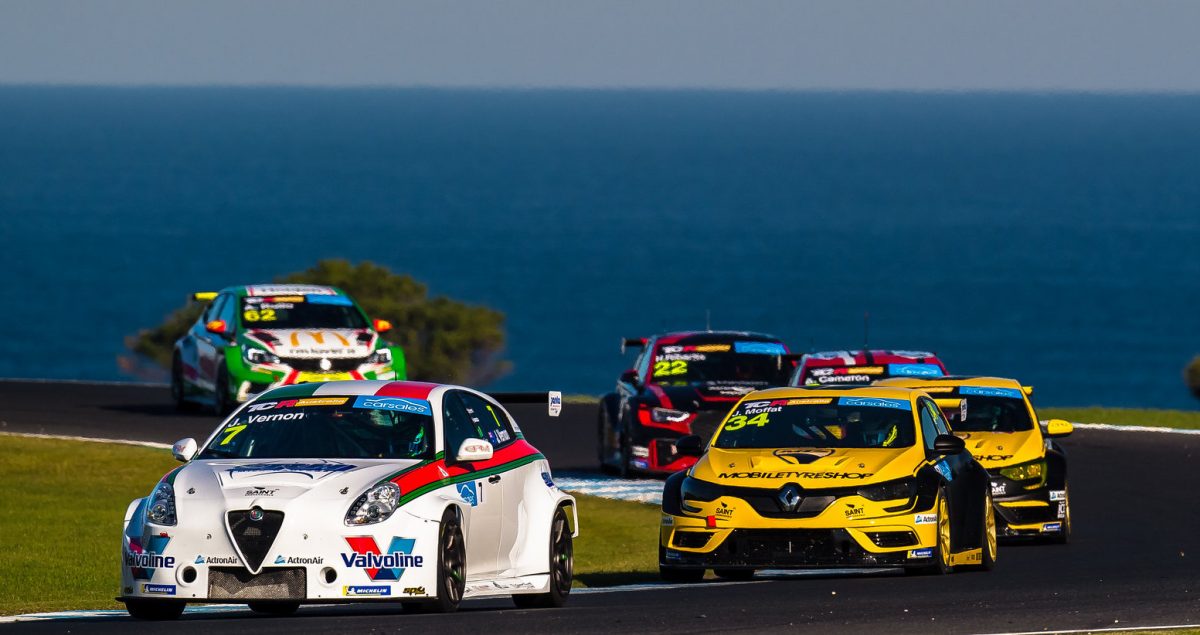 Garry Rogers Motorsport is looking to expand its TCR Australia fleet which could see the team welcome more cars before the season is out.

The Melbourne squad was one of the first to commit to the new front wheel drive touring car class, acquiring two Alfa Romeos and a pair of Renault Meganes.

Jimmy Vernon drives one of the squad’s Alfa Romeos with the other run by Ash Seward Motorsport for Dylan O’Keeffe.

However, team director Barry Rogers has told Speedcafe.com that the outfit is looking to purchase more cars following the interest received since TCR Australia’s launch.

It is expected GRM will stick with brands Renault and Alfa Romeo for its proposed expansion.

“We have got a plan to expand. There will be more cars coming this year,” Rogers told Speedcafe.com.

“Whether we run them all ourselves or whether we, like with Ash Seward, get other teams an opportunity to run them, we’ll see.

“Garry (Rogers) has always been a big supporter of young people in motorsport.

“He likes to give them a bit of a hand to get going, so I think he’s happy to support that side of the business too.

“He’s sort of got a bit of plan that he’d like to help out a few younger guys out there.

“(The decision to expand) is probably from the outside interest we’ve had and probably also Garry’s desire.

“He loves his motorsport and sees this is an affordable way to go about it.

“We’ll see as the season unfolds.

“I think we will stick with what we know there (with brands of car). We’ll probably, over the next month or so, make some decisions on that.”

“We’re close to signing one of the drivers – I’m hoping to do that deal soon,” said David Wall.

“We’ll know more in a couple of weeks exactly how it will work out, but we’ll definitely run three cars at The Bend, and potentially the fourth as well. It really depends how particular deals work out.

“These cars are exactly the same specification as our first two cars, so we are preparing to shake them down at a local track soon before getting them ready for The Bend.”