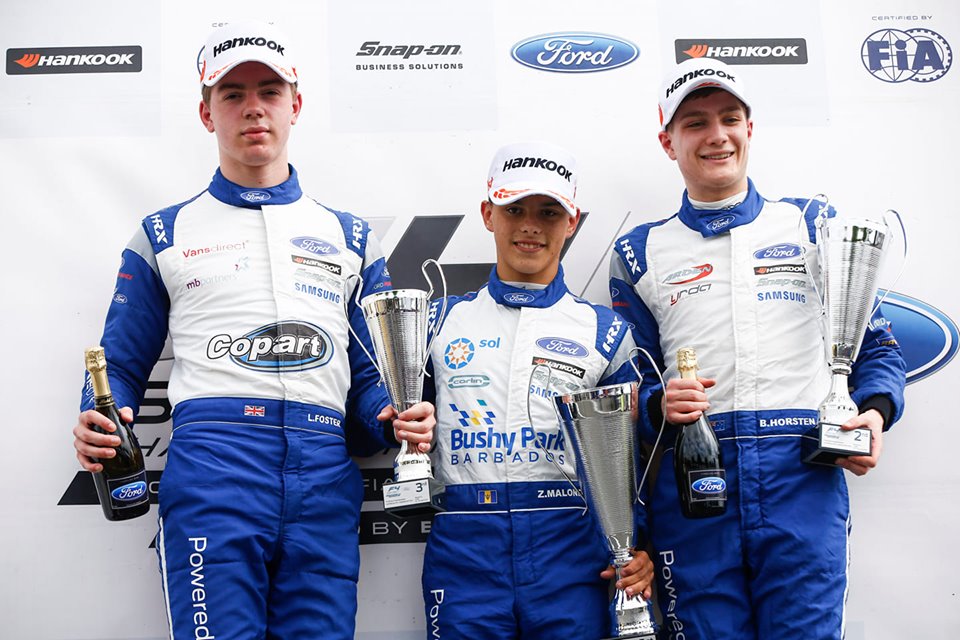 Louis Foster, Zane Maloney, and Bart Horsten on the podium after the Round 10 race pic: F4 British Championship Facebook

Australian Bart Horsten has finished on the podium in each of the two British Formula 4 races which could be run at Croft.

Horsten qualified fourth for both the Round 10 and Round 12 races, and put himself third on the road in the former with a brave pass of Louis Foster.

He then held off four cars to take what would officially be a second placing due to a penalty against Sebastian Alvarez for a jumpstart.

The Arden Motorsport driver was third in the Round 12 race thanks to another eye-catching move when he overtook Alvarez on the run to Clervaux on Lap 1.

Rain saw the second race of the weekend red flagged early due to rain, while Zane Moloney won each of the other two.

Horsten is fourth in the championship ahead of Rounds 13 to 15 at Oulton Park on June 29-30. 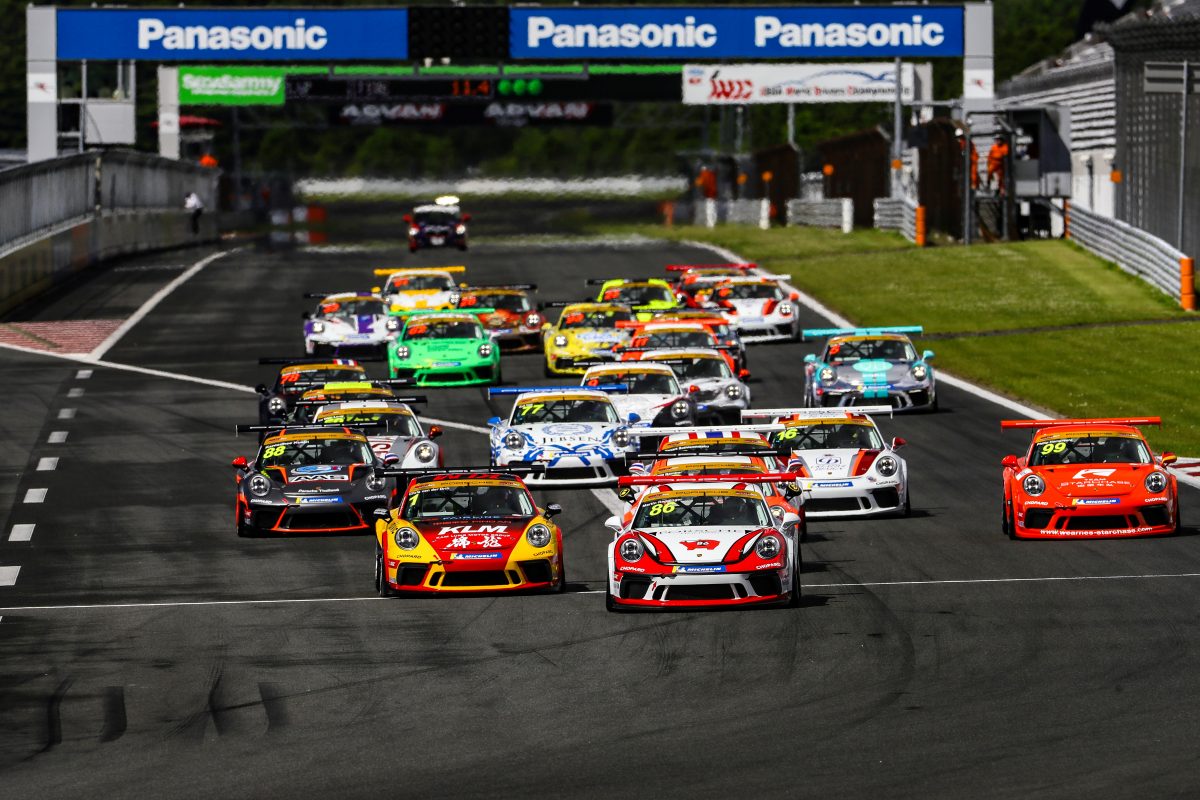 Will Bamber won Round 5 of Porsche Carrera Cup Asia at Fuji International Speedway, shooting clear at the start and never being headed.

Martin Ragginger ran with Bamber for a time but fell away in the closing stages, while in Chris van der Drift won a battle with teenager Daniel Lu Wenlong for third.

Ragginger had dominated the opening race of the weekend, making a strong start to move from third to first at the opening corner.

The German then extended a commanding lead over van der Drift and Bamber, who battled throughout for second.

The Kiwi pair traded positions on multiple occasions, Bamber twice finding a way through at the first corner only to run wide under braking and allow van der Drift back through.

A third race for the weekend, which would have been Round 6, did not take place due to heavy rain delaying Saturday’s program.

Porsche Carrera Cup Asia next moves to Sepang in Malaysia on July 12-14. 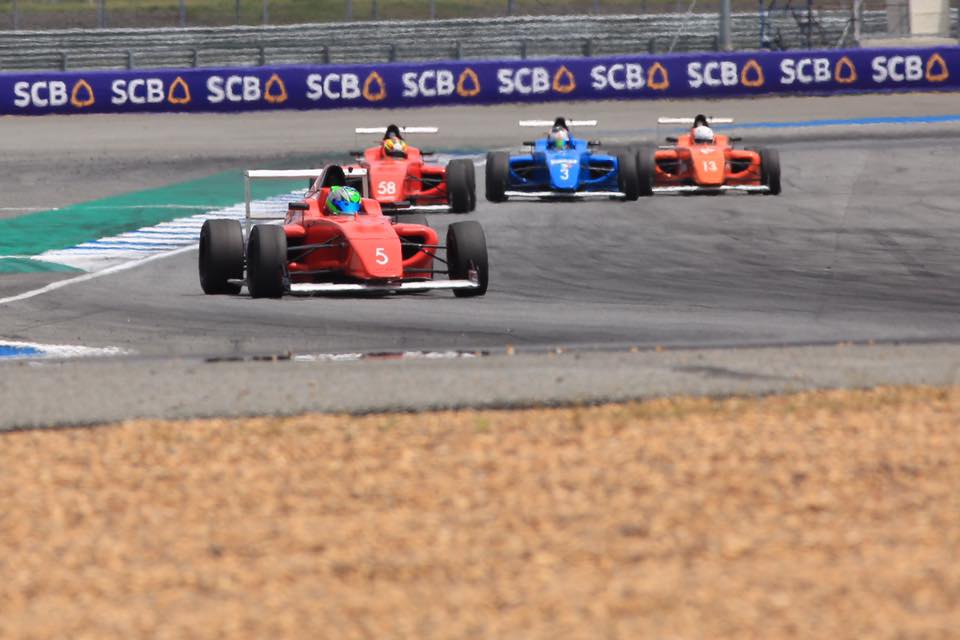 Australian Josh Smith has won Event 4 of Formula 4 South East Asia at Buriram with a win in the second race of the weekend and second placings in the other three.

“It was a perfect week for me, I finished in the top two in every race and this is obviously great for me,” said Smith.

“In the last race, I didn’t have the pace but I’m still happy and now looking forward to the next round.” 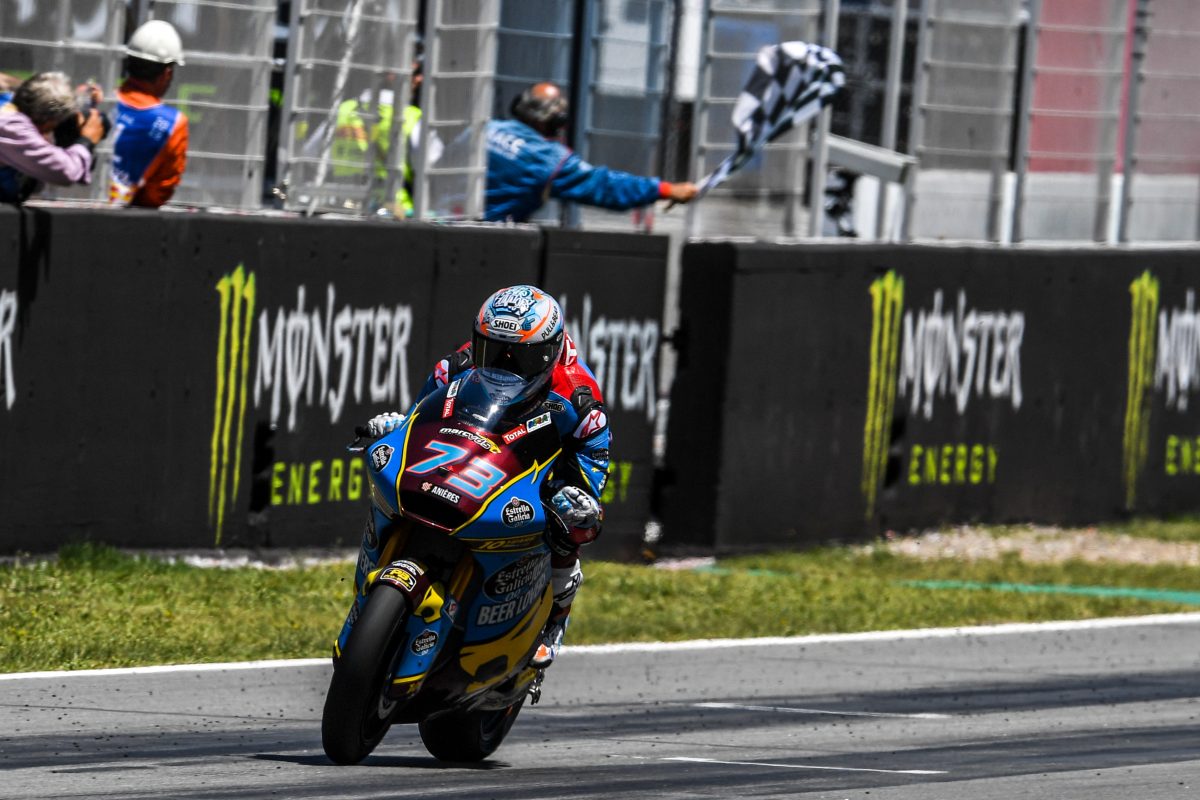 Alex Marquez won for the third time in a row in Moto2 in Barcelona and now leads the championship after Lorenzo Baldassarri crashed out of the seventh race of the season.

Thomas Luthi (Dynavolt Intact GP Kalex) and pole-sitter Augusto Fernandez (Flexbox HP 40 Kalex) vied for the lead early while Marquez (EG 0,0 Marc VDS Kalex) made his way from sixth on the grid to third in the first three laps.

He caught the top two by Lap 7 and passed Fernandez exiting the final corner a lap later, then went down the inside of Luthi at Turn 13 on Lap 13.

Luthi finished almost two seconds back in second position and Jorge Navarro (HDR Heidrun Speed Up) rounded out the podium.

Remy Gardner (ONEXOX TKKR SAG Kalex) didn’t make it past the first lap after a touch with Baldassarri at Turn 4, before the Italian crashed his Flexbox HP 40 Kalex at Turn 10 on Lap 7. 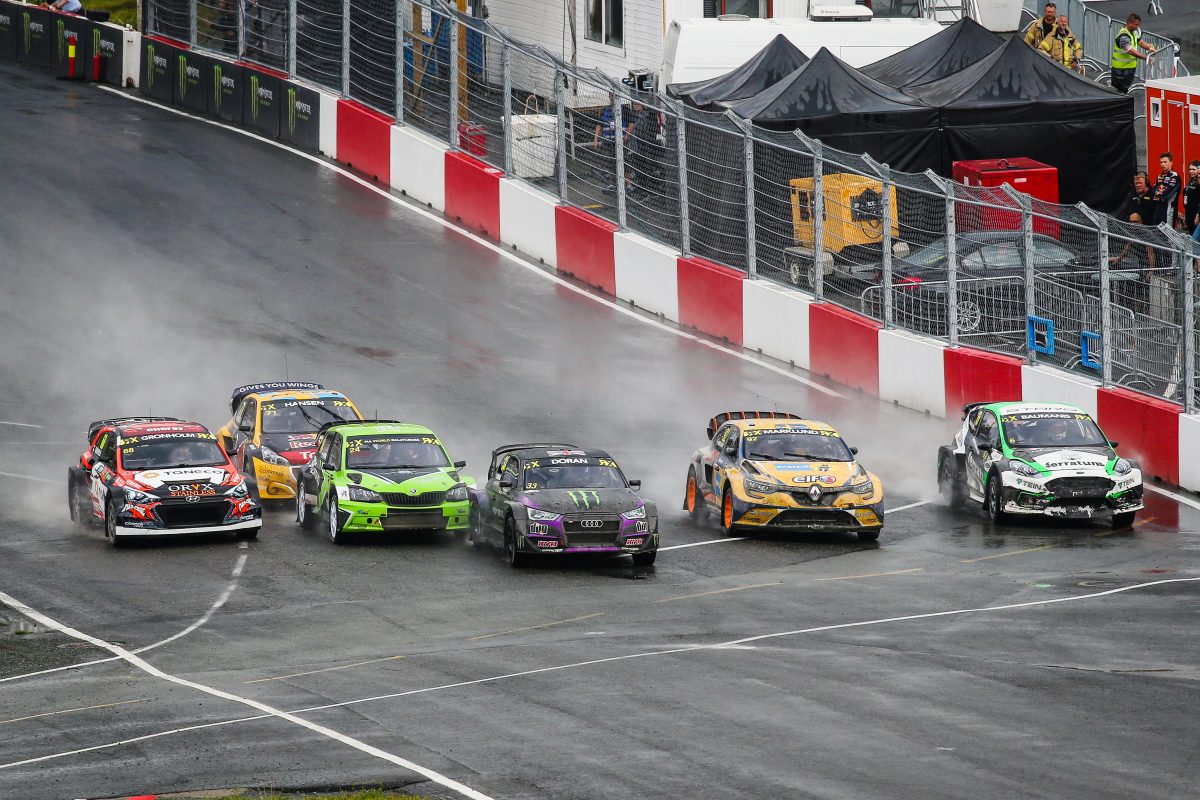 Niclas Gronholm has officially taken a maiden World RX victory despite finishing third on the road in the final in Hell, Norway.

Anton Marklund was the provisional winner but was later disqualified when his Renault was found to have non-compliant bodywork.

Kevin Hansen (Peugeot) had crossed the finish line in second position but the one-second penalty for contact with Gronholm saw him demoted behind the Finn’s Hyundai entry.

Gronholm had topped qualifying and won the first semi-final, by which time heavy rain had set in, but ended up scrapping in the pack in the final due to a poor getaway.

Timmy Hansen (Peugeot) leads the championship on the way to Round 6 at Holjes, Sweden on July 6-7.