Off-contract Campbell eager to take ‘next step’ with Porsche 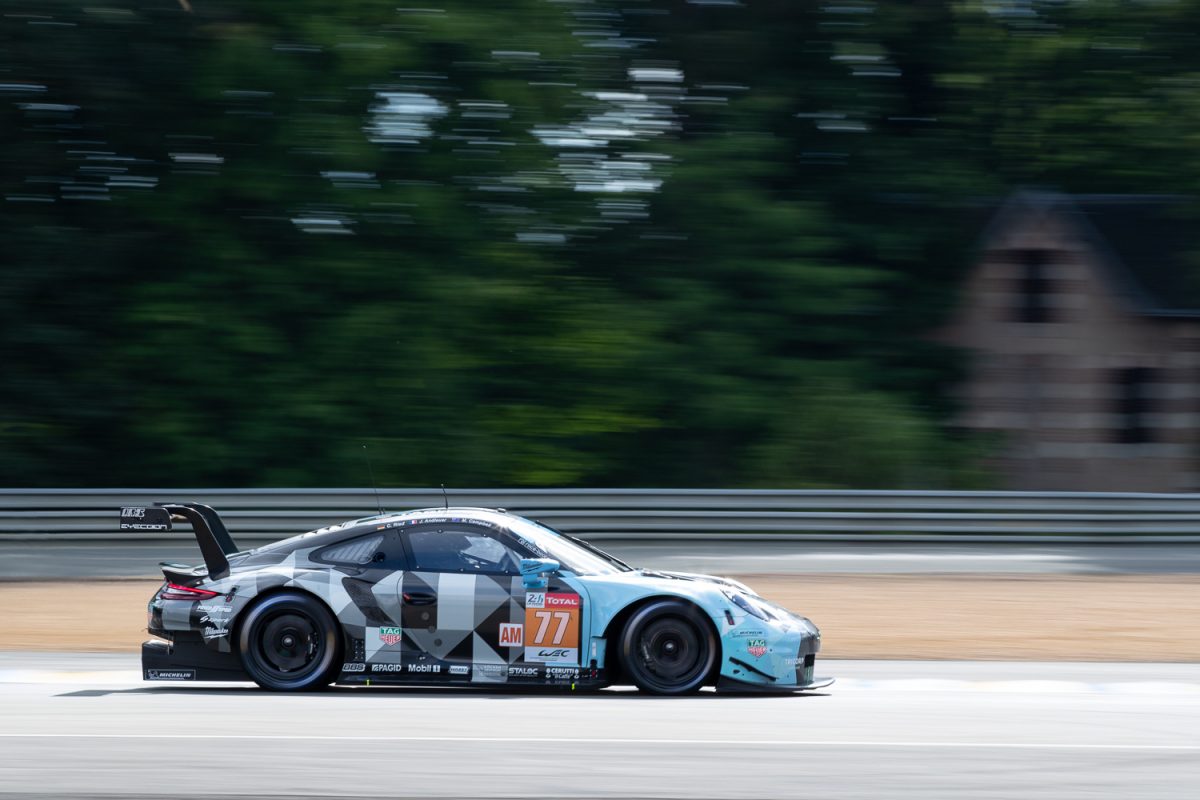 Matt Campbell has been racing with Dempsey-Proton Racing in the World Endurance Championship pic: PSP Images

Matt Campbell missed out on victory at Le Mans but is still tracking strongly to graduate to the ranks of Porsche’s full-time professional drivers after a string of big wins.

Campbell already has a 24 Hours of Le Mans win to his name from 12 months ago and drove the decisive final stint when Porsche won this year’s Bathurst 12 Hour.

A splitter change put paid to his and the #77 Dempsey-Proton Racing entry’s chances this time around at La Sarthe, with Campbell, Christian Ried, and Julien Andlauer, finishing fifth in GTE-Am (36th outright).

However, nothing is a given in motorsport, or in the super-talented ranks of Porsche’s sports car drivers, and the 24-year-old Australian says he is continuing to focus on a step-by-step approach to his career.

“So far we’ve been able to tick every box in the direction we’ve wanted to go since the Porsche GT3 Challenge in Australia in 2014,” Campbell told Speedcafe.com at Le Mans.

“I’m close to a 10 on happiness. I’m living the dream. Travelling all over the world, racing for Porsche, earning a living and making a career.

“I’m just content and happy, doing what I’m doing. Now I just want to get to the next step.”

Campbell has 23 race weekends through 2019 and is sharing an apartment with Jaxon Evans in Germany, which means the pair share their ambitions but rarely see each other.

Right now, with Le Mans done, he is waiting to hear about his future.

“At the moment I’m out of contract. With Porsche it is only a one-year contract, with a one-year option. Hopefully I’ll be able to get something new for next year,” he explained.

“Driving for customer teams, you can only do your job. Porsche knows the job you’ve done. I don’t think the result comes into play much.

But moving up from a Young Professional is the clear objective.

“As a Young Professional, you’re driving for customer teams. The next step is a Porsche factory driver in a factory car,” he said.

“Especially at this stage of my career, this early on, it’s all about racing. I’m not looking into the future much. It’s about continuing with Porsche.”

Even thought he was racing in the GTE-Am class at Le Mans, with a non-professional on the three-man crew, he is still driving the same mid-engine 911 RSR as the factory teams.

“To get the most out of it, it’s a hard car to drive. But in general, you have to treat it like every other Porsche. It’s a step up but the biggest difference is the aero and downforce,” noted Campbell.

“The most important part of this, endurance racing, is setting up the car so that it’s good for a race. Especially for this weekend at Le Mans. We want it to be fast and consistent for the whole race.”

Apart from Porsche and sportscars, Campbell harbours a desire to again race in Supercars at home, having competed in Pirtek Enduro Cups for Kelly Racing in 2016 and Triple Eight Race Engineering in 2017.

“I would still love to come back if I had the opportunity. But in the last two years I haven’t been able to do it, with clashes in dates,” he said of his chances of tackling the long-distance events.

“I wouldn’t say it’s unfinished business. But my two years and experiences in Supercars were very different. I’d just love to come back and do some more in that championship.

“At the moment there is certainly nothing in the pipeline, because I don’t know what’s happening next year in dates. It’s still too early.”

The Bathurst 12 Hour is more likely again with Porsche and Campbell says it’s high on his priorities.

“Bathurst is almost the same level as Le Mans for me, just because it is my only home race. And it’s my favourite track in the world and it has a special place in my heart.”

Campbell and Ried together finished second in their championship, the FIA Endurance Trophy for GTE-Am Drivers, despite being stripped of their points from the first four races due to the team interfering with a data logger.