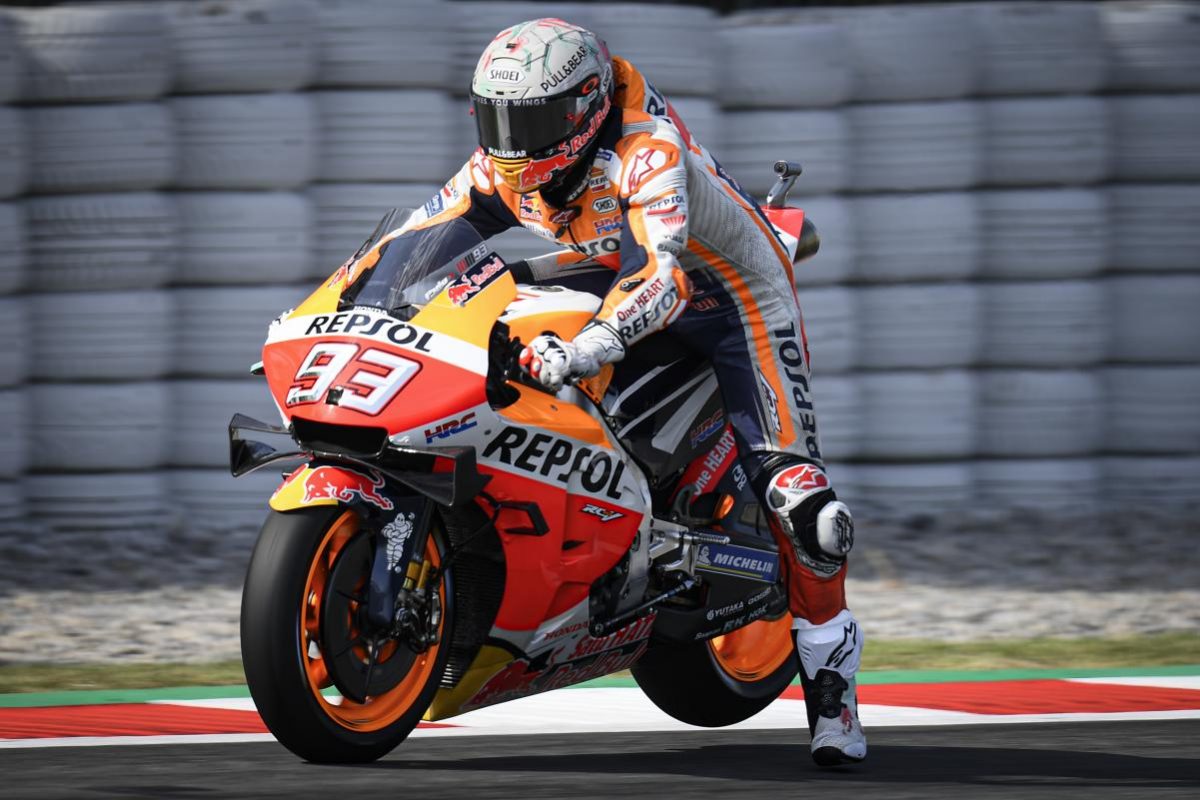 Marquez was passing Dovizioso for the lead at Turn 10 when Lorenzo lost his front end and took out another three riders who were running in the top five.

The championship leader ran away with the race from point, while Petronas SRT Yamaha’s Fabio Quartararo achieved his first premier class podium in a distant second position.

Dovizioso took the lead to Turn 1 from fifth on the grid as Marquez filed into second position after initially trying to pass the #04 Mission Winnow Ducati around the outside, while Viñales (Monster Energy Yamaha) moved into third when Quartararo was held wide at Turn 3.

Viñales was second when Marquez ran wide one corner later, while Lorenzo passed both Quartararo and Petrucci to move into fourth position at Turn 5.

Marquez re-passed Viñales at the start of Lap 2 and when Dovizioso bucked his way through Turn 9, the Honda rider went down the inside of the Italian at Turn 10.

His team-mate, however, dropped his RC213V and crashed into both Dovizioso and Petrucci, while Rossi (Monster Energy Yamaha) also fell when he couldn’t avoid Bike #99.

“It’s a tricky corner, I always say that,” explained Lorenzo later during the race.

“It’s a very close hairpin and you don’t have any options if you brake a little bit too late like (what) happened today with me.

“I was very unfortunate to take out a lot of riders; Valentino, Andrea, and Maverick.

“I feel really sorry for them because it wasn’t their fault, obviously; it was my fault, it was my mistake, but this type of corner is very difficult not to make any mistake in all the race, so it was like that.”

The mayhem saw Petrucci inherit second and Miller, who qualified 14th, assume third position before the Queenslander was passed by Rins and Quartararo on the next lap.

They duelled for a handful of laps until Quartararo had a moment on the rear entering the main straight on Lap 6 and ceded third position to Rins.

The Suzuki rider then twice tried and failed to make a move on Petrucci stick at Turn 1, but got through with contact at Turn 4 on Lap 14.

Miller spent a couple of corners back in front of Quartararo in fourth position before Petrucci powered past Rins at the start of Lap 17.

Rins tried to re-pass a lap later but slide and had to save the highside three times, rejoining the track in seventh position at the exit of Turn 2.

By that time, it was in fact Quartararo relieving Petrucci of second position, and from there he pulled away as the Italian started to struggle for tyre life.

Miller was suffering similar a problem on his satellite Ducati and lost fourth position to a recovering Rins on the final lap, while Joan Mir finished sixth on the second Suzuki.

There were only 13 finishers out of the 24 starters, with the unsuccessful 11 also including Cal Crutchlow when he sprayed his Castrol LCR Honda into the gravel in trying to lunge past Miller at Turn 4 on Lap 19.

Marquez’s race lead peaked at about 5.5s before he eased off in the final seven laps, and the Honda rider now heads the standings by 37 points over Dovizioso, with Rins only two more behind.

Testing takes place at the Circuit de Barcelona-Catalunya on Monday (local time), with Round 8 at Assen on June 28-30. 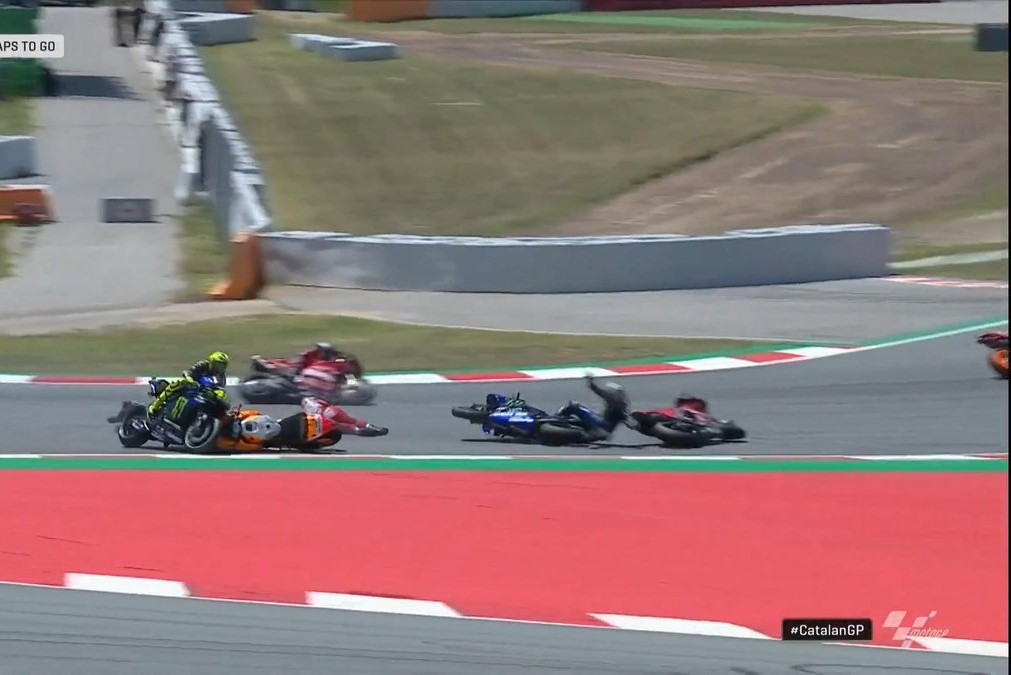