Hazelwood impresses despite trio of setbacks

Hazelwood impresses despite trio of setbacks 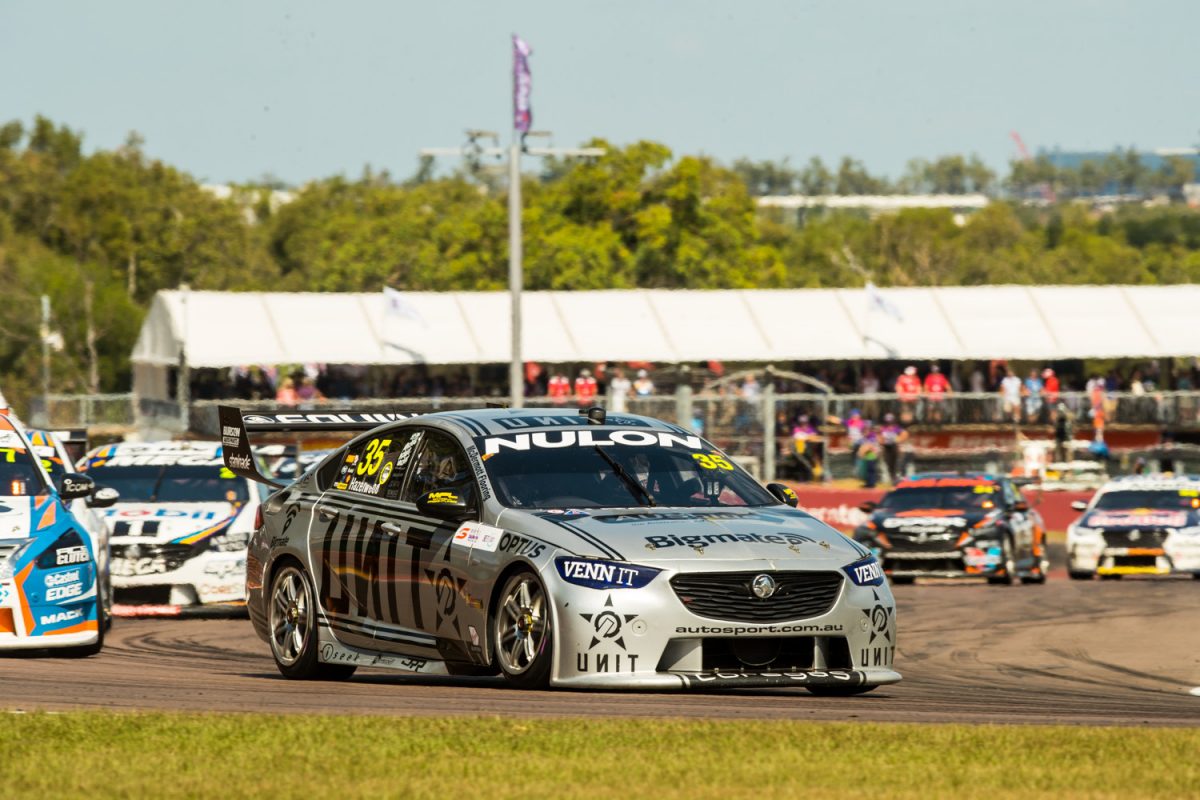 Todd Hazelwood finished 13th despite a helmet fan failure, running out of water, and a significant time loss in the pits in Race 16 at the BetEasy Darwin Triple Crown.

The second-year Virgin Australia Supercars Championship driver delivered his best result in seven races despite the trio of setbacks, and a poor Saturday for him and Matt Stone Racing.

Hazelwood believes that he could have finished in the top 10, which would have at least equalled his career-best result, had it not been for the delays in the pits, the cause of which he did not know when speaking shortly after the race.

The result was still a major improvement after the #35 ZB Commodore started and finished 18th in Race 15 a day prior.

“We had a really solid race,” Hazelwood told Speedcafe.com.

“We had a great car and really impressive turnaround from the team. Obviously (Saturday) was pretty average, and we really struggled to get the tyre to last.

“It was just unfortunate, we lost probably about eight or nine seconds in the pits looking back at our two pit stops, which is a bit of a shame because it could have been a really strong result.

“We were looking to probably be inside the top 10 if our last two pit stops went a little bit better. It’s just the way the cookie crumbles.”

Hazelwood said that while the second half of the 200km Sunday race became unpleasant due to the effective loss of his helmet fan, and then running out of water, he was able to manage the conditions.

“The worst thing, when it’s hot and the fumes are coming in the car, is that not having helmet air it makes it really fumy inside the car and it can play with your head a little bit if you’re not careful,” he explained.

“I’ve never really had too many issues with the heat inside the cars. We always say if you’re already worried about the heat, you’re half cooked before you get in it. We got through it.

“The helmet hose came off halfway through the second stint; I was fishing for it for a couple of laps and in the end (thought) ‘Oh stuff it, I’ll just have to get ready and used to it.’

“But then the next thing, I ran out of water with 30 laps to go, so it made it a little bit tougher.

“It’s joys of racing at a hot event.”

The 23-year-old arrived in the Top End amid speculation about his future at MSR, with which he has not only graduated to the Championship but also won the Dunlop Super2 Series since joining the team in 2014.

Hazelwood agreed when it was put to him that the performance was a boost for his 2020 prospects, but was more focused on the present.

“Today was a really good turnaround. I think the most impressive thing is, we obviously didn’t have a car that was really strong to start the weekend, but to have the ability to turn the car around and get that car essentially with top 10 pace…

“We were only less than eight one-thousandths off being fifth in qualifying; obviously we were 12th, but if we only found half a tenth, we would have been in the Top 10 Shootout and it would have been a really nice day.

“But even our race pace was really strong and, as I said, we should have been the top 10, so I think for our team, anytime we’re doing that, it’s a good day at the office.”

Hazelwood remains 17th in the championship, which continues at the Watpac Townsville 400 on July 5-7.