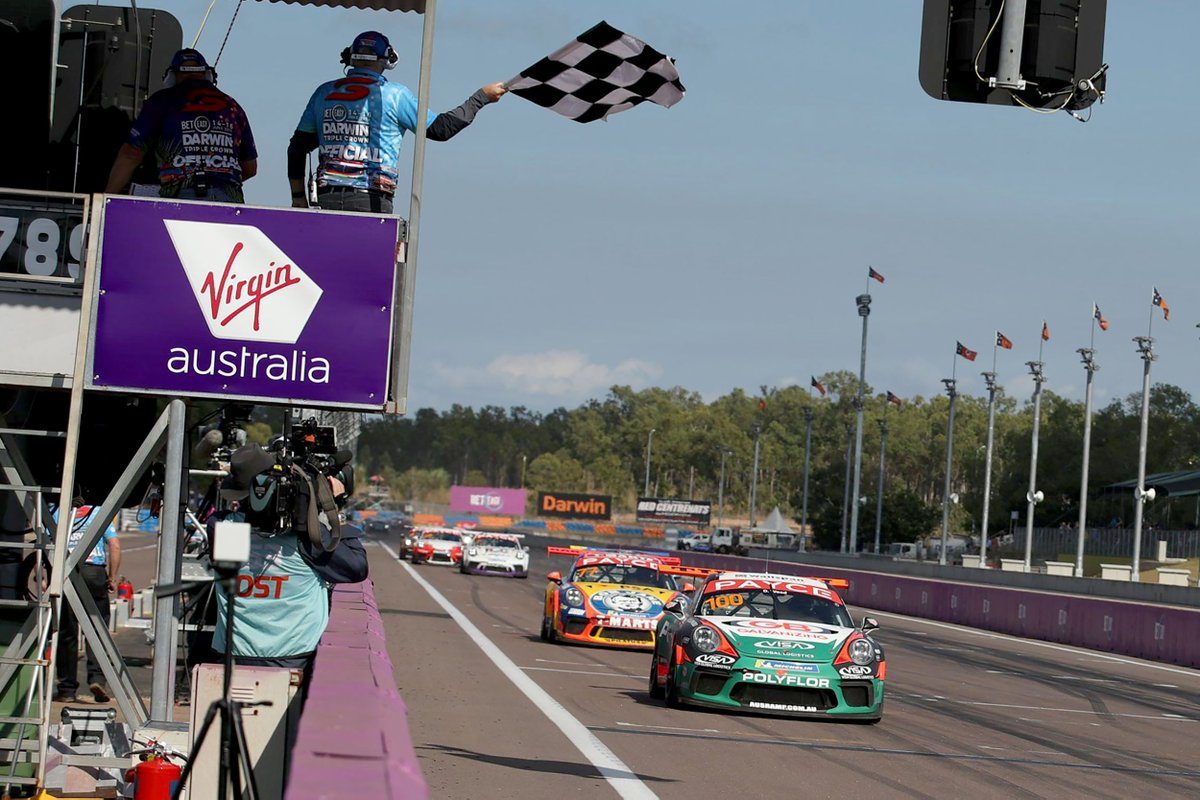 Dale Wood has extended his championship lead, taking out race two of the weekend in the Porsche Payce Carrera Cup Australia at Hidden Valley Raceway.

Wood led a Sonic Motor Racing one-two in a time certain finish ahead of Michael Almond, three-hundredths behind.

Fellow Sonic driver Jordan Love was however involved in a nasty collision on the opening lap.

Liam Talbot (#27 Wash It) was tagged by Dean Cook (#22 BMF) on the approach to the tight left-hander of Turn 6, spinning uncontrollably on the grass into the driver’s side of Love’s #777 car.

“Yeah, he said he’s ok on the radio,” Sonic Motor Racing Boss Michael Ritter clarified. “He’s out of the car, looks like he’s a bit stiff, a bit sore.

“From that, it’s very hard to say. Talbot has obviously hit the grass, can’t get the car pulled up, and Jordan is the innocent victim. Let’s get back and try and get the car out for the last race.”

Hill led the field on the restart before sailing wide at Turn 1, handing the lead over to series leader Wood.

Down the field, Cook was involved in another accident spectacularly flying off the track into the deep Turn 1 runoff after making contact with Sam Shahin (#13 The Bend Motorsport Park) on the main straight.

Shahin squeezed Cook into the inside wall, sending the latter soaring off the track at high speed.

Wood, Almond and Hill are tied on the round leaderboard ahead of the final race of the weekend.