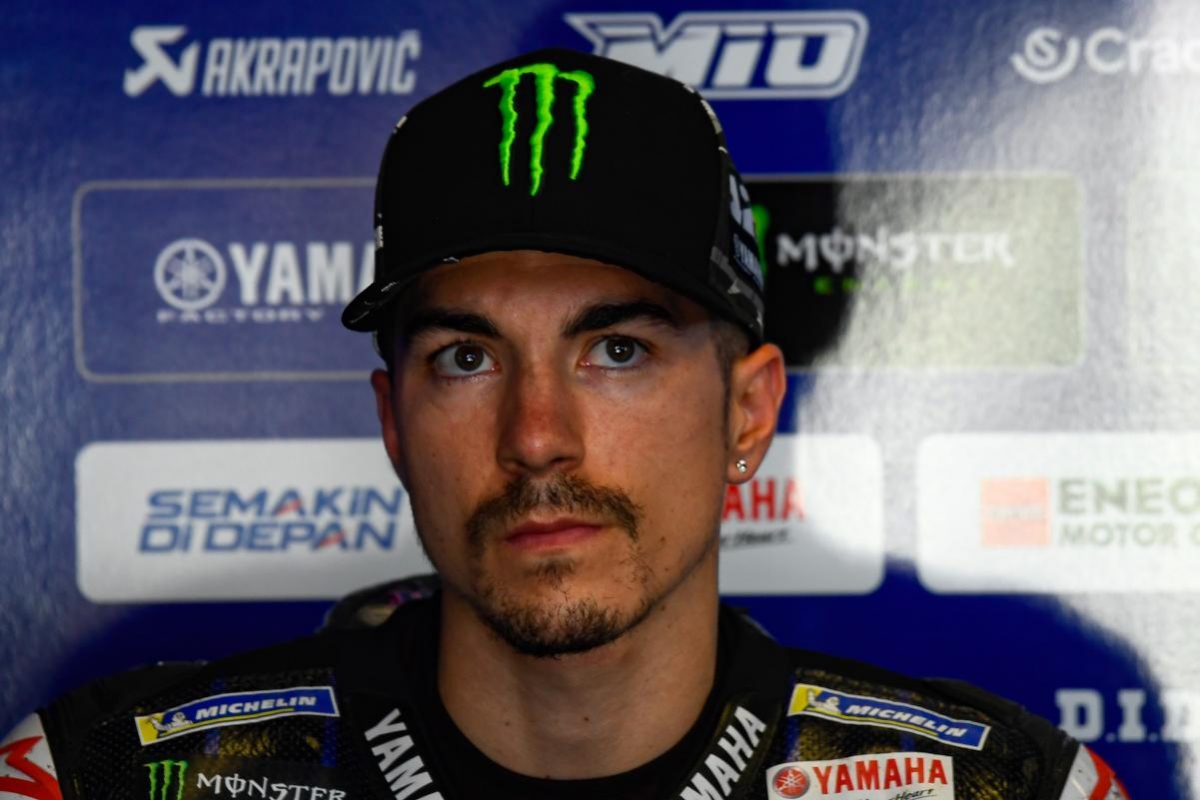 Maverick Viñales has lost his front row start for tonight’s Catalan MotoGP due to a grid penalty for impeding Fabio Quartararo.

Replays showed the Monster Energy Yamaha man riding slowly and having even just picked up his front wheel in celebration when Quartararo arrived at Turn 9 on a final flying lap in Qualifying 2.

The French rookie was then seen remonstrating with Viñales having not yet realised that he had done enough to secure a second premier class pole position.

Stewards penalised Viñales three grid positions for “riding in an irresponsible manner”, meaning he will now start the 24-lap race in sixth position.

“I don’t know what to say, I thought I get the chequered flag so I was saying hey to the people, make wheelies and everything and I didn’t understand,” said the Spaniard before learning of his sanction.

“Then I saw Fabio and I saw it too late. I don’t know. I didn’t expect it because I thought I was on chequered flag, I didn’t check the screens, was like this.”

The factory rider’s loss is the satellite team’s gain with Quartararo’s team-mate Franco Morbidelli, who was a thousandth of a second slower than Viñales, promoted to the outside of the front row.

Repsol Honda’s Marc Marquez splits the two Petronas SRT Yamahas at the head of the grid, having finished 0.015s slower than Quartararo after nearly highsiding on his final flying lap.

Next Story Marquez wins in Catalunya as Lorenzo causes carnage