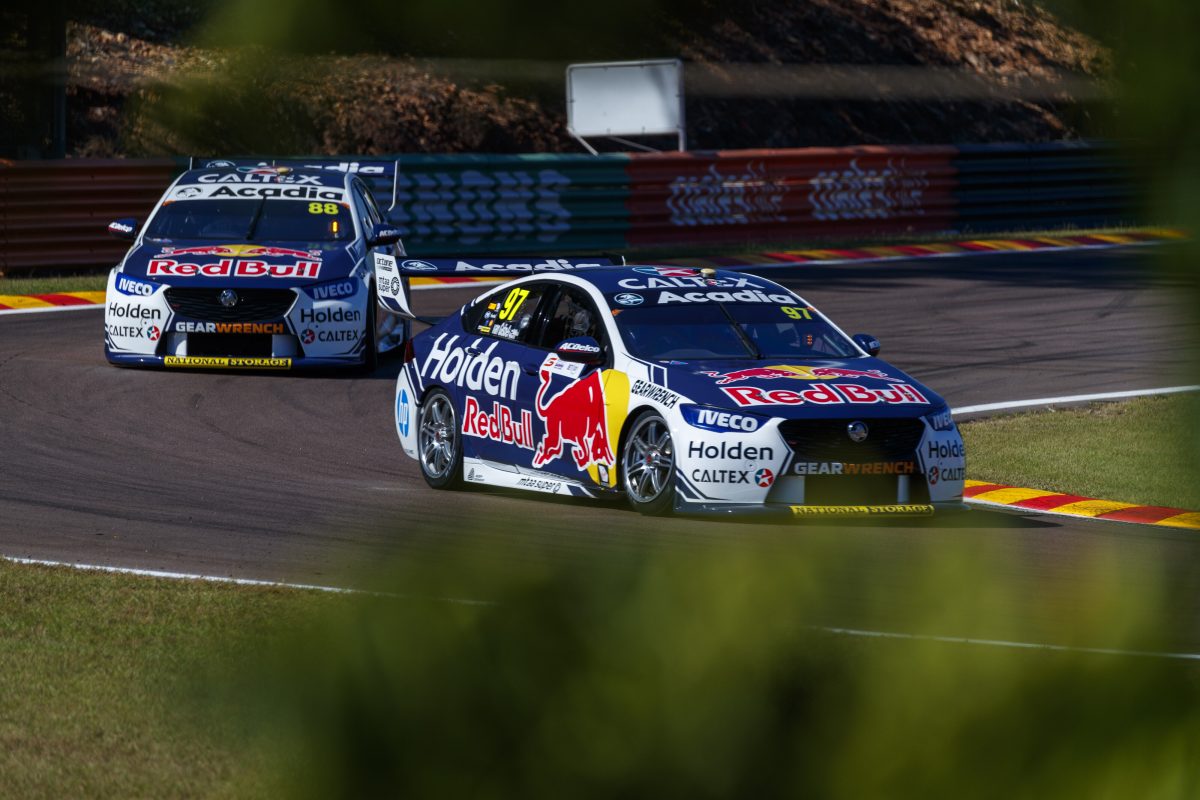 Whincup qualified 11th for Race 16 of the Virgin Australia Supercars Championship at the BetEasy Darwin Triple Crown, having been knocked out of the top 10 when Mark Winterbottom jumped to eighth in one of Whincup’s old cars.

Van Gisbergen beat the chequered flag by less than two seconds to fit in a final flyer but was only fast enough to elevate himself from 23rd to 16th.

Whincup explained that a ‘dramatic’ set-up change after a problem found after Saturday’s Race 15 saw him struggle to tune his #88 ZB Commodore in-session.

“We found a problem with the car last night which changed the set-up fairly dramatically,” he said.

“I tried to adjust it with the bars, but I threw an oversteery car into an understeery car.

“Our performance is much better than the P11, but just the difficulties of what happened yesterday has made our job hard today.”

“Very disappointed not to be in the 10 (shootout); to only miss out by a few hundredths.

“I was literally off the track a couple of times with big understeer. Car was easily quick enough, but we’re making work hard for ourselves this weekend with all the little issues going on.”

Van Gisbergen, who had not been higher than ninth in a practice or qualifying session since Practice 1 on Friday, put his troubles down to a move to imitate Whincup’s set-up.

“We made some big changes, as I said yesterday, towards our car, but then we were made to go to 88’s set-up,” said the Kiwi.

“I think that was the best thing, to work as a team, but it just doesn’t suit us. I couldn’t stay on the track in the first run.

“So, we just tried to make the car back, but couldn’t get it completely.

“Yeah, it’s a tough one, I think we’re better off working as a two-car team, but it’s really just not working for our side.

“I think was 87th after that first run. I don’t know, it’s a struggle, but we found some real gains yesterday.

“So, hopefully we can go back to that. We have a good race car.”