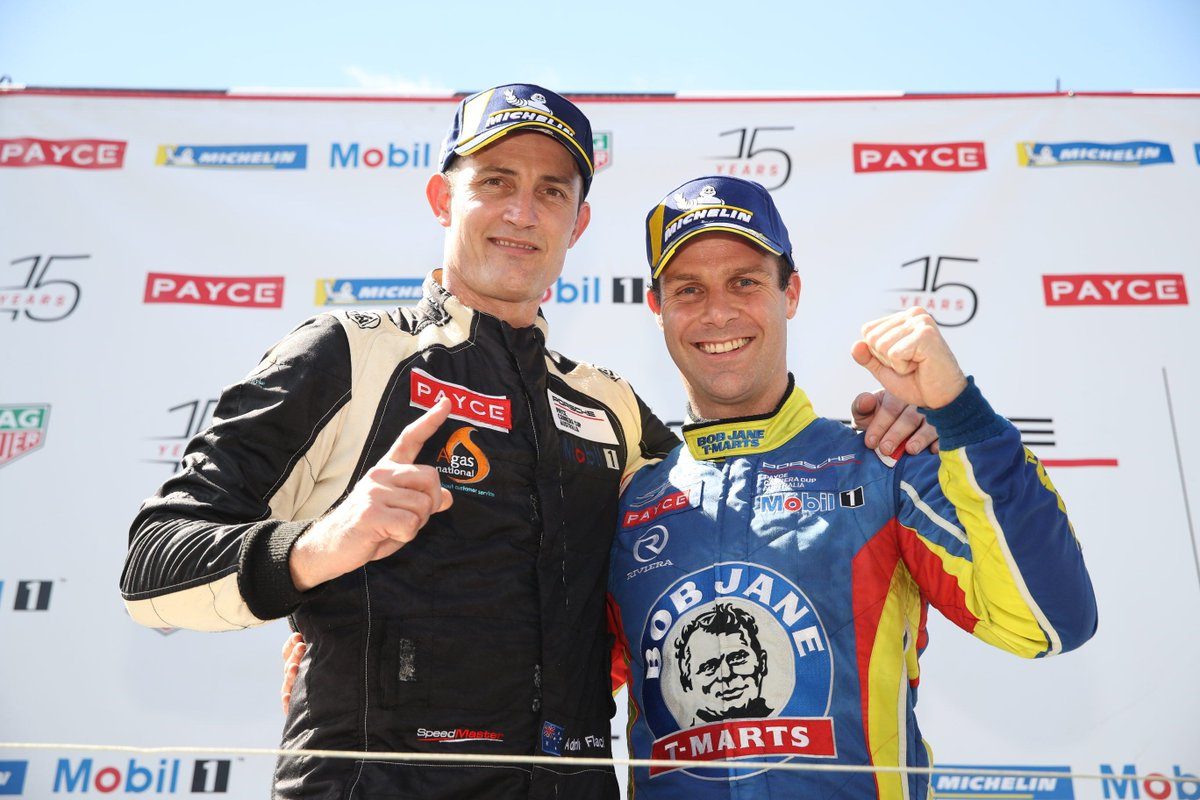 Michael Almond has become the third different winner of the weekend as he claimed Round 4 of Porsche Payce Carrera Cup Australia at Hidden Valley Raceway.

Almond passed Sonic Motor Racing team-mate Dale Wood on Lap 5 and they would finish that way in a reversal of the top two in Race 2.

Warren Luff (McElrea Racing) and David Wall (Wall Racing) finished in the same positions as in Race 2, in fourth and fifth respectively.

The weekend’s attrition continued with a multiple car tangle on the opening lap at Turn 5 which brought out the Safety Car for the third time at Hidden Valley.

Only 13 cars took the restart on Lap 3 after 19 started the weekend.

Dean Cook, Jordan Love, and Liam Talbot all failed to start the race after their accidents in Race 2 earlier this morning.