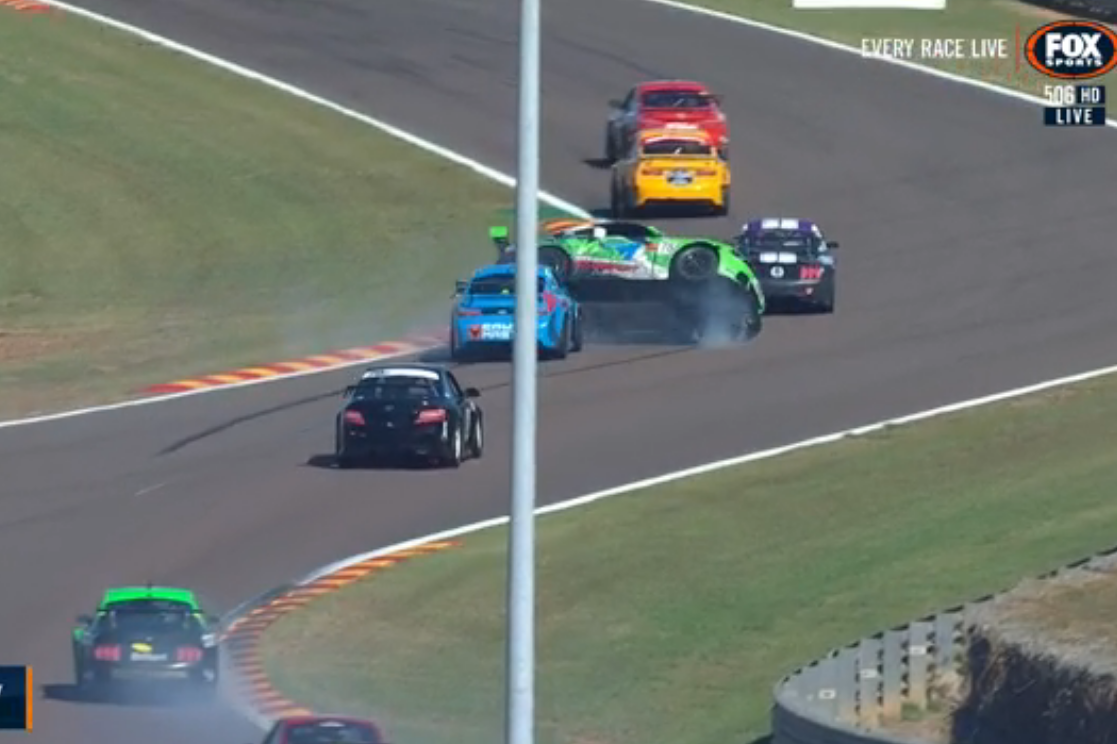 Grant Thompson has been hospitalised with suspected broken ribs after he was tipped into a rollover in Race 1 of Aussie Racing Cars at the BetEasy Darwin Triple Crown.

Thompson rolled at an estimated 160 to 170km/h and then made heavy contact with the outfield fence on Lap 2 after a hit in the side from Jonathan Bloxsom at the Turn 3/Turn 4 flip-flop.

Bloxsom had got a run on the #78 Western Sydney Motorsport (WSM) entry and attempted to run side-by-side through the complex but hit the ripple strip on the way in, which pitched him into Thompson.

Craig Thompson, who owns WSM, told Speedcafe.com that his brother had been taken to hospital in Darwin.

“He’s in Darwin Royal for observation, they’re going to check him for internal bleeding and just x-ray him for his suspected broken ribs,” said Craig.

“I think they had to help him out because he was struggling to breathe because of his ribs. He’s a bit banged up.”

When asked if Grant had said anything about the incident, Craig responded, “He said ‘I’m bloody sore’.

“He knows what happened, he was more concerned about trying to get his breath right.”

While Aussie Racing Cars are sometimes turned around the day following a rollover, such as the case of Brendon Pingel’s series of flips at Queensland Raceway in 2016, Thompson’s car is a write-off after slugging the Armco.

“We might find some bits off it but it’s been knocked up.”

The rollover is Grant Thompson’s second in just over 12 months after another incident with Bloxsom at Winton last year. 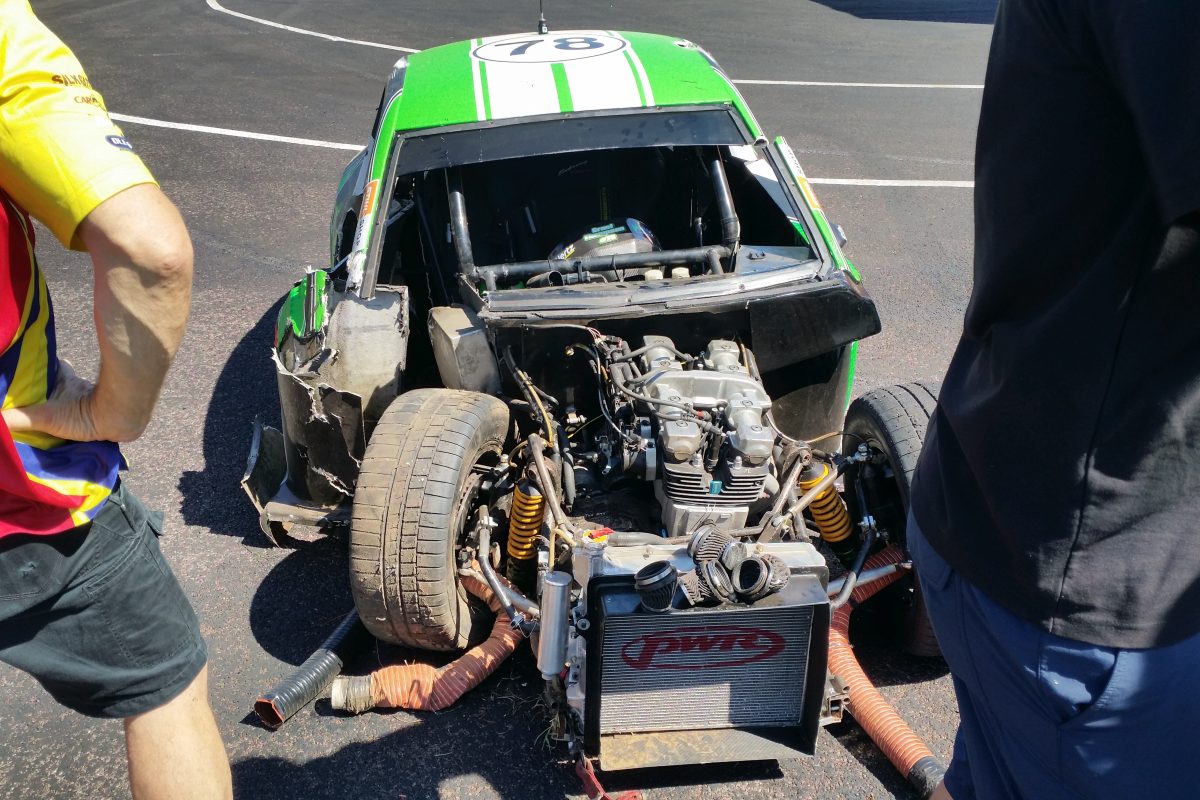 The written off chassis