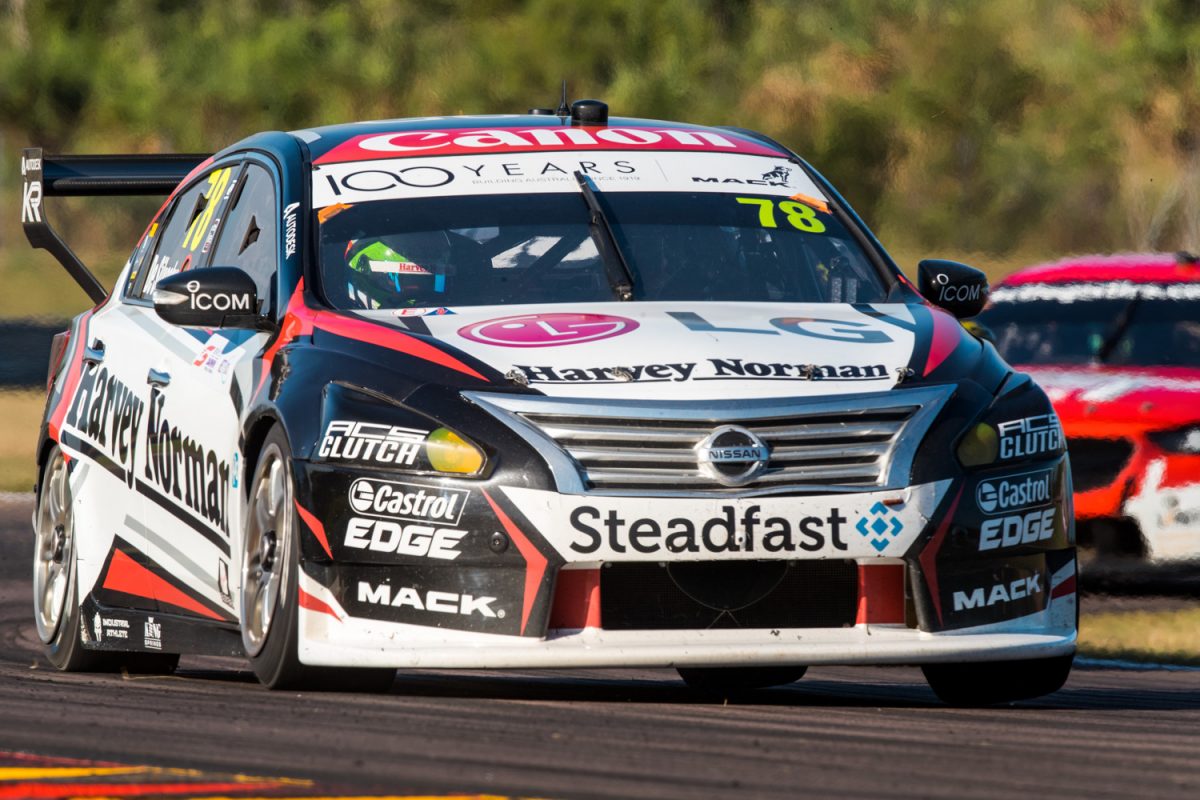 Simona De Silvestro has been issued a post-race penalty for pushing Todd Hazelwood off the road early in Supercars Championship Race 15 at the BetEasy Darwin Triple Crown.

De Silvestro and Hazelwood were both attempting to capitalise on the kerfuffle between Mark Winterbottom and Andre Heimgartner at one end of the main straight when they arrived deep under brakes at Turn 1.

Hazelwood appeared to already been running wide when he received a touch from behind from the #78 Nissan Altima which saw both leave the road at the start of Lap 3.

Having been vying in a gaggle of cars for 13th position, De Silvestro ended up 20th and Hazelwood 21st when the Safety Car was called for a separate incident involving Tim Slade and Rick Kelly.

The Swiss driver was given a 15-second penalty which relegated her from 16th to 19th, officially one position behind Hazelwood in the final classification.

“Following a Post-Race investigation by the DRD and after an admission by the Driver of Car #78, Simona De Silvestro, the Stewards imposed a 15 second Post-Race Time Penalty on Car #78 for a breach of Article 2.1 of Schedule B2 (Careless Driving) for contact with Car #35 Todd Hazelwood, at Turn 1 on Lap 3 as a result of which Car #35 was pushed off the Race Track surface and lost positions.”

An investigation into the wild Lap 1 incident between Macauley Jones, James Golding, and Jack Le Brocq resulted in no further action as the Driver Standards Advisor, Craig Baird, and Deputy Race Director, Dave Stuart, found no driver wholly or predominately to blame after a review of broadcast, Hawk-Eye, and in-car footage.

Kelly incurred a drive-through for the Slade crash, Will Davison had 15 seconds added to his race time after officials determined during the race that he was released unsafely into the path of David Reynolds in the pits, and Andre Heimgartner served a 15-second hold in his pit stop for weaving with the Safety Car lights out.