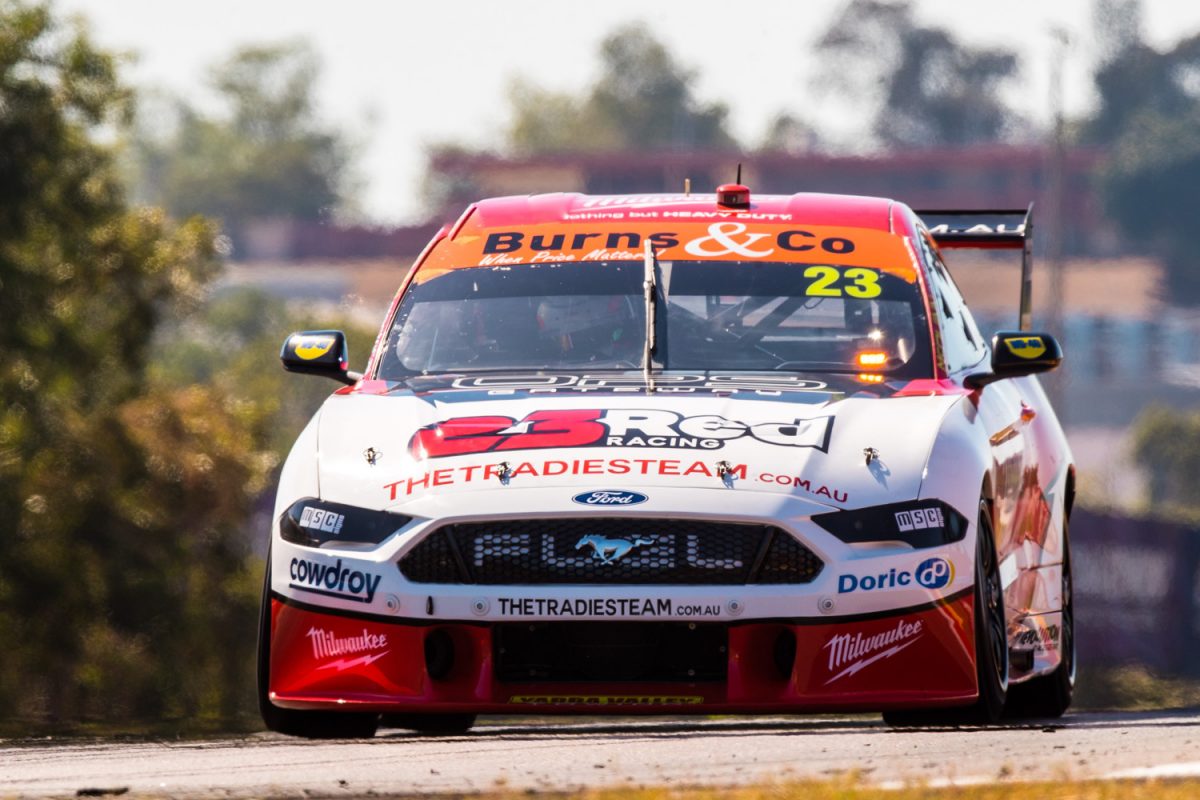 The Tickord-run 23Red Racing Ford was in the mix for a podium early in the running in Race 15 courtesy of a fast start from driver Will Davison from a season best third on the grid.

Davison managed to snatch second spot from Penrite Racing’s David Reynolds on Lap 1, which he held until making his compulsory pit stop on Lap 19.

However, hopes of a milestone result dissipated when the #23 Mustang was released into the path of Reynolds who also pitted on the same lap.

The pair made side-to-side contact before Davison eventually yielded to Reynolds.

Stewards subsequently issued a 15-second penalty to Davison who would end up crossing the finish line in ninth and was officially classified in 12th position.

After hearing his driver’s fate, Munday left the track prior to the race finish before looking into a possible appeal after describing the penalty as harsh.

“I think we were a bit harsh done by on that penalty that we copped,” Munday told Speedcafe.com.

“We might have been a bit slower in that pit stop, but that release wasn’t unsafe.

“We don’t have a B-pillar, really, but if you put the B-pillar where the B-pillar should be in a car, we were (hit) behind, almost to the back wheel; it nearly turned Will around.

“They say it’s motorsport but I don’t think it’s fair.

“Tomorrow’s a different day, I guess, but I’m gutted, I am absolutely gutted. I was so gutted, I actually left before the end of the race.”

“You know, obviously we had a great qualifying, great start and it all went pear-shaped in the pit stop. It’s one of those things that’s always a marginal call, it’s always a tough situation.

“We were trying to cover off Reynolds, he had a slightly quicker stop, obviously, and you just can’t really see in the car so you just do what you’re told.

“When I saw him I tried to avoid any contact, and I thought we may have got away with it so I was pretty gutted when I knew we got the penalty, then I was just trying to get out of everyone’s way, really.”