Whincup: Winless streak not playing on the mind

Whincup: Winless streak not playing on the mind 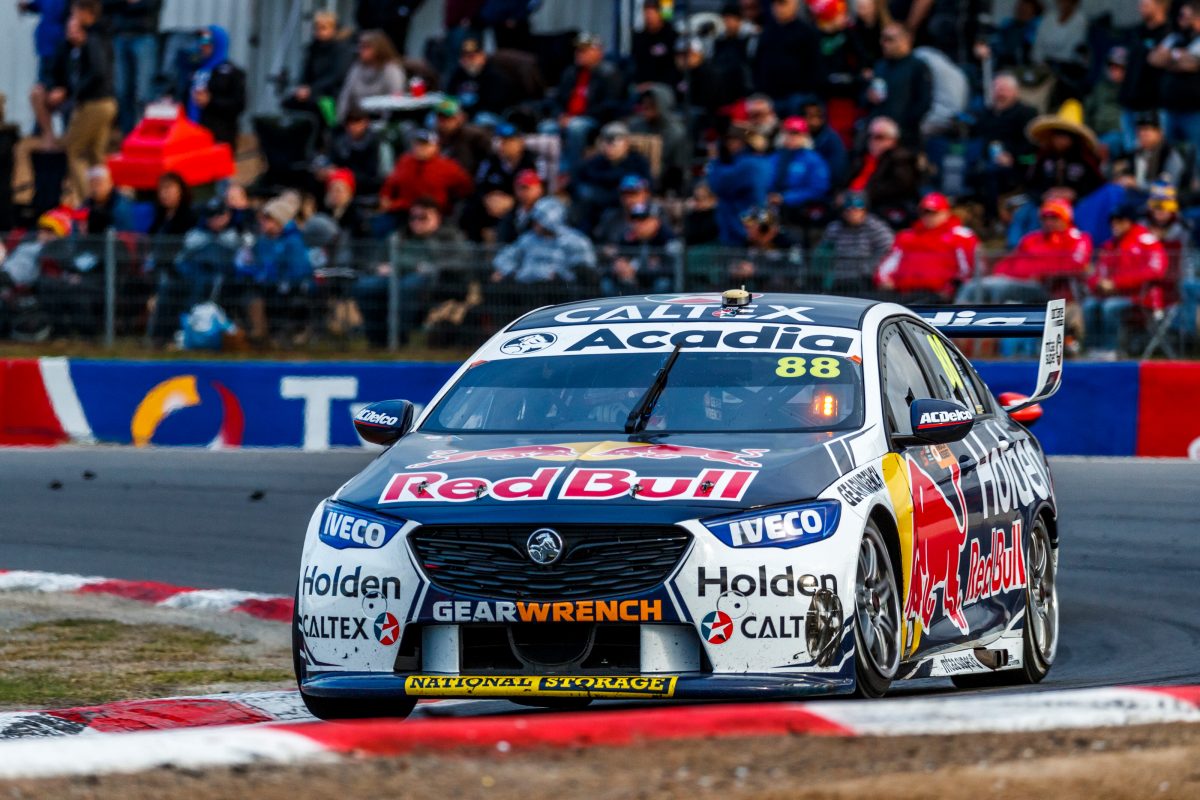 Jamie Whincup says the run without a race win this season is not playing on his mind as the season approaches the halfway point at the BetEasy Darwin Triple Crown.

The seven-time Supercars champion is yet to visit the top step of the podium after 14 races to date that have been largely dominated by Shell V-Power Racing.

Whincup sits fifth in the standings some 478 points adrift of series leader Scott McLaughlin, who has racked up 10 victories.

Whincup’s season has featured five podium results but has also been littered with a mixture of misfortune and lack of pace, most notably at Phillip Island, as Triple Eight continued to work on adapting to the new-for-2019 linear spring dampers.

In his 2017 title-winning year, he did not win a race until Townsville but remained much closer to the top of the points table until that time.

The 36-year-old is not concerned by the lack of wins so far in 2019 and believes, had this season been any other year, his pace would have claimed victories by now.

“It doesn’t play on my mind. If we hadn’t done a good job it would be playing on my mind,” Whincup told Speedcafe.com.

“In my opinion, I’ve had a couple of races this year that in any other year would have been a win.

“It’s just circumstances this year; that is the only reason why we haven’t had a win or a pole position.

“As far as our personal performance has gone, it’s been as good as other years, and if everything was the same as it was in previous years, we’d certainly have a couple of wins and a couple of poles.

“I feel like we’ve performed really high on a few occasions especially at the Australian Grand Prix is one that comes to mind.

“We bolted out into the lead and that would have been a race win any day of the week but Chaz (Mostert) was rocket fast.”

Triple Eight has begun to make inroads into the gap to Shell V-Power Racing in recent rounds.

It is hoped that further refinements to the ZB Commodores will again yield gains at this weekend’s BetEasy Darwin Triple Crown.

Since Whincup finished third in Race 14 at Winton, the team conducted a driver evaluation day test at Queensland Raceway for Brodie Kostecki and Malaysian Jazeman Jaafar, which may have unearthed improvements to the overall package.

“We’re hoping to make another gain this weekend. We’ll certainly find out when we hit the track on Friday.

“Coming from Perth, we’ve made some big changes to our car.

“It is certainly better on those high grip tracks, but it’s yet to be proven on this sort of medium  grip surface.”

Whincup heads to Darwin having made a debut appearance in the Australian GT Championship at Phillip Island last weekend.