Webber: Ricciardo may have ‘dodged a bullet’ by missing Ferrari seat > View 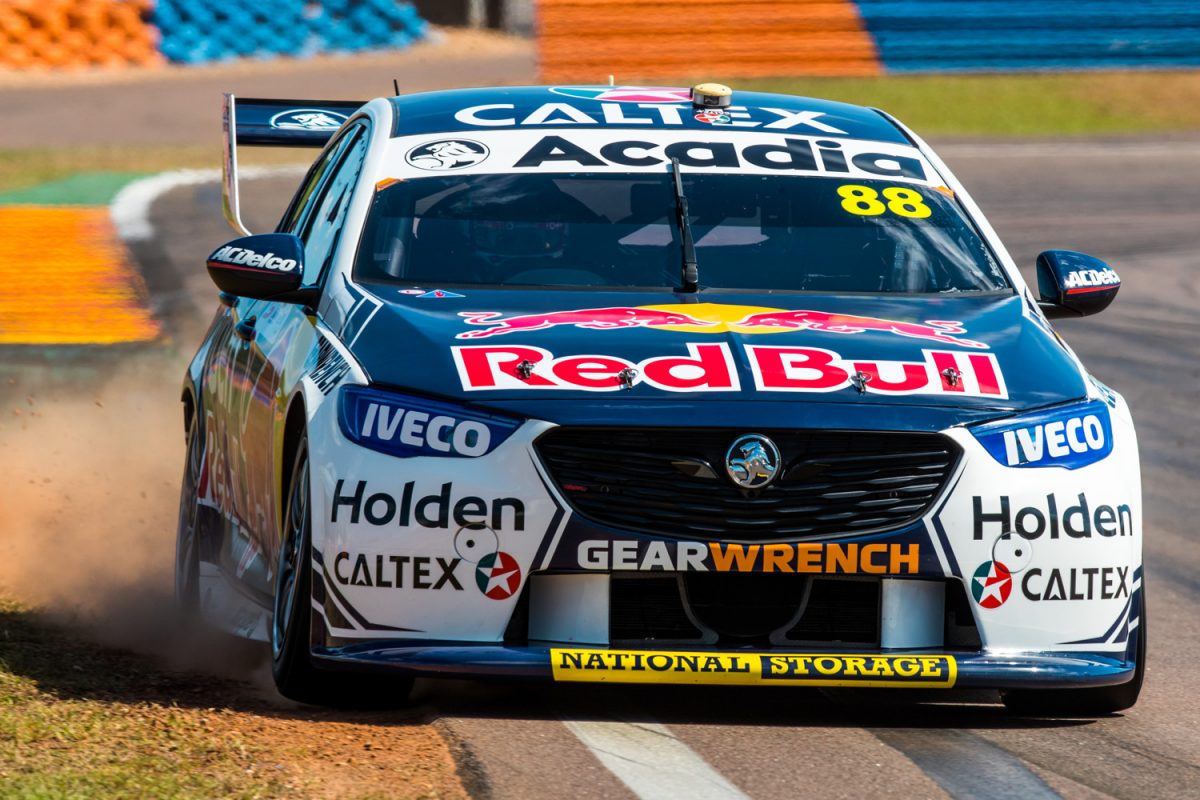 Jamie Whincup has revealed that a ‘fundamental’ issue is affecting the process of getting his Holden ZB Commodore off the line.

The problem first surfaced at Winton three weeks ago before rearing its head again in today’s practice sessions for the BetEasy Darwin Triple Crown.

Whincup confirmed that his Triple Eight team has changed several ‘major’ components to fix the issue but has so far been unable to rectify the problem.

While the issue failed to affect Whincup’s speed, after ending Friday practice behind the Shell V-Power Racing Fords of Scott McLaughlin and Fabian Coulthard, the team will continue its search to find a remedy overnight.

“We got a fundamental issue which we’re going through the process of elimination.

“We’ve changed all the majors and that hasn’t made a difference, and now we’re going to have to change all the minors.

“It’d be something silly like the brake line or clutch line or something like that. We’ll do a massive change of everything tonight and fingers crossed it starts to feel normal tomorrow.

“The clutch feel is very, very foreign. It’s not what it should be. It’s definitely a mechanical issue, we just can’t put our finger on it.

“These things happen, you’ve got to replace everything and nut it out.

“We changed the majors, changed the clutch and the throw bearing, but it’s clearly something else.”

Meanwhile, it proved to be an eventful day for team-mate Shane van Gisbergen who will now feature in the first part of Armor All Qualifying tomorrow after ending Practice 2 in 11th spot.

The Kiwi underwent a splitter change in opening practice session after a mounting issue before going on to finish third.

However, his final session was hampered by what he reported to be a vibration in the car.

“That’s tough, you lose an extra set of tyres (going through Part 1 of quaifying), but that’s been about our pace lately in qualifying spec,” said van Gisbergen.

“So (we) need to find something. We changed the car drastically for this weekend. It feels completely different, but we’re the same speed. Hopefully we can try and get a little better.

“There’s been a lot of issues. It’s a weird one, but we need to do some work and just get the simple things right.

“(We’re) trying to be too smart sometimes to make up a big gap (which) is not the way to do it. We just need to chip away and find a few things tonight.”

The Triple Eight drivers were among a field of 15 ZB Commodores running a tweaked aero package that are part of the latest round of changes aimed to achieve parity across the models.