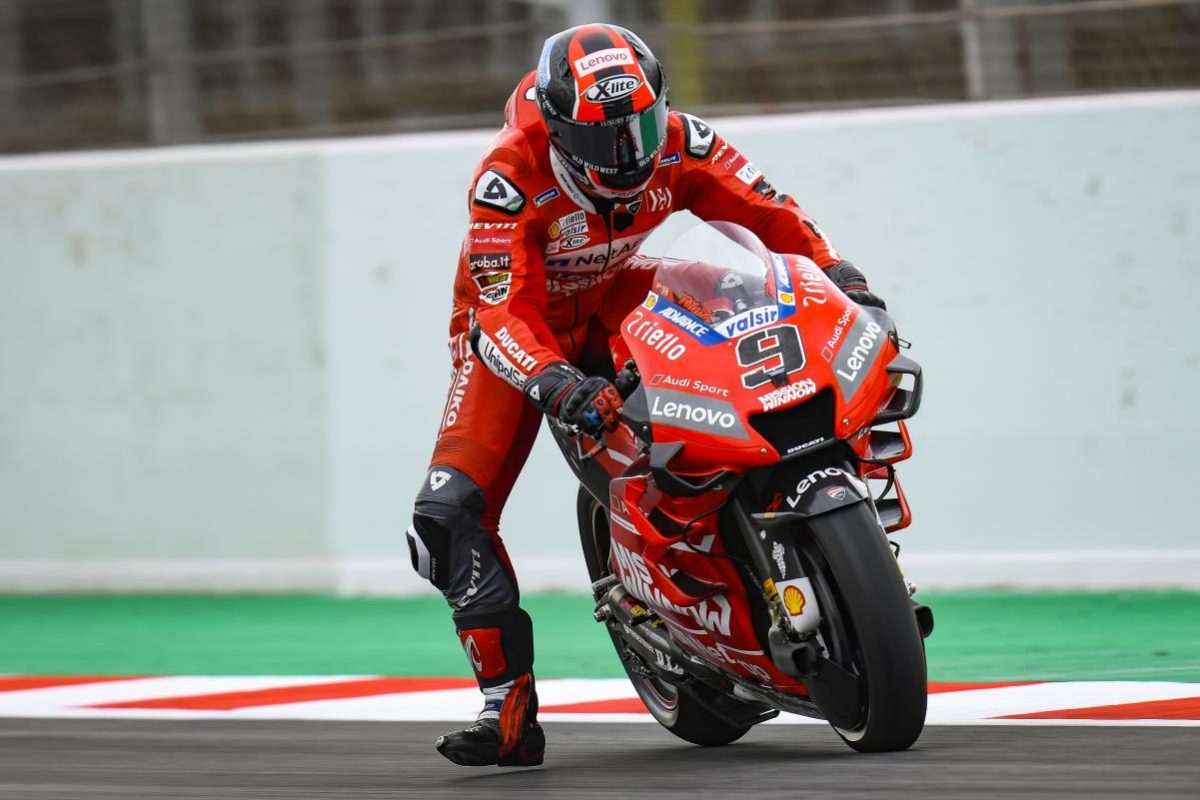 Ducati has revealed that it is set to offer Danilo Petrucci a new contract but would still like to give Jack Miller a latest-specification bike to race out of Pramac.

Petrucci and Miller had become the two contenders for the as yet only unspoken factory ride for 2020, alongside Andrea Dovizioso, in recent rounds.

Miller looked to have the edge on his former team-mate until Petrucci won last time out at Mugello, but Ducati and Pramac Racing had both stated that a decision would not be made until after this weekend’s Catalan MotoGP.

That call has now effectively been brought forward, in favour of the Italian.

“If we have the chance to stay with an official (factory) team that works so well, with Dovi (Andrea Dovizioso) and Petrucci, and with a Pramac that does too, then we will.

“In the next few days we will talk to the managers of the riders involved and Pramac to try to close it down.”

Bagnaia, however, is contracted to ride a GP20 next year, which presented an issue for Miller with respect to the availability of latest-spec Ducatis.

Pramac Racing team manager Francesco Guidotti had already stated that Miller would also have a GP20 if he was to stay, and Ciabatti seemed to back up that claim.

“A bike from last year isn’t what Jack deserves, because he’s a rider we value very much,” added Ciabatti.

“Let’s see what we can do so that next season he can continue with a bike identical to the factory ones.”

The stance would appear to satisfy Miller, who had already expressed his willingness to continue on with his current team, but only if he had a GP20 next year.

“I’m loving it here and happy to stay… but it’s going to have to be with the right package around me,” he explained in the lead-up to track activity in Barcelona.

On the question of whether he would be willing to go around again on a GP19 in 2020, however, he responded, “No. I wouldn’t agree to that.

“I feel I’ve done my apprenticeship and I need to be on the factory bike in order to fight with these guys.

“I’ve been on satellite bikes, I’ve been on older bikes and it’s not easy, especially at the level MotoGP is at now and how much each bike is developing each year. If you are on a year behind you are starting off with the foot behind already.

“For sure, (the GP20) is a financial matter and everything, but Danilo got his first podium in Le Mans and I’d got mine in Texas on the exact same bike, so I feel I’ve proven myself enough already to keep – whether it will be a factory bike at a satellite team – but I deserve an up-to-date factory Ducati.”

Petrucci was eighth fastest and Miller 17th in Friday practice in Barcelona as SRT’s Fabio Quartararo topped the timesheet.