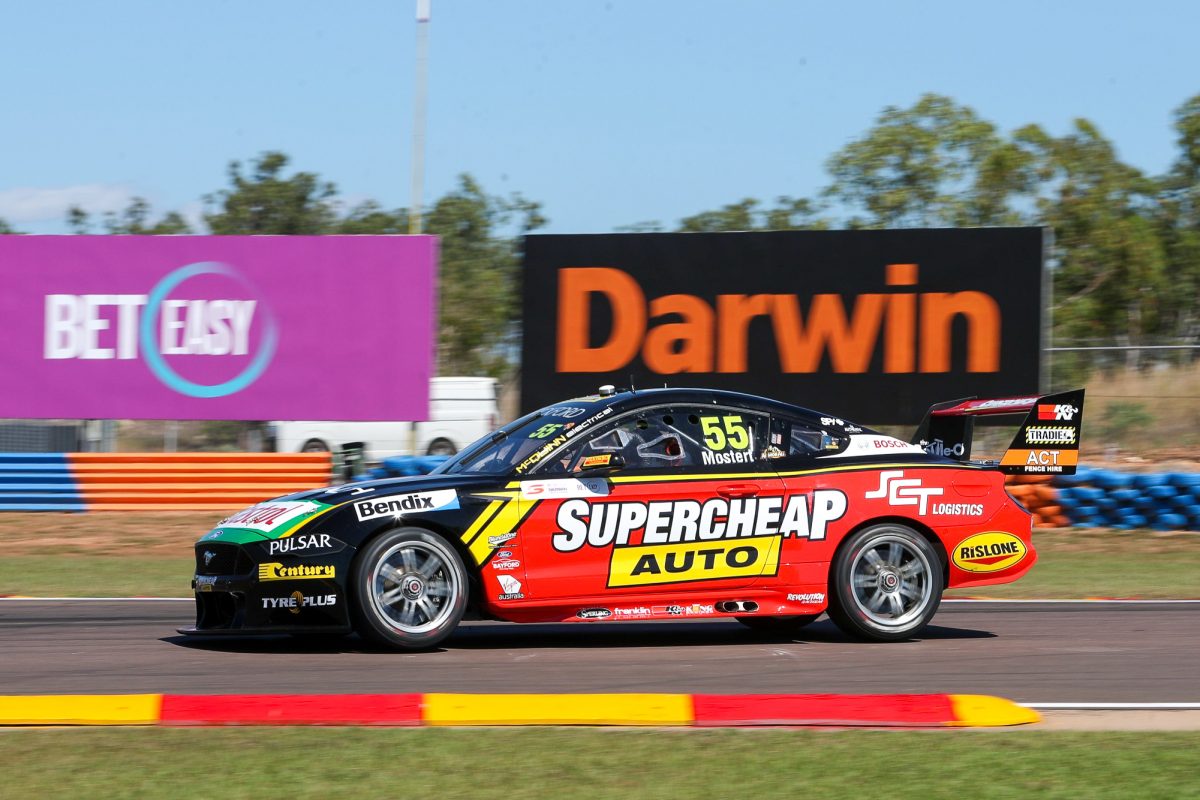 Mostert clocked a 1:06.7219s in the #55 Supercheap Auto Mustang just before pitting at the end of the 30-minute session, which put him 0.0640s ahead of Reynolds in the #9 Penrite ZB Commodore.

Shane van Gisbergen appeared to struggle before elevating himself to third at 0.0944s off the pace, while Scott McLaughlin ended up 11th having sat out nearly the last four minutes.

Reynolds spent the majority of the half-hour on top having usurped Jamie Whincup with his second flying lap, before improving to a 1:06.7859s on his second run.

He didn’t go better in his third and final run, while Mostert came from outside the top 10 to take over first position, although the Tickford Racing driver was still not happy with their performance having had to use a second set of tyres to set his fastest lap.

“Yeah, we did (use a second set of tyres),” Mostert confirmed.

“It’s kind of hard. These practices are hard to read into to where you exactly are.

“We’ve got some work to do with the car. So, we’ll just read on the balance. We’re struggling a little bit out there, but overall it wasn’t a bad hit-out first.

“I think the same guys will be the guys to beat. Reynolds is always super quick around here, so yeah, we got a bit of work to do.”

Van Gisbergen’s #97 Red Bull HRT ZB Commodore required a new front bar during the session due to a reported mounting issue, and he also had an off at the end of the main straight.

Next on the timesheet were Scott Pye (#2 Mobil 1 Mega ZB Commodore) and Simona De Silvestro (#78 Harvey Norman Altima), who were second and third respectively just before Mostert went to the head of the order.

McLaughlin also ran long at Turn 1 in his #17 Shell V-Power Mustang, with van Gisbergen already in the outfield, and finished the session 0.3543s off the pace.

In the other DJR Team Penske entry, Fabian Coulthard noted a small throttle sticking issue in the #12 Mustang as he ended up 16th.

Whincup was 12th in the #88 Triple Eight ZB Commodore in a session which included an off for him at Turn 5.