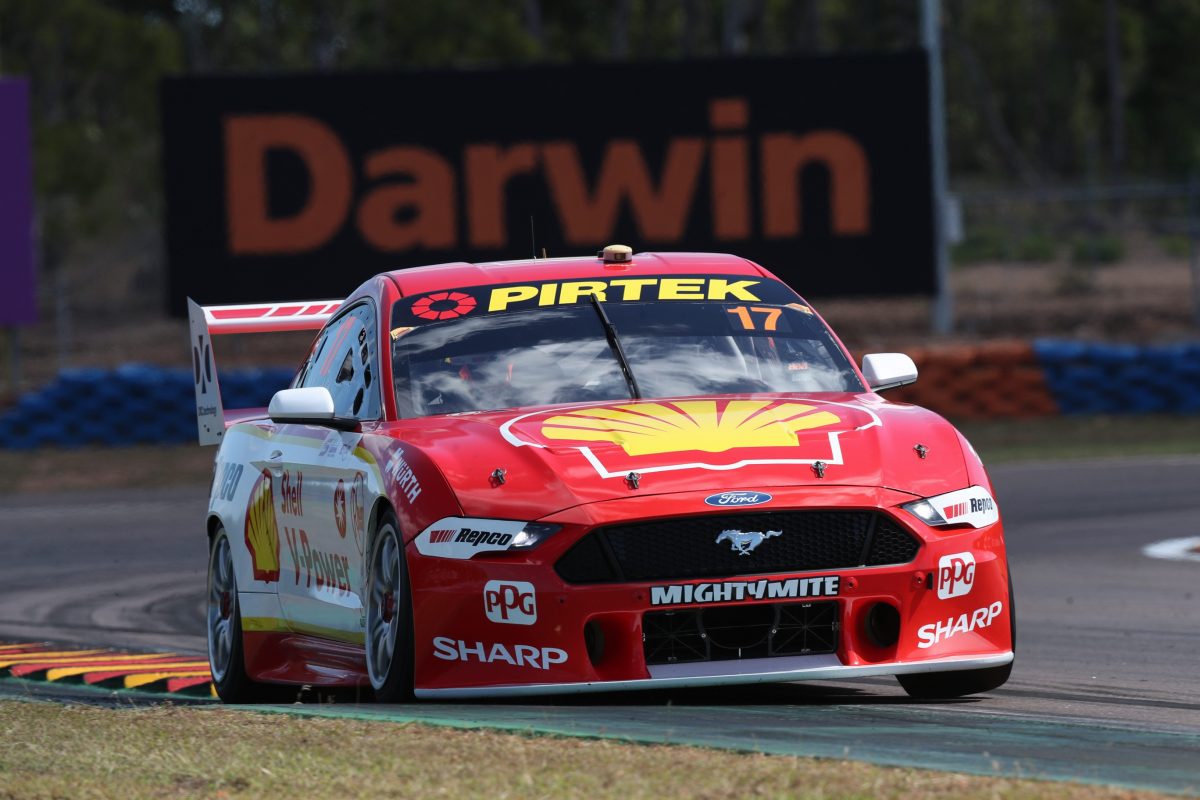 McLaughlin and Coulthard were separated by 0.1414s once the latter leapt from outside the top 20 in the final minute of the half-hour session at Hidden Valley Raceway, while Jamie Whincup was first of the Holden runners in third at another 0.0446s back.

Fellow Red Bull Holden Racing Team driver van Gisbergen, however, was edged out of the top 10 at the end and now has to go into Part 1 of tomorrow’s Armor All Qualifying session.

Coulthard was 21st as he set a 1:06.2214s in the 30th minute in the #12 Mustang, shuffling Whincup back to third after the #88 ZB Commodore briefly sat first during the new tyre runs.

“There’s so much more pressure than practice,” said McLaughlin.

“It’s tough, and you got to really be focused for the lap. It’s always nice to get one in. Fabs is up there too, which is great for the team.”

David Reynolds, who was fastest prior to McLaughlin, was ultimately fifth fastest in the #9 Penrite ZB Commodore, two positions ahead of team-mate Anton De Pasquale (#99 ZB Commodore).

Waters’ move from 15th to ninth with the chequered flag out was the lap which knocked van Gisbergen out of the top 10, with the Kiwi already back in pit lane.

Van Gisbergen had earlier complained of a vibration in the #97 ZB Commodore, and also had a spring and/or damper change during the session.

Andre Heimgartner was the best of the Nissans with a 1:06.8500s putting him 16th in the order in the #7 Plus Fitness Altima.