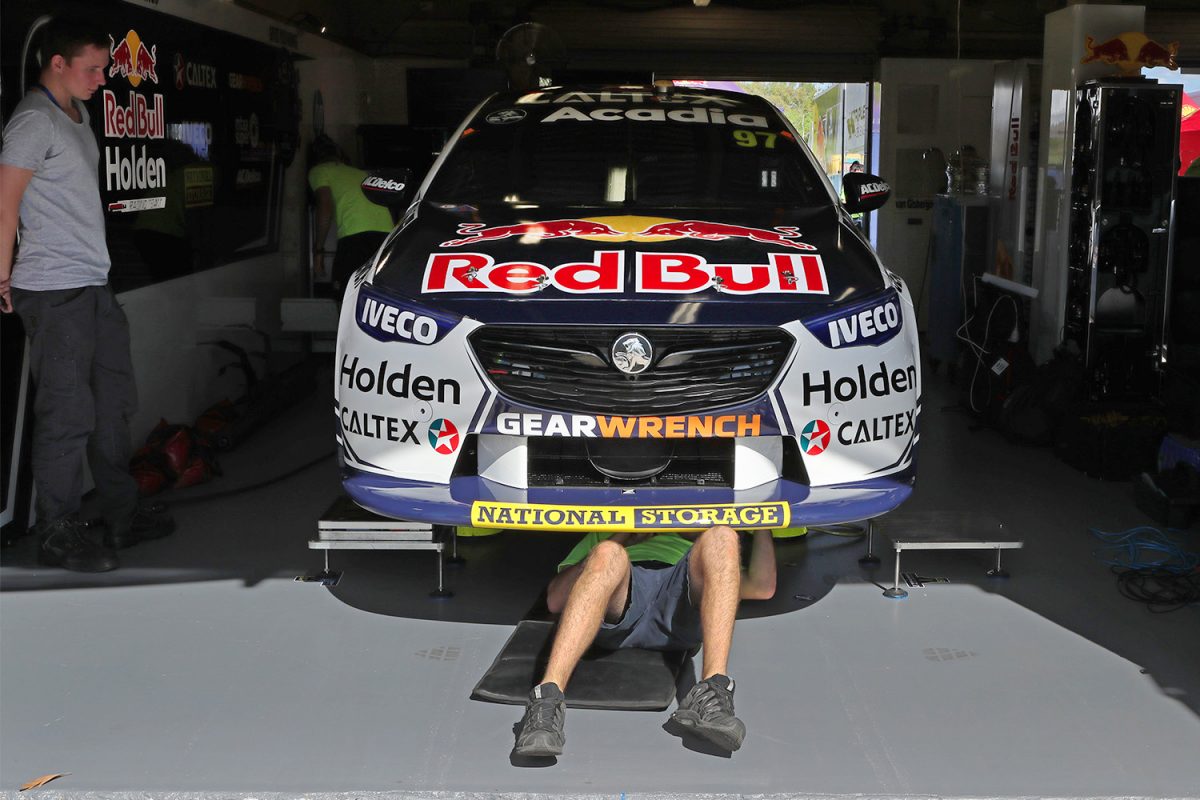 Details of the aerodynamic changes to the Holden Commodore at this weekend’s BetEasy Darwin Triple Crown have been revealed as Supercars’ search to achieve parity continues.

As revealed by Speedcafe.com, all 15 ZB Commodores have undergone minor changes to the undertray and rear wing in a move designed to improve parity across the Holden, Ford and Nissan models.

A small modification has been made to the undertray which is aimed to improve front downforce while the rear wing angle has been reduced by a degree to allow for the change.

The changes were ratified by teams and the category at latest Supercars Commission meeting last week although there has been no official communication from Supercars.

This is the third round of parity adjustments made this season.

In April centre of gravity changes were made to the Holden and Ford, followed by a significant aero change on the Mustang, prior to the Pirtek Perth SuperNight last month.

“There’s a small change to the extension on the back of the front splitter, to make it uniform with the other two cars in terms of its relationship with the ground,” said Dane.

“It’s a very small tweak, it’s quite difficult to see whether it’s measurable, but it’s basically bringing all the cars into line in terms of that angle.

“They’ve got different size splitter extensions, which hasn’t changed; it’s just a subtlety of an angle on there which has been made uniform across the three cars.

“Well the only other change is, (in conjunction) with that, the rear wing has had a reduction of one degree from 19.5 to 18.5.

“It comes down to the technical department of Supercars to make the decision, they decided that it was the right thing to do.”

Tickford Racing boss Tim Edwards, who sits on the commission, confirmed that the Ford teams agreed to the change after looking at the data presented to enact the change.

“I sit on the Commission and (Shell V-Power Racing Team boss) Ryan Story is also there and we are involved in the decision making process, and with the evidence put in front of us we agreed to the change,” said Edwards in the press conference.

The effect of the aero changes are yet to be understood according to Walkinshaw Andretti United co-owner Ryan Walkinshaw.

“It remains to be seen (the effects of the changes),” said Walkinshaw, who was also present in the press conference.

“We will see how it goes out on track. These guys (Triple Eight) have done the work to make sure that it is something that the Ford and Holden teams feel is a fair change in order to get the best parity possible across the three cars.

“We will work with what we are given.”

The changes were run for the first time in this morning’s opening practice which was topped by Tickford Racing’s Chaz Mostert.