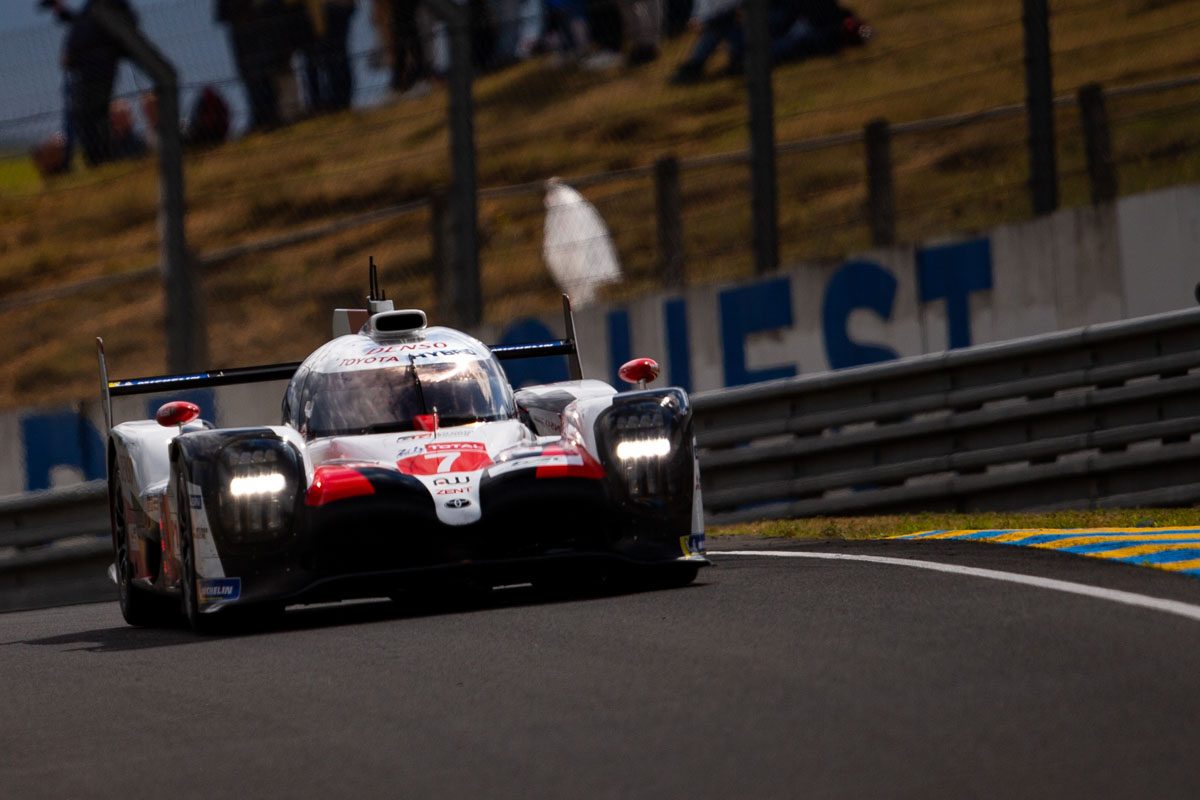 Toyota has set the pace in the opening qualifying session for this weekend’s 24 Hours of Le Mans despite a bizarre shunt at the Ford Chicane.

Kobayashi set the car’s fastest time to put it on provisional pole, but it was Conway at the wheel when the car was involved in an unusual collision.

Ending a lap, Conway was working his way through the Ford Chicane when the #31 DragonSpeed LMP2 entry was recovering from a spin.

Driving the wrong way through the chicane, the two cars made head on contact, lifting Conway into the air and damaging the left front of the car.

The DragonSpeed entry is driven by Roberto Gonzalez, and former F1 drivers Pastor Maldonado and Anthony Davidson, and proved the fastest of the LMP2 runners.

Third fastest for the session was the Rebellion R13 of Thomas Laurent, Nathanael Berthon, and Gustavo Menzes, one spot ahead of the Fernando Alonso-driven Toyota entry.

A late lap from Alonso left the entry fourth fastest for the session, 2.4s off the pace of the sister car.

However their margin over the second placed Porsche of Earl Bamber, Nick Tandy, and Patrick Pilet was only 0.03s.

The sister car of Olivier Pla left the road in the Porsche Curve, which saw the #66 Ford GT make contact with the tyre bundle.

It ended the session in 50th and the slowest of the LMGTE Pro class runners.

Leading the LMGTE Am class was Satoshi Hoshino, Giogio Roda, and Matteo Cairoli in a Porsche 911 RSR in 41st outright.

The build-up for the 24 Hour of Le Mans continues with Qualifying 2, scheduled to commence at 0300 AEST tomorrow.

Next Story Toyota confirms Hartley as direct replacement for Alonso