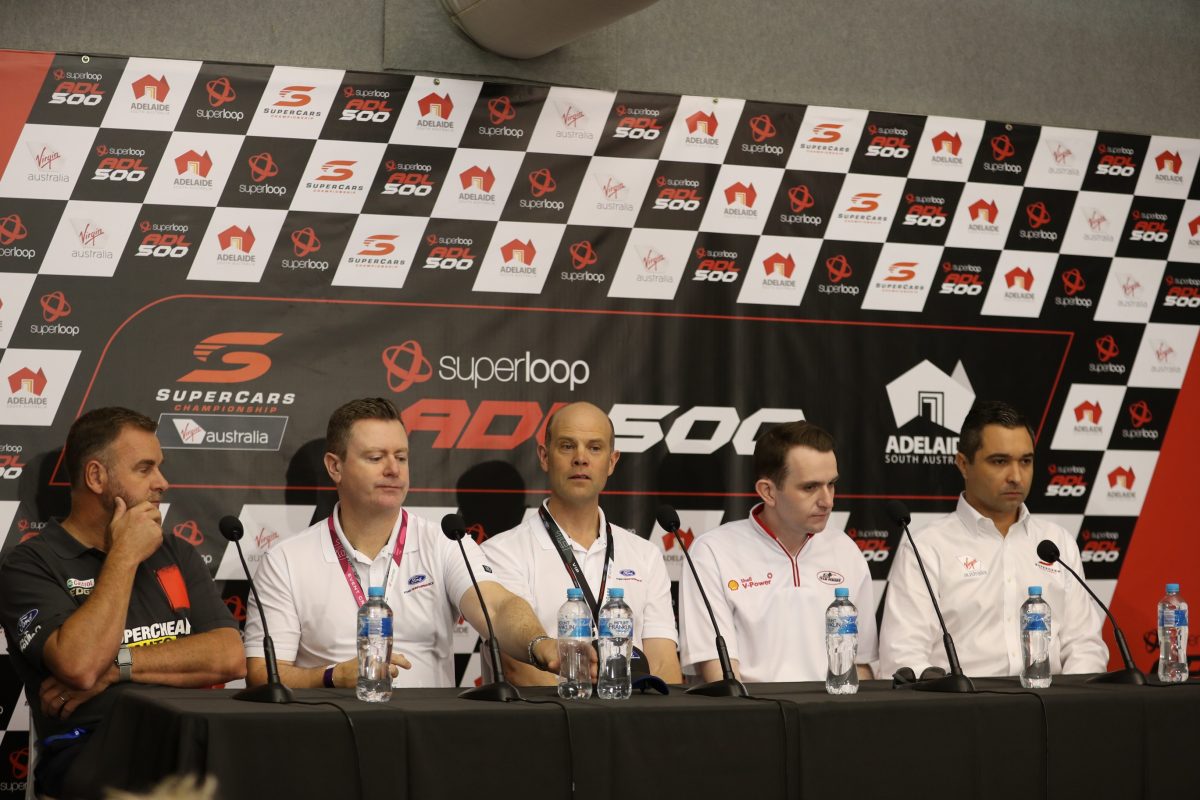 The Virgin Australia Supercars Championship has announced that it will hold its first team principals press conference tomorrow at the BetEasy Darwin Triple Crown.

As previously reported by Speedcafe.com, Supercars had been planning the Formula 1-style press conferences, which it hopes to run on a regular basis.

The Hidden Valley press conference is set to be “the first in a series to be held at select Supercars events across 2019,” according to Supercars’ announcement.

Supercars’ move to follow the practice comes after it has experimented with including topical drivers from outside the top three in the Friday afternoon press conferences.

Furthermore, Shell V-Power Racing Team managing director Ryan Story stood in for an ill Scott McLaughlin in the post-race press conference after the Kiwi won Race 7 of the season at Symmons Plains, which gave media an opportunity to ask less driver-oriented questions arising from the day’s on-track action.

The Hidden Valley press conference will be held from 1200 local time/1230 AEST.