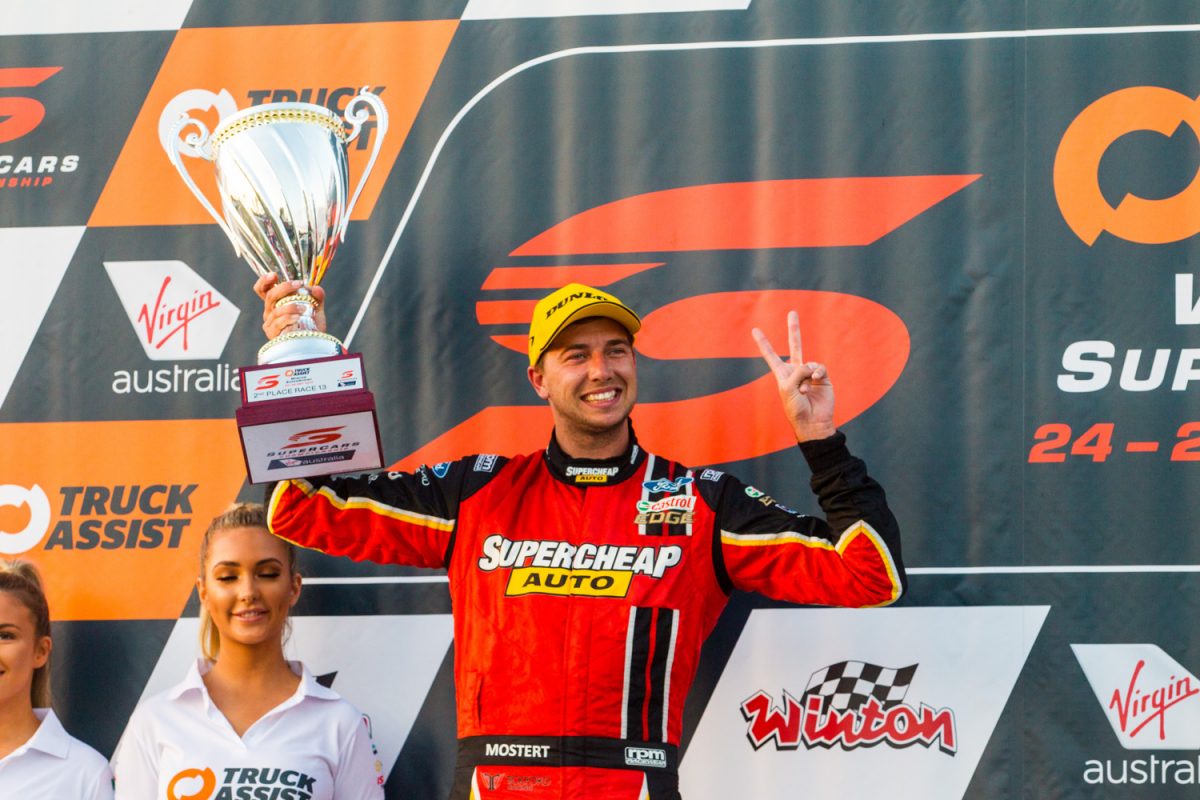 Chaz Mostert has admitted to being ‘in a pickle’ regarding his 2020 options that include staying in Supercars and the prospect of racing overseas.

The off-contract Tickford Racing driver is a key part of the Supercars silly season which is beginning to ramp up.

Mostert has long been linked with a move to Shell V-Power Racing as a replacement for Fabian Coulthard, who is also understood to be out of contract.

The 27-year-old was spotted at the squad’s workshop which managing director Ryan Story claimed was not about future drives with the outfit.

The 2014 Supercheap Auto Bathurst 1000 winner is not only hot property in the Supercars paddock but has attracted attention from overseas.

BMW confirmed its interest in signing Mostert earlier this year following several outings for the German marque in GT racing.

Mostert remained coy about his plans for 2020 when asked if he’d spoken to other Supercars teams on Fox Sports’ Supercars Trackside before revealing that he is torn regarding his options for the future.

“There definitely is that international thing. I’ve been lucky enough to race GT Le Mans and a bit of GT3 around the world now.

“You go to some awesome tracks like Laguna Seca, where I got to go this year.

“That was just unbelievable, I’d only ever played it on video games. Same with the Daytona 24 Hour.

“To go and tick those awesome tracks off and race these GT3 cars is something that appeals to me.

“I have a lot of unfinished business here in Supercars as well.

“I’m in a bit of a pickle with that at the moment, I’ve got to work out what I want to do, probably the next couple of months.”

However, Mostert believes his plans will become a lot clearer within the next two months.

“I’m still trying to work it all out you don’t know what everyone is doing. I think in the next month or two everyone will know what they are doing.”

Now into his sixth full-time season in Supercars, Mostert remains focused on securing a so far elusive championship crown and is desperate for the machinery to fulfil the goal.

Having been associated with Tickford since 2011 when he joined the squad while in Super2, loyalty is important to Mostert, who is prepared to give the team time to prove it can challenge for titles in the future.

“Loyalty is a big thing in this game,” he added.

“Tickford gave me my start, obviously leased me out to DJR for a year in 2013 to give me some experience to step up into their car.

“I’ve got to give them the best opportunity to put their foot right.

“They have shown in the past they’ve won championships, Bathurst, races.

“I want to win a championship, that’s where it is at the end of the day.

“At the moment we’ve got to do a bit more at Tickford to do that, but I’ve got to give them their best opportunity to give me the car and the crew to do the job.

“I’ve got to do the best job for them, be more consistent, not make silly mistakes (like on the) first lap at Winton, stuff like that.”