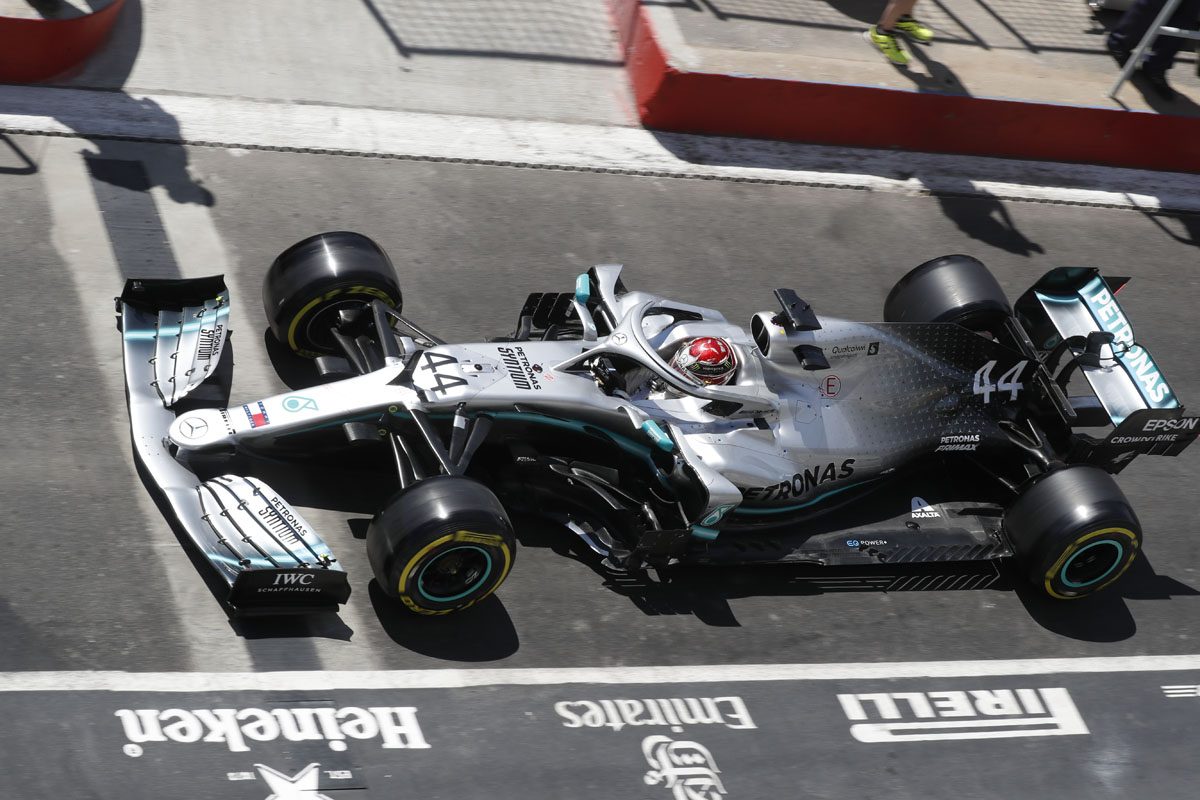 Mercedes has confessed that a problem with the throttle actuator in Lewis Hamilton’s car triggered frantic work from his team in the moments before the Canadian Grand Prix.

Working feverishly on his car to identify and solve the issue, there was precious little time left to get Hamilton on track to make the race start.

The five-time world champion subsequently went on to win the race in controversial circumstances.

However, Mercedes’ trackside engineering director Andrew Shovlin revealed there were some nervous moments in the lead-up to the race, and the genuine prospect that Hamilton wouldn’t make it at all.

“We had some issues with Lewis’s car before the race and this actually became apparent after qualifying,” Shvolin explained in a video produced by Mercedes.

“We could also see on the data we were losing some hydraulic pressure.

“The issue is that the cars are then in parc ferme overnight, we are not allowed to touch them or to investigate it further.

“So, that investigation moved to Sunday morning, when we are allowed to access the cars again, the mechanics can work on them.”

The team was able to quickly identify the fault, which it traced back to a faulty throttle actuator.

But while it had located the problem, resolving it was not the work of a moment, and meant the team had no time to deal with any other issues it may have found.

“So, that work was quite a big job though, there’s a lot to do within that, and it was pretty tight to get Lewis’s car back together for the start of the race.

“Now, we are fairly happy we can do the work in that time.

“The issue when you have an unknown fault or a leak is you don’t know how long it is going to take you to find it, to identify it. We were able to get the car back together.

“Where we were at risk was if we then fired up and we found another problem, if the engine had to come out again, that’s when we would’ve got short on time and perhaps not even been able to start the race.

“But, it was a great job by all the mechanics involved and quite happily the car was back together in time and finished the race successfully.”

Hamilton ran second to Sebastian Vettel throughout the Canadian Grand Prix, pressuring the German into a mistake on Lap 48.

It proved the defining moment of the race, with Vettel slapped with a five-second penalty which allowed Hamilton to simply trail his rival to the flag and collect victory.

Mercedes has won all seven races to start 2019, and nine in a row counting back to the end of 2018, while Canada marked the first time it’s not had both cars on the podium since last year’s Abu Dhabi Grand Prix.

Next Story Ferrari withdraws Canada appeal but could ask for review