Home » News » Supercars » Rogers: GRM has to ‘pull its finger out’ after ’embarrassing’ start

Rogers: GRM has to ‘pull its finger out’ after ’embarrassing’ start 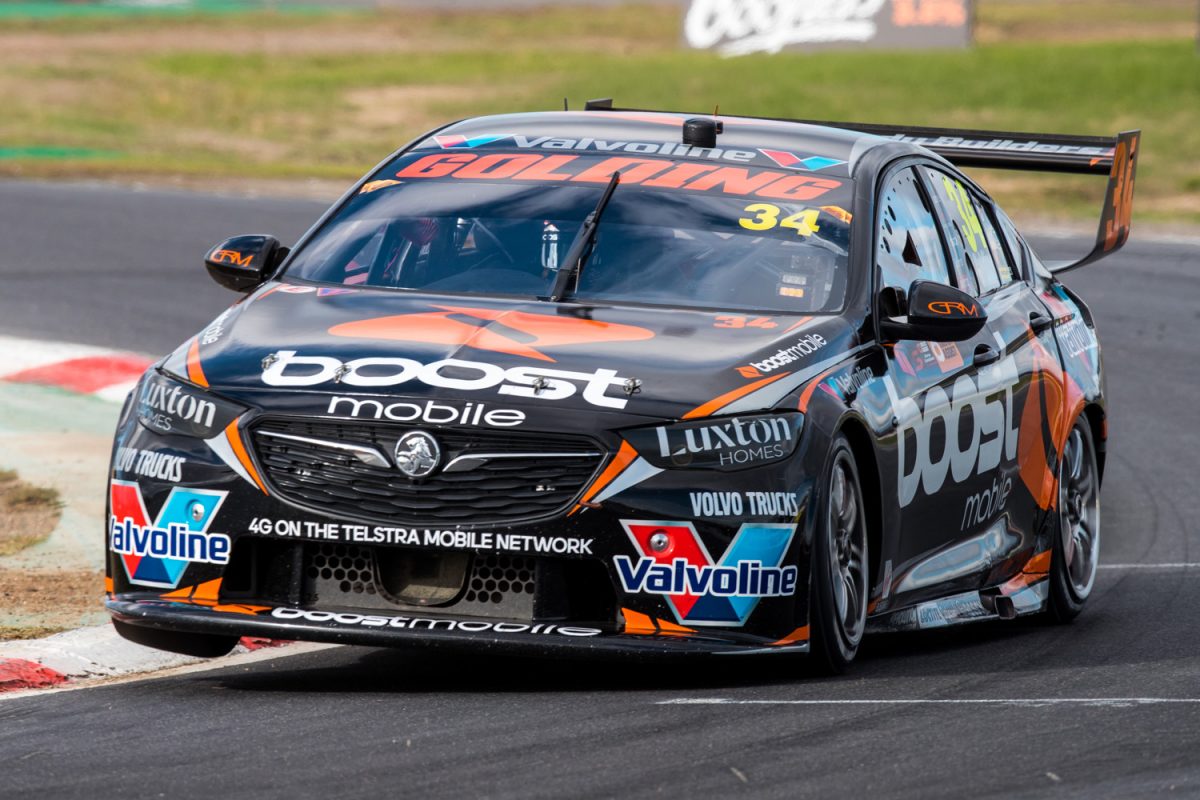 Garry Rogers Motorsport says it has to ‘pull its finger out and start getting results’ having been ‘embarrassed’ by its Supercars campaign to date.

The Melbourne squad heads to this weekend’s BetEasy Darwin Triple Crown having endured a difficult first half of the season, with its two-car team yet to post a top 10 result in the 14 races held so far in 2019.

Its best team performance arrived in Race 9 when James Golding finished 13th and Richie Stanaway, who will miss the visit to Hidden Valley due to an ongoing neck injury, took 14th.

However, the season has largely been dogged by a lack of consistency and speed compared to when it racked six top 10s including a podium to this point last season courtesy of former driver Garth Tander.

Team director Barry Rogers admits there is pressure on the Boost Mobile Racing team to perform given that the results have embarrassed owner Garry Rogers.

“We got to pull our finger out and start getting some results,” Barry Rogers told Speedcafe.com.

“You hate harping, it is a super competitive (bit of) motor racing.

“There is (pressure in the team).

“I’ll be honest with you, Garry has been doing it a long time, and he feels embarrassed the way we’re going about it.

“He’s a proud person and feels like he’s letting people down around the place.

“We just got to all work in the same direction, try and keep the morale good within the team.

“We’ve also got to be accountable too. There’s no point running around like everything is fine and dandy when it’s not, but you also don’t need to go around bashing everyone with a cane.

“We’ve got to keep the morale up, and we’re trying to do that.

“People need to know it’s a results driven business, and (if) the results don’t come, pressure will come from above, and when the pressure comes from above, things happen.

“We feel as though we’re making some ground, but it hasn’t shown on the scoreboard yet. Let’s hope Darwin is the event where it does.”

The squad tested prior to the last round at Winton in search of gains for the remainder of the season.

Its day was, however, hampered with Stanaway forced to abandon the test early due to a neck injury.

The Darwin Triple Crown is scheduled to begin on Friday with opening practice due for 1110 ACST/1140 AEST, when Chris Pither will again take Stanaway’s place in Car #33.