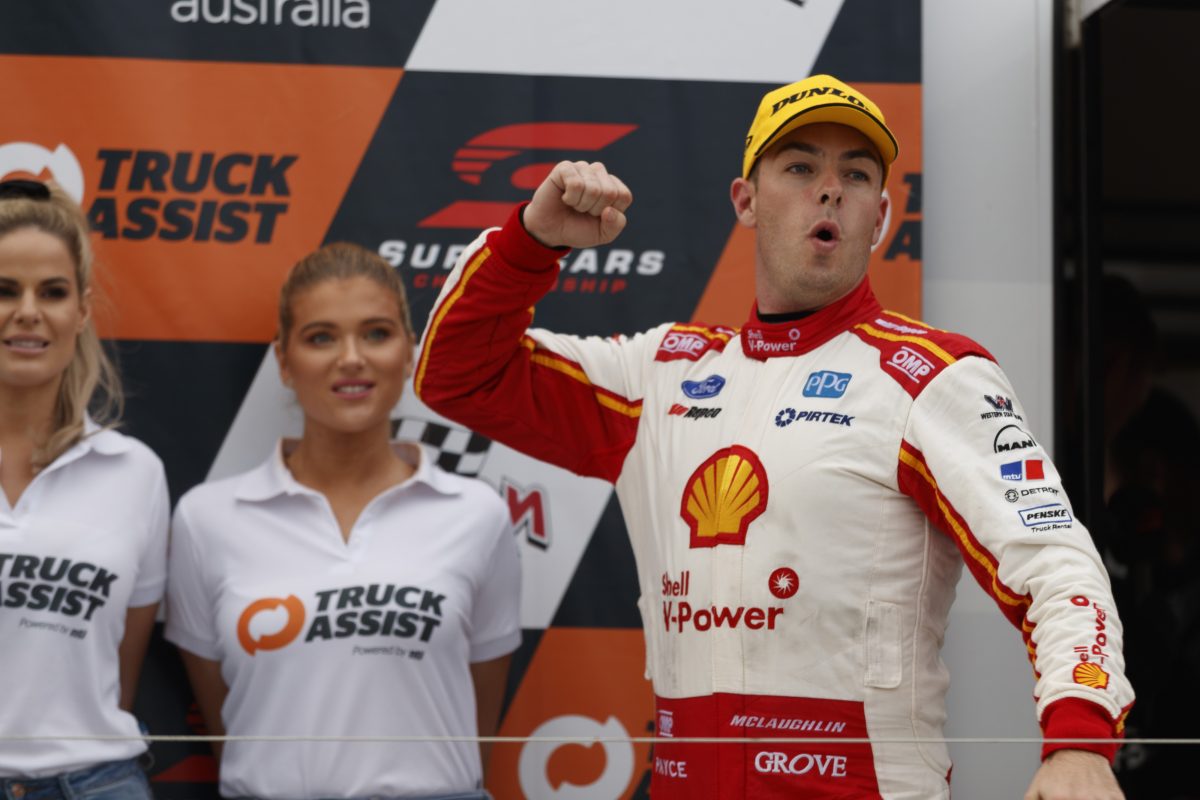 Scott McLaughlin’s impressive run of form this season will be remembered as the beginning of special era of dominance in Supercars history, according to Craig Lowndes.

The Shell V-Power Racing driver has been described as being in ‘a league of his own’ this season having won 10 of the 14 races, while also claiming nine Armor All Pole Positions.

Such has been his dominance, the 26-year-old has a 244-point lead over his nearest rival, team-mate Fabian Coulthard, leaving him 56 points away from having a round’s worth of points advantage.

McLaughlin’s success has been likened to that of seven-time champion Jamie Whincup and five-time series winner Mark Skaife at the height of their powers.

During Whincup’s dominant years in the last decade, the Triple Eight driver has never claimed 10 victories after 14 races.

Meanwhile, Skaife holds the most dominant season record in the Supercars era when he won 15 of 29 races in 2002 to claim the title with three rounds to spare.

Lowndes believes McLaughlin’s success is the result of being in the form of his life.

“There’s no doubt, Scotty is in the prime of his life, he’s in a great team, with great support,” Lowndes told Speedcafe.com.

“He’s got the car around him, he’s got everything that he needs as a driver.

“He’s naturally stronger after the last couple of years.

“We’ve seen it in the past with Mark Skaife and Jamie Whincup, so I think that this is the beginning of a Scotty McLaughlin era.

“There’s no doubt that every decade, you have the teams and drivers that excel, and this is his moment.

“He’s had an exceptional year. He’s won the Armor Pole Award for the last two years, so I’m not surprised that he’s excelling in that side of it.

“But the way that he’s adapted those pole positions to race wins is what a driver needs to do, and he’s delivering.

“I think that the rest of the category are working really hard to try and close that gap down.”

However, Lowndes admits to being surprised by the size of McLaughlin’s advantage over the field at times this season despite facing centre of gravity and aero changes to his Ford Mustang.

Last time out at Winton, the Kiwi scored his ninth pole with an impressive 0.5s margin over nearest rival Coulthard.

“I’m surprised at the gap that he manages to put on the rest of the field, knowing the quality of the field,” Lowndes said.

“That for me has been an outstanding quality of his all year.

“Even with the aero changes, and the trimming of the Mustang, he’s been able to continue on his winning ways.

“It’s great to be able to commentate about how well he’s going this year.”

Given his dominance, McLaughlin heads to Darwin this weekend facing a realistic shot at making history by becoming the first driver to complete the Triple Crown.

The Triple Crown is awarded for securing both race wins and the Armor All Pole Position in the shootout on Sunday.

Lowndes says such a feat would be an amazing achievement.

“To see finally someone clinch that would be amazing. It’s eluded everyone up until now, and it’s been one of those trophies that everyone’s worked extremely hard from year in, year out, and everyone that’s gone in there as favourites has failed to deliver.”

The Darwin Triple Crown will begin on Friday with opening practice due to start at 1110 ACST/1140 AEST.