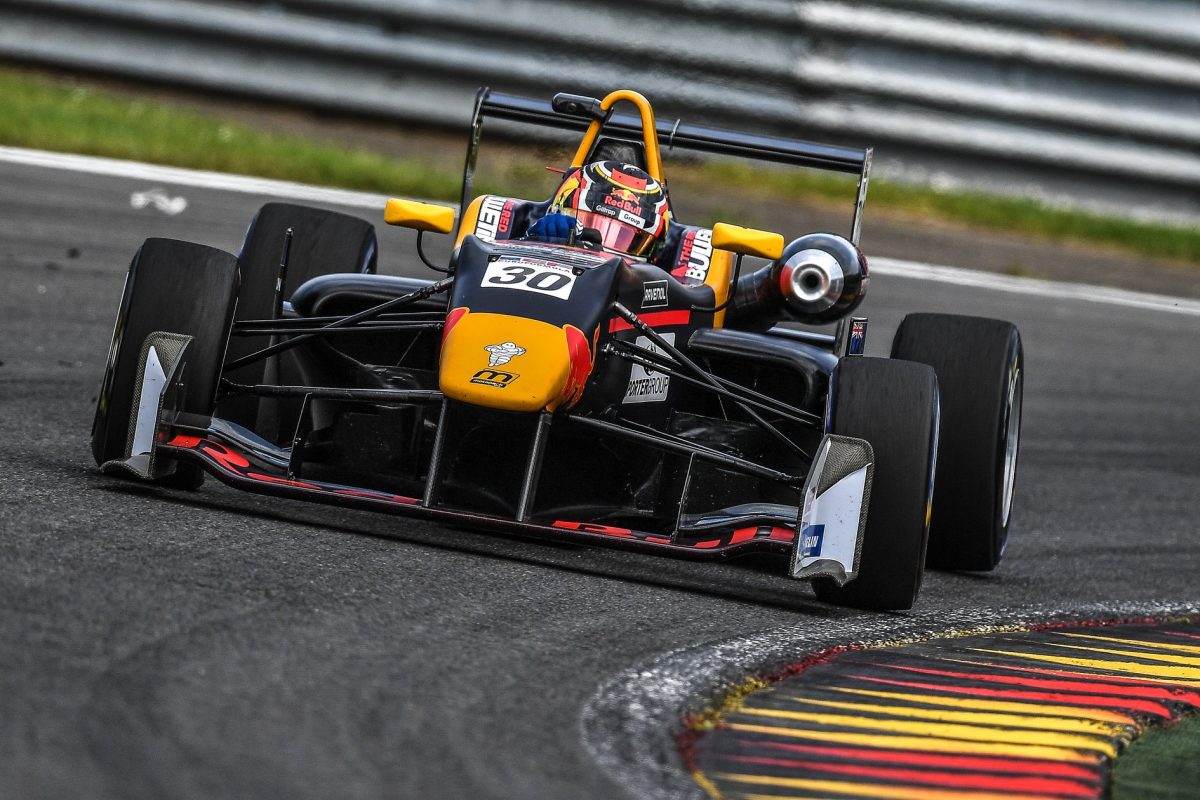 Liam Lawson crashed out of the second race of the Spa-Francorchamps round when he made a bold attempt to re-pass team-mate Yuki Tsunoda for the lead.

The New Zealander lost control when he went to the outside at Les Combes and put both of those Team Motopark entries into the fence.

Lawson had finished Race 1 in third, a position he held from Lap 1 until the finish despite starting from eighth.

Jack Doohan was fourth in both races in his Double R entry, while compatriot Calan Williams recorded results of 12th and ninth.

Marino Sato won both races to extend his series lead over Lawson. 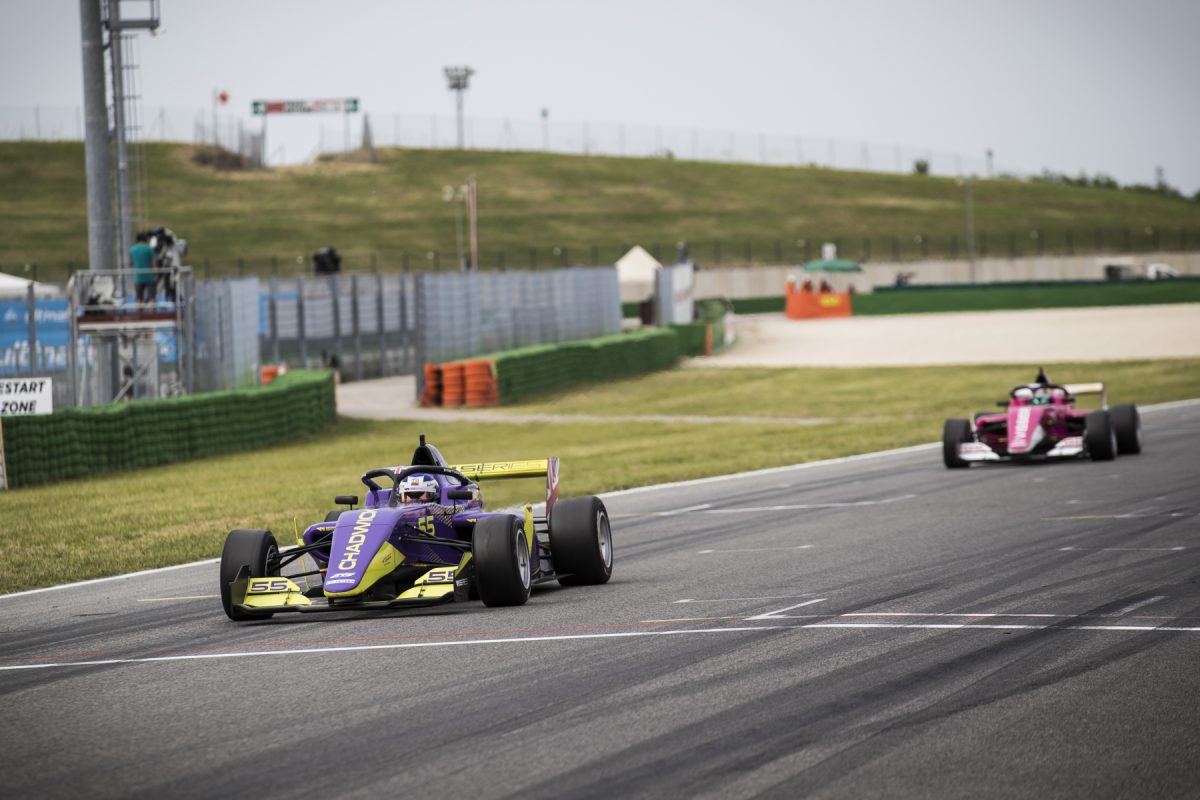 Jamie Chadwick has extended her W Series points lead by edging key rival Beitske Visser to victory in Round 3 at Misano.

Fabienne Wohlwend qualified on pole but the Liechtensteiner was slow away and was passed by both Chadwick and Visser.

Alice Powell also tried to take advantage into the first corner but she and Wohlwend touched, launching the Brit’s car into the air and ultimately the gravel trap.

Chadwick held the lead after the resulting Safety Car period and, despite strong pressure from Visser, would take a second win of the campaign by 0.59s.

Wohlwend’s car survived the early hit as she came home third, as Australian Caitlin Wood took 14th from the back of the 19-car field after a mechanical issue during qualifying.

Chadwick’s advantage over Visser is 13 points with the second half of the season to commence at the Norisring on July 5-6. 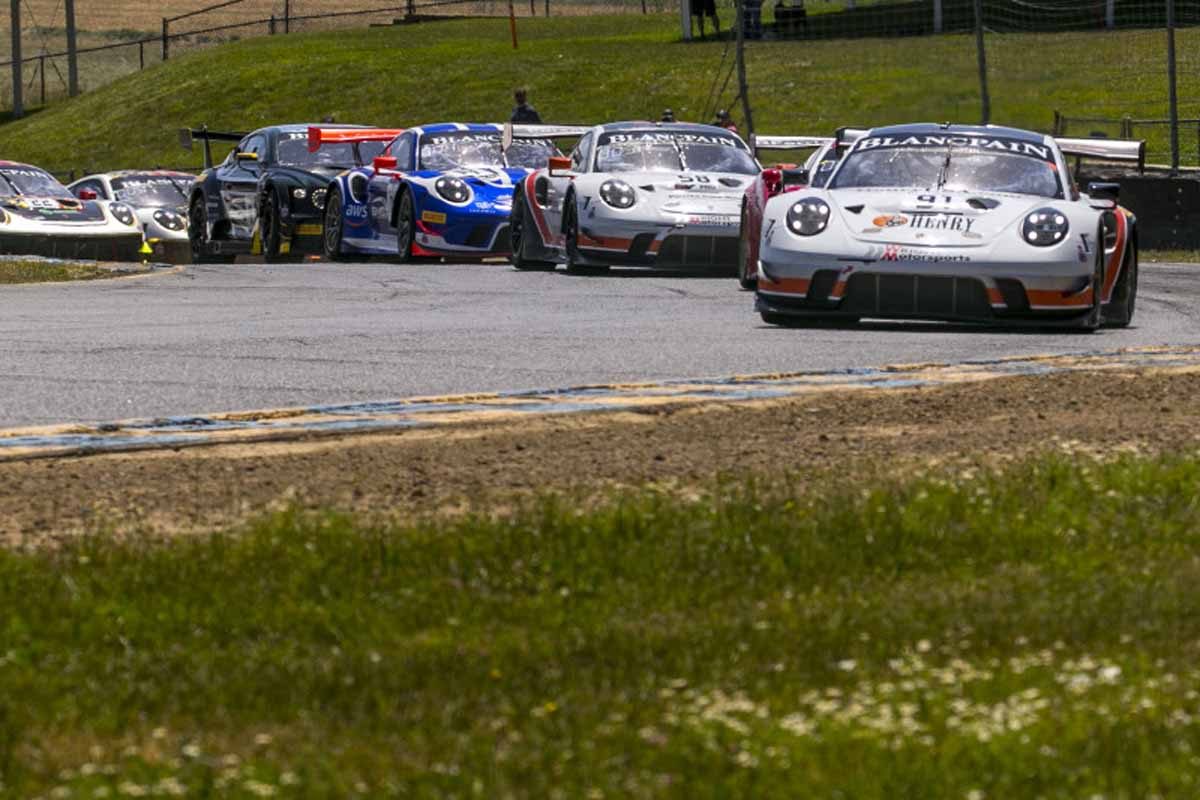 Miguel Molina and Toni Vilander dominated the opening race of the weekend in their Ferrari 488 GT3, leading throughout the 90-minute contest.

Second went to the K-PAX Bentley of Rodrigo Baptista and Maxime Soulet, with Alvaro Parente third with co-driver Andy Soucek in the sister car.

In Sunday’s race it was the turn of Scott Hargrove and Patrick Long to claim victory in their Porsche.

Matt Campbell had started from pole and led in the early stages, extending a four-second advantage until he pitted.

Anthony Imperato took over Campbell’s car and continued to lead, finally relenting to pressure from Hargrave in the team’s sister car.

The Campbell/Imperato then fell down the order to finally come home eighth, a position lower than they had finished the Saturday race.

Second went to Molina/Vilander in the Ferrari and third to the Soucek/Baptista combination.

The next round of the Blancpain GT World Challenge America heads to Watkins Glen on August 30-September 1. 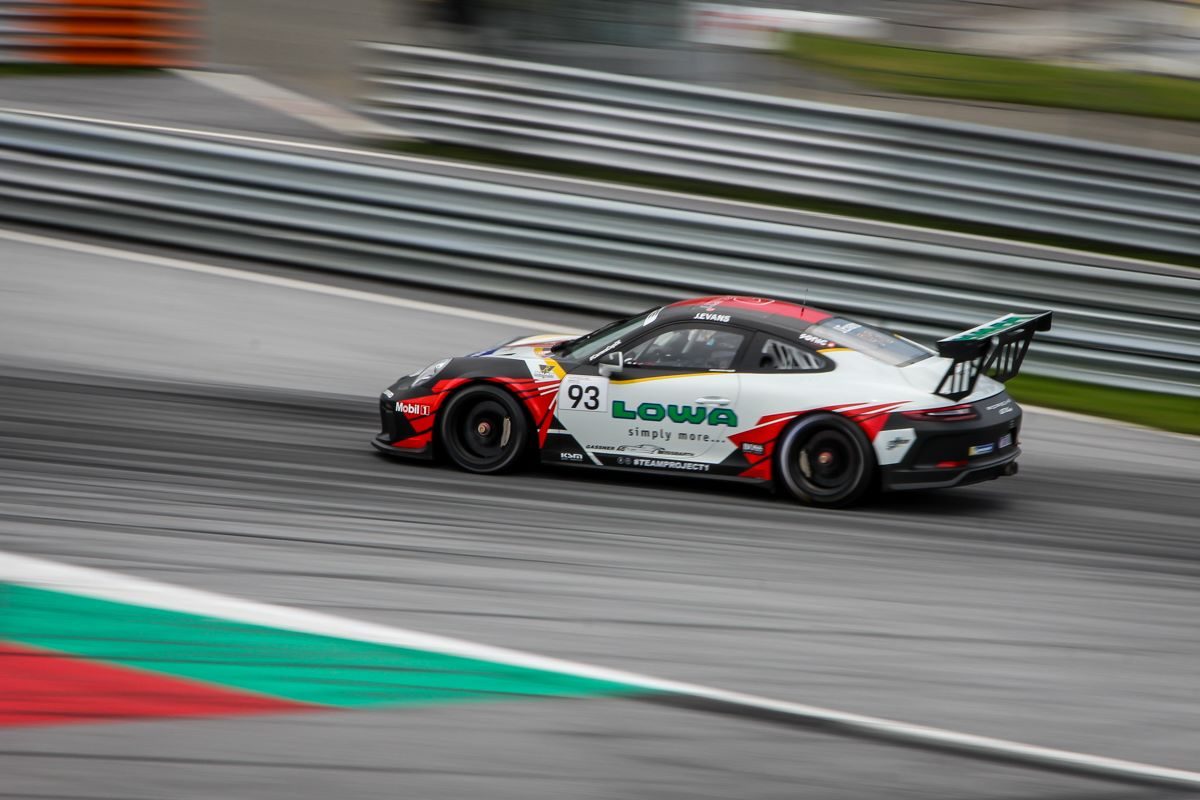 Jaxon Evans had a challenging weekend in German Carrera Cup at the Red Bull Ring, finishing Race 5 of the season in 11th but failing to make the chequered flag in Race 6.

The New Zealander qualified 15th for the weekend opener but made his way to 12th by the finish, which became 11th when penalties were issued, despite reporting bent steering from contact at the start.

He had risen to 10th before a red flag and a restart in original grid order.

Evans took the start of Race 6 in 11th but was a retirement after picking up a puncture due to further run-ins with his competitors.

Larry ten Voorde and Julien Andlauer split the victories, and the former holds the championship lead with Races 7 and 8 at the Norisring on July 5-7. 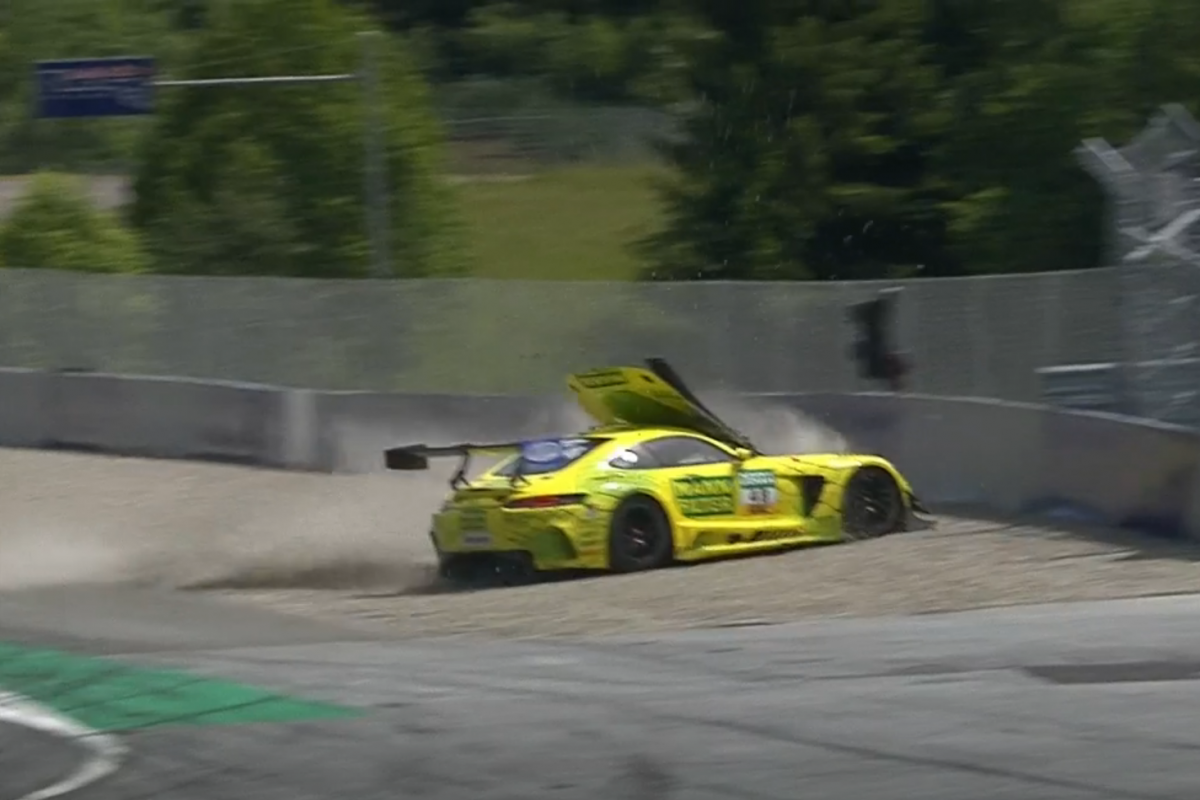 Australian Aidan Read and co-driver Marvin Dienst have finished 18th and 14th in the two races which comprised Round 3 of ADAC GT Masters at the Red Bull Ring.

Dienst qualified the Schütz Motorsport Mercedes-AMG GT3 in eighth for Race 1 before Read brought the car home in the 40-lap affair, which went to Jens Klingmann/Nicolai Sylvest (BMW M6 GT3) by a margin of less than three tenths of a second.

Read and Dienst went the other way in Race 2 after the former qualified 28th, as victory went to Marvin Kirchhöfer/Markus Pommer in a Corvette C7 GT3.

Fabian Vettel, younger brother of Sebastian, spun into the wall late in the piece when the bonnet on his Mercedes-AMG flew up due to earlier contact.

Read and Dienst retain the lead of the Junior standings on the way to Zandvoort on August 9-11. 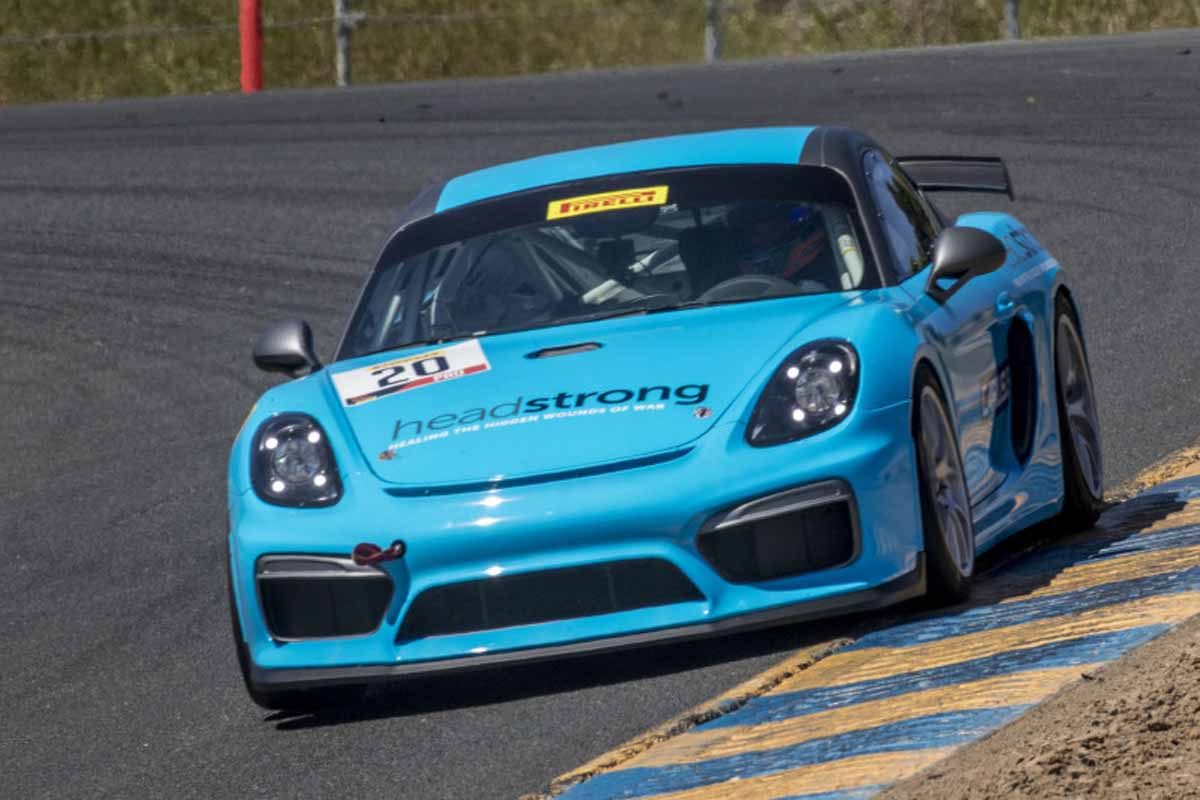 Matt Brabham claimed a brace of top five results in the Pirelli GT4 American Sprint round at Sonoma.

The 25-year-old claimed fifth having been relegated to the rear of the grid by starting officials, before improving to fourth on Sunday’s race.

The GT4 America series next heads to Portland International Raceway on July 12-14. 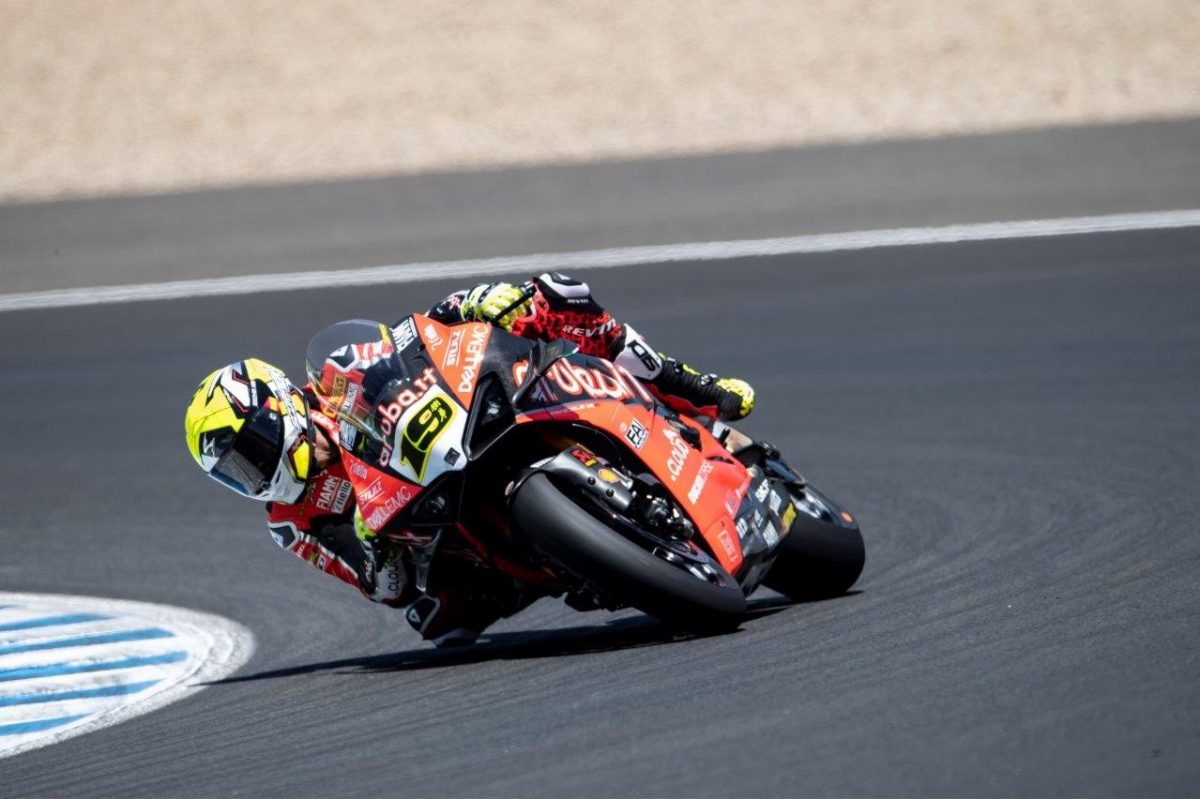 Alvaro Bautista took two runaway wins before crashing while leading in Round 6 of WorldSBK at Jerez.

Bautista was pipped to pole by Jonathan Rea but needed only five corners to take first position and won the 20-lap affair by over seven seconds.

The Spaniard was unchallenged in the Superpole Race, but lost the front end of his Aruba.it Ducati at the start of Lap 2 in the final race of the weekend.

Pata Yamaha’s Michael van der Mark, the best of the rest in each of the first two races, was able to shake off Rea and take a first victory of 2019.

Rea was penalised a position and sent to the rear of the grid for the Superpole Race due to knocking down Alex Lowes when he lunged at the Pata Yamaha at the last corner of Race 1.

The Kawasaki Racing Team rider was officially fourth in Race 1, then fourth and second in the two which followed, leaving him 41 points behind Bautista.