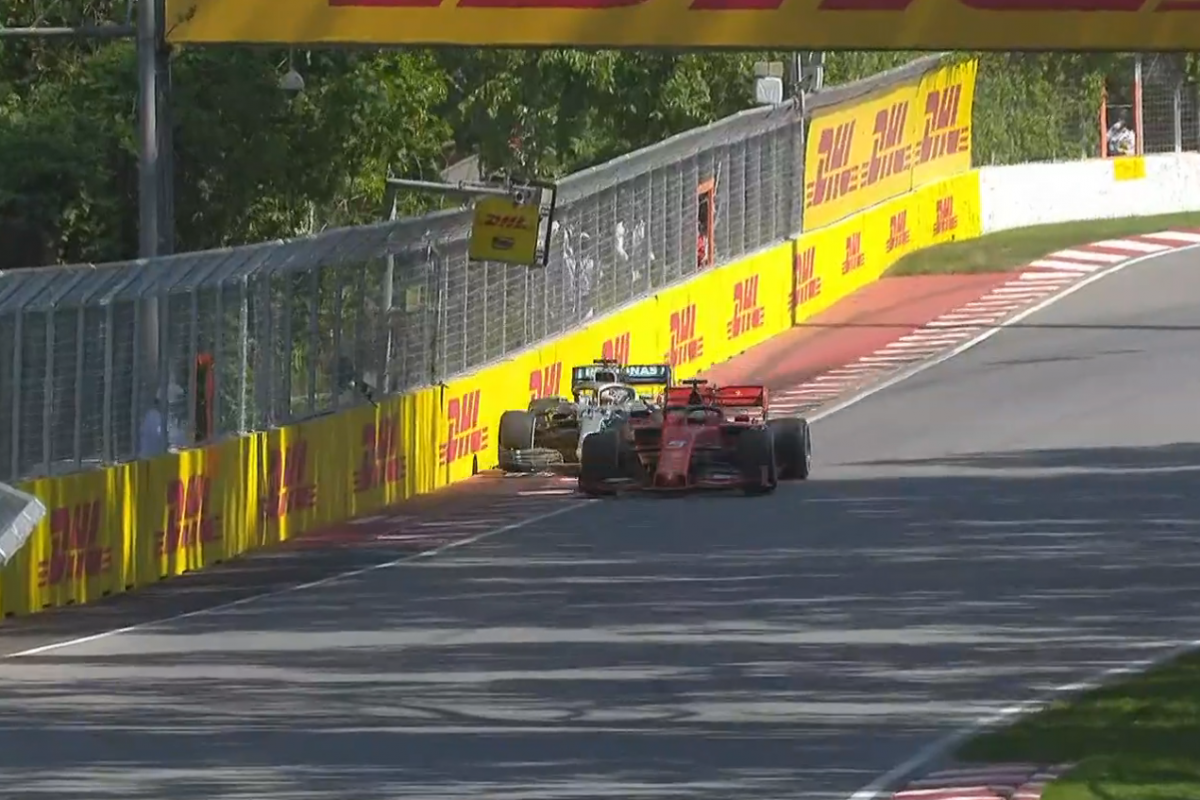 The exciting finale to the Formula 1 Canadian Grand Prix turned into an anti-climax when stewards awarded Sebastian Vettel a five-second time penalty, handing a controversial win to Lewis Hamilton.

It was a decision that met with almost universal condemnation from former drivers and pundits globally, while Vettel quipped “It’s not making our sport popular, is it? I mean, with these kinds of decisions, people want to see us race and that was, I think, racing.”

F1 is a heavily regulated category, to the point that there are rules designed to cover off elements such as maximum fuel flow, while designers spend a significant amount of time finding and exploiting loopholes in regulations rather than developing brand new innovations.

The sporting rules include restrictions around how drivers are allowed to defend their position on the track, and while blocking is allowed, there is a fine line which drivers must walk. They are only allowed to make one move to block, and must leave a car width of space if they move back towards the racing line.

In Vettel’s case, he earned the ire of stewards for an unsafe re-entry.

The stewards’ summary reads: “The stewards reviewed video evidence and determined that Car 5 (Vettel), left the track at turn 3, rejoined the track at turn 4 in an unsafe manner and forced car 44 (Hamilton) off track. Car 44 had to take evasive action to avoid a collision.”

Vettel had lost the rear end of his Ferrari on the way into Turn 3 on Lap 48 and his correction saw him run across the grass on the inside of Turn 4.

The German slithered back onto the race track all but in the path of Hamilton, who had to brake the Mercedes to avoid a hit with Vettel and/or the wall on their right.

When notification of the penalty came through with 13 laps remaining, the race was effectively over as a contest, as Hamilton needed only to tail the Ferrari home in order to take victory.

Vettel pleaded on his radio that “I had nowhere to go”, and the dirt on his tyres would have made Car #5 difficult, if not impossible, to bring back onto the track in a tidy fashion.

There is no question that Hamilton had to slow to avoid a collision, but there was also no intent from Vettel to cause a crash which would have brought an end to his own race as well.

While it can be argued that Vettel made a mistake and left the track, and should therefore face consequences, the punishment could also be considered heavy-handed in light of the fact that he was one of two drivers battling for victory in a Formula 1 grand prix and clearly on the limit, as evidenced by a small error a lap earlier.

Local spectators made their feelings clear, with Hamilton climbing the podium to a symphony of misdirected booing, but what do you think? Did Vettel’s punishment fit the crime? Cast your vote in this week’s PIRTEK Poll.

Next Story KBR full-time Supercars graduation 'not off the cards'