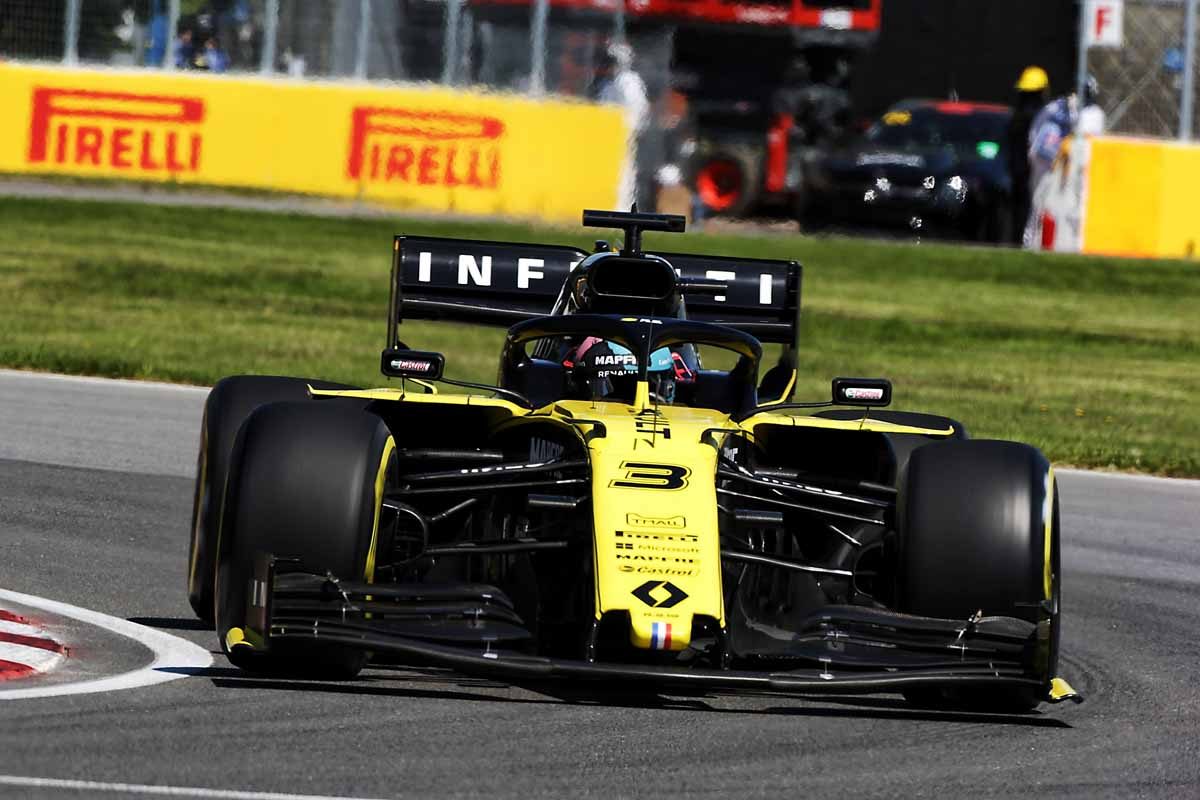 Daniel Ricciardo described the feeling of qualifying on the second row of the grid for the Formula 1 Canadian Grand Prix as ‘very sweet’.

The Australian recorded Renault’s best qualifying result in a decade, and its first second row starting spot since the 2010 Japanese Grand Prix.

Ricciardo out-qualified Mercedes’ Valtteri Bottas and Pierre Gasly (Red Bull) in the final push in qualifying, while Max Verstappen was eliminated at the end of Qualifying 2.

“Second row, it’s very sweet for sure,” Ricciardo said after the session.

“Especially once Max was out, we knew that in Q3 we could have a real run.

“I think as well in Q2, Gasly was about four tenths ahead of me, but I wasn’t that happy with my lap in Q2, so I knew there was some free time for me to take. ”

Ricciardo went half a second quicker in the final phase of the session, recording a 1:11.071s to head Gasly by just over a tenth of a second.

It’s the third successive race he’s made it through to the final part of the three-part qualifying format, leaving the 29-year-old to suggest he’s now on top of the car.

“I definitely got more comfortable with the car, really each weekend we do,” he said.

“Also, with the engineering team we’ve hardly touched the car all weekend.

“So, I think already coming into the weekend they kind of know more or less what I need from the car and what I like.

“When you don’t touch a car much on a race weekend there’s a good correlation between us.”

The improved Renault engine has also been put to good use, with four of the French marque’s power plants in the top 10; Nico Hulkenberg seventh, and the McLaren duo of Lando Norris and Carlos Sainz in eighth and ninth respectively.

“We’re always obviously keeping an eye on what McLaren (is doing). They’ve made a good strong start to the year, so to get all four cars into Q3 as well, it’s very encouraging,” Ricciardo added.

“We know that the engine’s been getting better and better, we’re squeezing more out of it. The fact that all four cars performed together in Q3, it’s good to see.”