Price in charge after opening leg of Finke 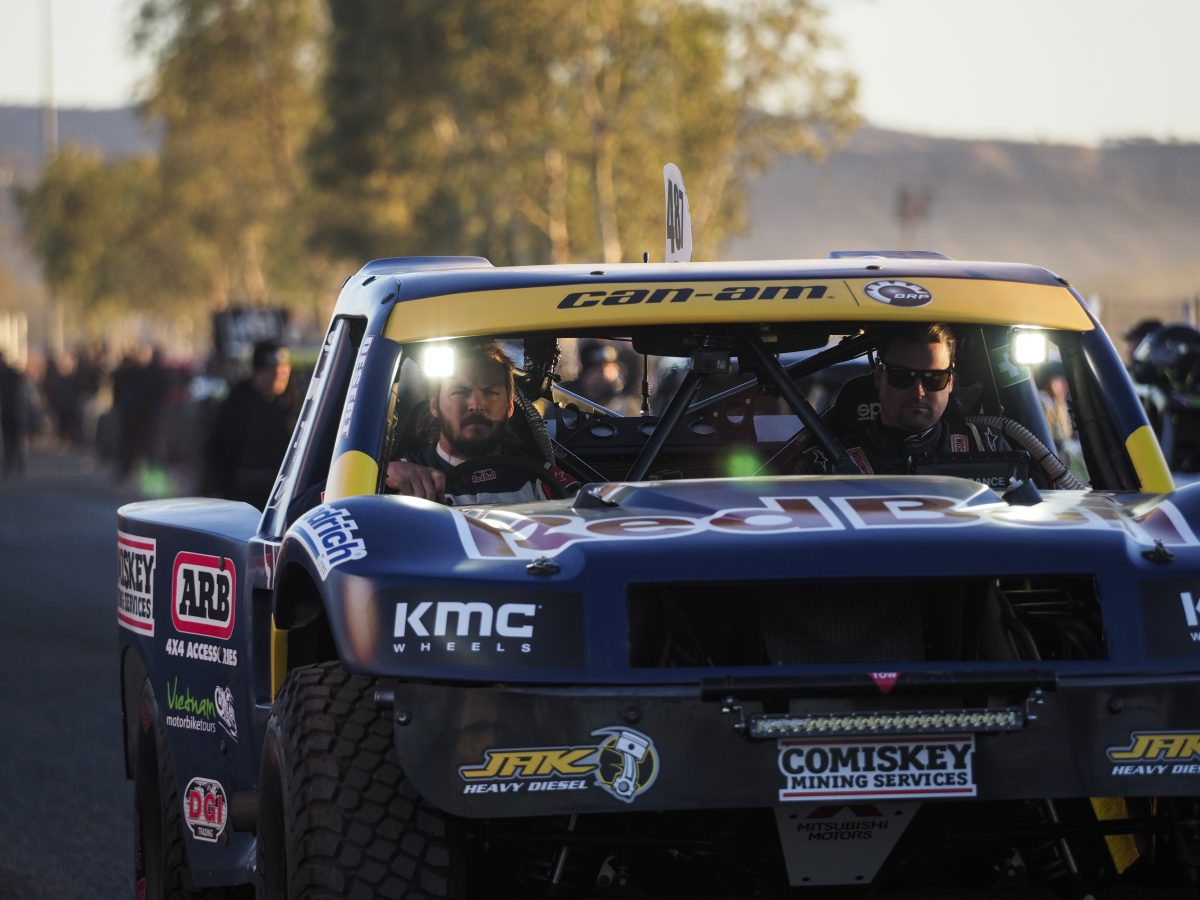 Toby Price and navigator Jason Duncan sit in a commanding position at the front of the 2019 Tatts Finke Desert Race following the first leg of the event.

Starting first, courtesy of winning yesterday’s Prologue, Price and Duncan reached Alice Springs with a margin of more than seven and a half minutes on the 226km trek from Finke.

Driving a Geiser Brothers Trophy Truck, the pair completed the course in 1 hour 44 minutes and 12 seconds.

Second is held by the PRO class entry of Jack Rhodes and David Pullino in a Jimco Aussie Special Nissan, recovering from a roll during the Prologue on Friday.

They improved 13 positions over the course of the day, having begun proceedings in 14th.

Last year’s winners Shannon and Ian Rentsch suffered a flat tyre between the Mt Squires and Finke checkpoints, leaving them 10th overall and more than 17 minutes back from Price/Duncan.

Brad Gallard, the 2012 winner, suffered a power steering failure that saw him register a DNF on the opening day, though hopes to rejoin the event for its return leg tomorrow.

Price and Duncan will now have to defend their advantage on the return leg tomorrow with cars rolling out from 0715 local time/ACST.

Next Story Walsh heads bikes at halfway point in Finke