O’Keeffe doubles up as Tanders collide in Race 2 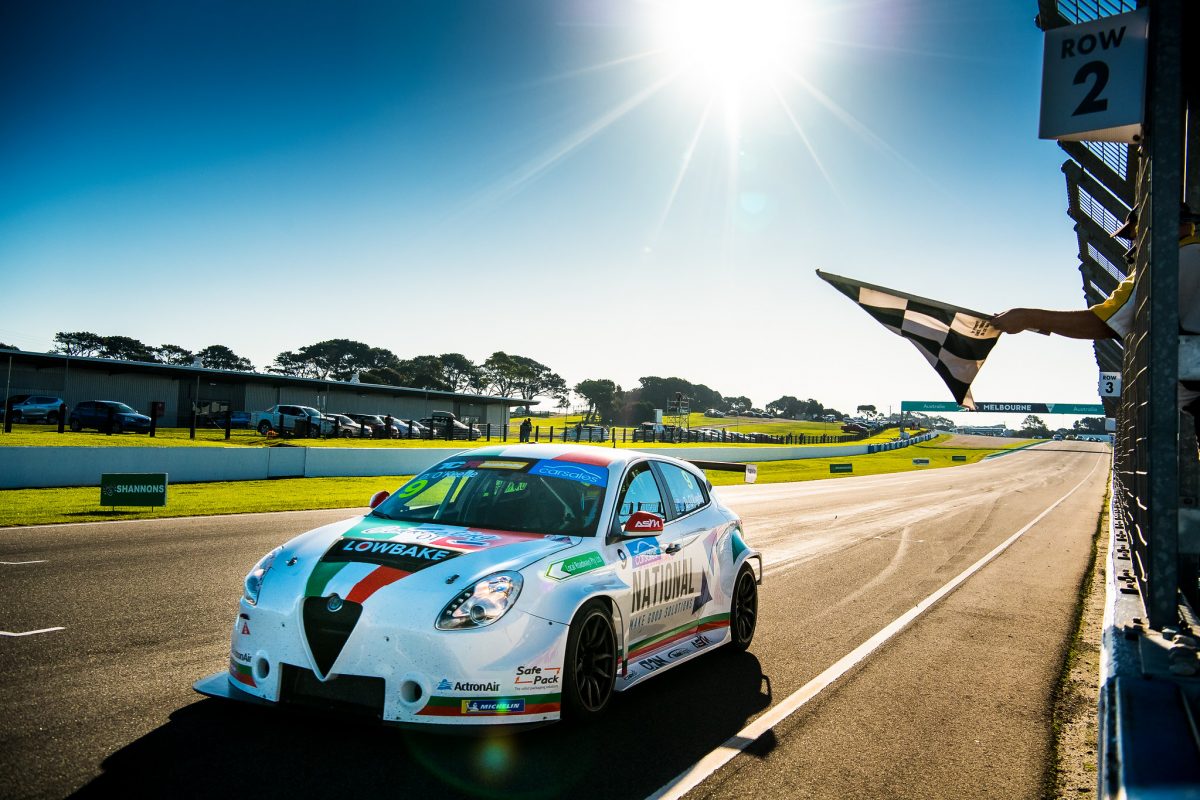 Saturday’s winner was once again in a class of his own taking the win by 6.2s in his Alfa Romeo from HMO Customer Racing’s Will Brown.

O’Keeffe briefly lost the lead to a stunning move by Brown on Lap 2 but a mistake later in the lap saw the lead change hands.

Once in front, O’Keeffe powered on to victory from Brown with Hamish Ribarits (Melbourne Performance Centre, Audi) completing the podium.

However, it all kicked off behind as Moffat, who started third ran wide at Turn 1 which sent his Garry Rogers Motorsport Renault spinning across the track.

Andre Heimgartner attempted to avoid the car but was hit by Garth Tander (Melbourne Performance Centre, Audi) in the rear, which sent the Kiwi off the road and out of the race.

The action continued at Turn 4 as the damaged Audi of Garth Tander was then involved in a three car incident.

Tander and Aaron Cameron (Melbourne Performance Centre, Volkswagen) made contact which then fired Tander’s Audi into the sister car driven by his wife Leanne Tander.

The two Audis returned to the pits with Leanne able to rejoin while Garth was forced into retirement. Cameron was able to rejoin at the back of the pack.

Racing continued without stoppage and the focus switched to battle for the lead.

Brown pulled off an impressive move to grab the lead from O’Keeffe at Turn 1 on Lap 2 but his advantage was short-lived.

The Hyundai driver ran wide at Turn 4 allowing O’Keeffe back into the lead.

The race settled down on Lap 3 with O’Keeffe edging away from Brown at the front.

D’Alberto continued fade as the race went on before suffering a right front puncture while occupying seventh fired him off the road at Turn 2.

His Honda team-mate inherited fourth but he too was forced back to the pits with five laps remaining with a right front puncture, which the team believed was down to debris on the circuit.

Morcom’s pace proved too much for Pither who surrendered fourth to the former Super2 driver.

After earlier contact between the pair, Alexandra Whitley (Alliance Autosport, Volkswagen) passed Moffat on the final lap to take ninth.

Rally ace Molly Taylor scored her best finish of the season to date in 11th, while Race 1 winner at Sydney Motorsport Park, Jason Bright, retired with a mechanical issue.

TCR Australia Race 3 is scheduled to start at 1420 AEST.