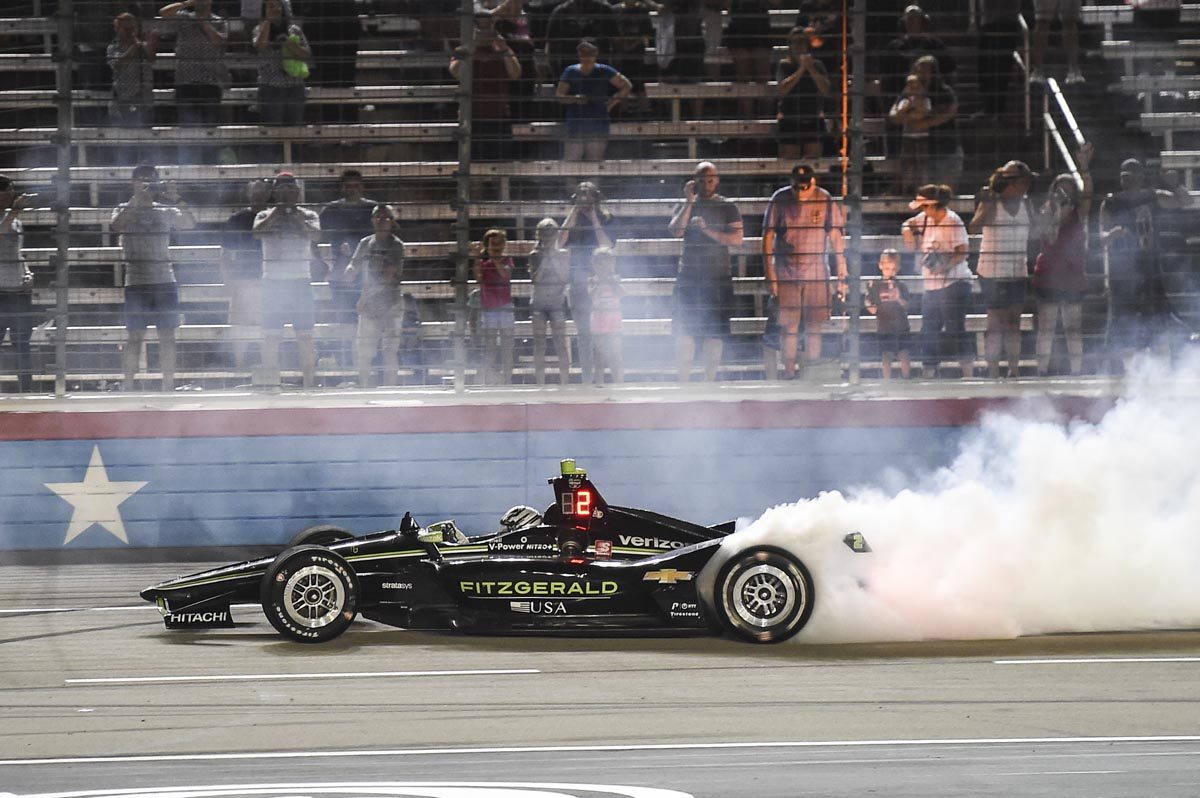 Championship leader Josef Newgarden has claimed his third win of the season at the DXC Technology 600 after keeping Andretti Autosport’s Alexander Rossi behind him in a close shootout to the end when a late Caution period surfaced.

After starting from seventh, the 2017 IndyCar champion driver fell down to as low as 10th position on Lap 10.

However, his alternative race strategy would boost his race when the first Caution emerged just after the halfway mark.

Zach Veach made an early exit from the race after slamming his Andretti car into the wall on the exit of Turn 2.

Newgarden and four other drivers including Australian Will Power and former Formula 1 driver Marcus Ericsson dived onto pit road, putting them on opposite strategies to the rest of the field.

Upon the restart, Newgarden put his head down, setting personal best times while managing his fuel.

As the majority of the field – including the leading pack of Scott Dixon, Ryan Hunter-Reay and Rossi – pitted around laps 176-190, Newgarden was able to stretch his second stop to Lap 202.

His earlier pace-setting lap times allowed him to emerge onto the race track in the lead with 45 laps to go.

Canadian James Hinchcliffe caused the second Caution of the race with 28 laps to go when he lost control of his car in the middle of turn 2, clipping the outside barrier and spinning down to the inside of the circuit.

At the restart, Newgarden set off in the lead, ahead of Dixon chasing behind. The 28-year-old held position on the inside, closing the door on Dixon creeping through.

However, Dixon would have his own problems to worry about behind.

Rookie Colton Herta would attempt a pass on the Brisbane-born driver along the back straight, but as Dixon went to defend his position – squeezing Herta to the apron of the track – he’d send the 19-year old into an uncontrollable spin, eliminating Dixon in the process and bringing out the third Caution period.

Narrowly avoiding the tangle, Rossi now had clear road to attack Newgarden for the lead on the final restart. However, Newgarden continued to hold his line on the inside, securing his first Superspeedway victory.

Newgarden took the win by a margin of eight-tenths, extending his lead in the championship to 25 points over second-placed driver Rossi.

Despite finishing a lap down, Power improved from where he started in 15th to claim ninth spot.

However, pole sitter Takuma Sato had a clumsy night in Texas, finishing 15th.

Approaching pit road for his first stop, the Japanese driver arrived into his pit box too quickly, hitting the left-front tyre changer.

Sato was issued a stop-go penalty after returning to the track two laps down, the mechanic was taken to the medical centre and released without serious injuries.

The series heads to the famous Road America circuit on 21-23 June.