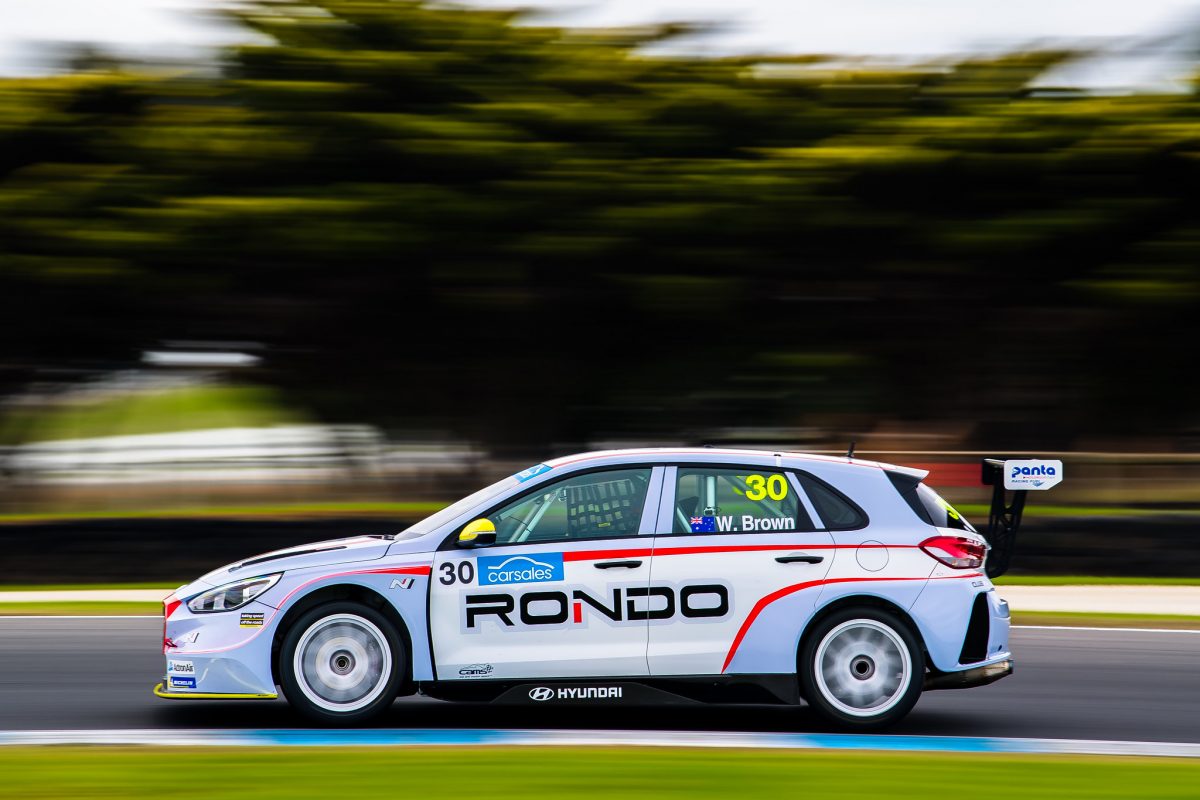 Will Brown came through a chaotic opening lap to head a HMO Customer Racing Hyundai one-two in the final TCR Australia race at Phillip Island.

The series leader managed to escape a carnage-filled first corner to grab the lead which he maintained after a lengthy Safety Car period to take a comfortable victory to return to the top of the standings.

Chaos ensued at the start which was triggered by Race 2 winner O’Keeffe losing control and spinning his Alfa Romeo off the road at Turn 1.

Hamish Ribarits (Melbourne Performance Centre, Audi) took to the grass to avoid the car and rejoined at the Southern Loop and appeared to run Chelsea Angelo (Kelly Racing, Opel/Holden) off the road in the process.

Garth Tander, who made the start in his repaired Audi, recovered a slide to avoid the pair.

However, worse was to happen behind as Andre Heimgartner (Kelly Racing, Subaru) made contact with the fast starting Tony D’Alberto, who then touched Wall Racing Honda team-mate John Martin into a spin.

The out of control Martin backed into the passenger side of O’Keeffe at speed causing big damage to both cars. Martin managed to bring the car back to the pits.

Alexandra Whitley (Alliance Autosport, Volkswagen) was also involved in the incident and was forced out of the race.

Racing eventually resumed on lap 7 after the Safety Car was immediately deployed.

Brown, who had assumed the lead at the start, bolted on the restart with HMO Customer Racing team-mate Morcom behind.

Rullo soon found himself under attack from a train of cars that saw him quickly fall to eighth.

Tander held firm to finish fourth with Moffat coming home in fifth which was enough to finish second for the round.

Heimgartner brought his Subaru to the flag in sixth ahead of Pither and Jason Bright, who surged to eighth from the rear of the field.

The top 10 was completed by Ribarits and Leanne Tander while Rullo dropped to 12th position having briefly held third.